One cannot claim to value peace and freedom while turning a blind eye to the many other disputes of the world.

Isha Umamageswaran
and
April 1, 2022
in
Representation
Image Courtesy of Dazed 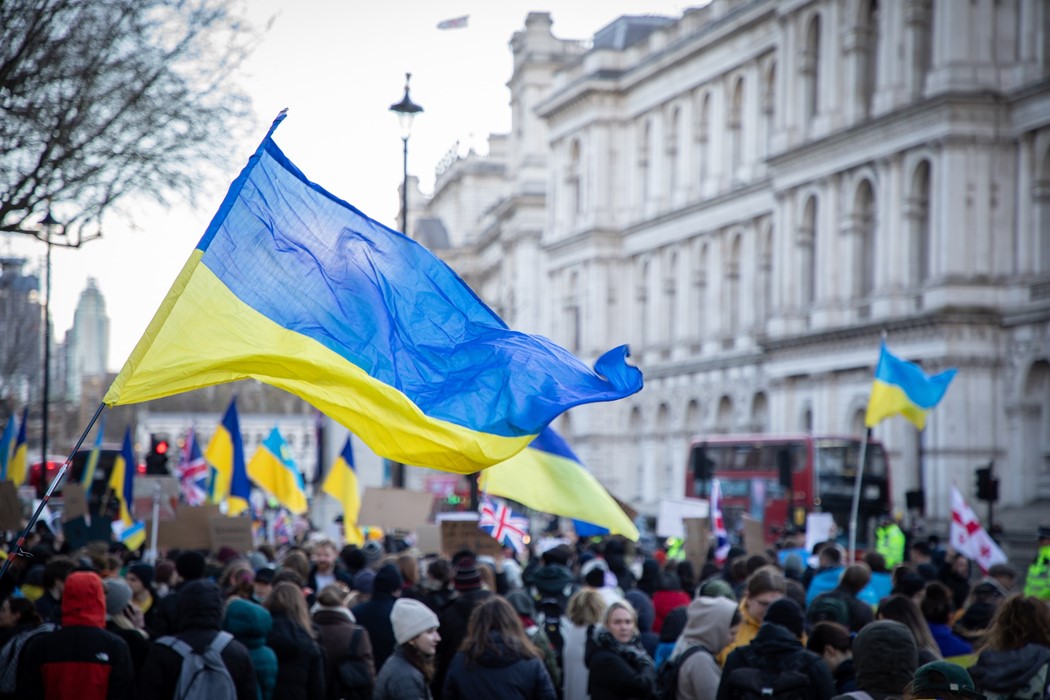 If you’ve been following the news, then you know about how Ukrainians are currently fighting for their freedom against Russian invasion. When the Russia-Ukraine crisis began earlier in the year, news outlets were quick to be the first ones to report the breaking news. Referred to by some as the biggest European war in recent decades, the events in Ukraine undoubtedly affected countries all over the world, as well as the large Ukrainian diaspora. Yet, other than news about the war, coverage of the crisis is revealing very deeply-run western biases that unsurprisingly exist in the political world. Why do reporters feel that a war in Europe is much more unfathomable than any to occur in Western Asia?

It’s clear that the Russia and Ukraine war is receiving more attention than any of the recent wars that have taken place— particularly in second or third world countries. This is not to say that the events in Ukraine shouldn’t be receiving the coverage and recognition they’re getting; rather, it’s meant to highlight that western broadcasters and journalists need to do a better job at giving at least near-equal importance to severe crises around the world. For example, the Ethiopian Civil War and Syrian Civil War did not receive the proper coverage and attention they deserve. To not give the people of these countries the recognition they require is to deprive them of the support of millions around the world. As James Jeffrey of The Progressive Magazine states, “... the civil war in Ethiopia, which has been going on since November 2020 and has involved innumerable atrocities, war crimes, famine, and displacement— all while garnering far less consistent media attention,” supporting the fact that media coverage is necessary for wartorn countries to heal and deal with the aftermath of war as well.

Many reporters covering the attacks in Ukraine have compared the nation to several war-stricken Western Asian countries, such as Afghanistan and Iraq. After several years of painting the Middle East as a devastated, war-ravaged region, people are proving that these stereotypes have indeed caused prejudices.

It is especially clear now in respect to the war in Europe; a notably upsetting remark by Prince William received immense backlash for its blatant insensitivity. On Thursday, March 10th, the prince said, “Everyone is horrified by what they are seeing. The news every day, it’s almost unfathomable. For our generation, it’s very alien to see this in Europe. We’re all right behind you.” Prince William seemed to mean that an extensive crisis such as this one is out of place in Europe, perhaps belonging to other regions of the world instead. Hundreds of Twitter and other social media users fled to alert the prince and the rest of the press involved that he was pushing a very dangerous, ahistorical narrative. “His caucacity after public backlash at Western media humanising White pain while dehumanising Black/Brown pain in #UkraineWar is a slap to our faces,” one Twitter user said.

However, Prince William was not the only person to make such ignorant claims. In a statement made on Saturday, February 26th, reporter Charlie D’Agata of CBS made an even more brazen remark by directly comparing the war in Ukraine to wars that have taken place in West Asia. “This isn't a place, with all due respect, like Iraq or Afghanistan that has seen conflict raging for decades. This is a relatively civilized, relatively European [...] city where you wouldn't expect that, or hope that it's going to happen,” D’Agata said. Though he later apologized for his racist remarks, the original statement left little to be inferred. D’Agata was clearly insinuating that, while common for countries like Iraq and Afghanistan, war should not take place in a region such as East Europe. This narrative reduces the problems and conflicts in West Asia to mere common occurrences, almost disregarding them as unimportant. The idea of war ‘belonging’ to the Middle East is a narrative that is extremely harmful to the people suffering in those countries, as well as to the millions listening worldwide.

The media’s racism and discrimination of developing countries is neither new nor unexpected. However, if people do not call out the disgusting behavior of racist journalists and news anchors, the world will continue to pick and choose which conflicts to stand up for. One cannot claim to value peace and freedom while turning a blind eye to the many other disputes of the world. The portrayal of Europe being a purely civilized and war-free continent while West Asia receives the opposite rhetoric is simply untrue and dangerous. To squash white supremacy and the larger colonialism narrative, society needs to first unravel the discrimination in media and the lack of support for conflicts outside of the Global North.