Last year's weather showed us how it looks like to live in a world that has warmed by 1.1 degrees Celsius over the past century.

Taskinul Huda Saquib
and
February 8, 2022
in
Environment
Courtesy of Reuters 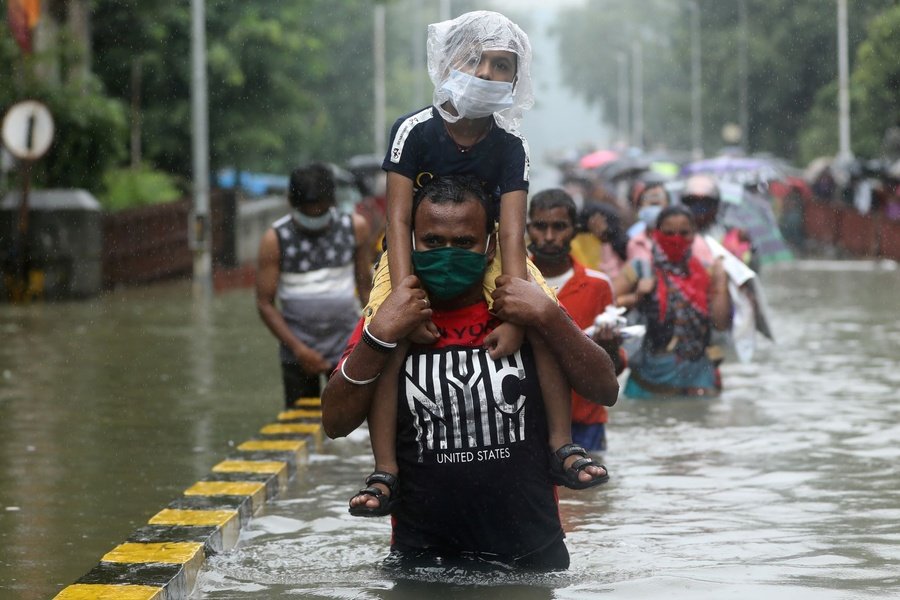 TIME’s top 100 photos of the year are always very impactful for me, and like other times, when we're boarding on a new train to the new year, I always look back upon the most significant incidents this year. While I was staring at my Windows screen and glancing over the photos published by TIMES as unique for 2021, I got goosebumps to see that almost half of it directly reveals how tumultuous this year was regarding the environmental disasters. After the standstill of 2020, we started coming back to everyday life. Still, our fate was sealed to go through the fourth warmest year of history, unprecedented heatwaves, everlasting wildfires, some of the deadliest hurricane attacks, and record-breaking floods and droughts. This year's weather showed us how it looks like to live in a world that has warmed by 1.1 degrees Celsius over the past century. In the latest IPCC report, climate scientists and researchers clarified the harsh reality of climate change. They included these five events in the worst weather events ever happened in history.

Between June-July of this year, the Pacific Northwest and Southern Canada- a region of 13 million people- became like a hot pressure cooker. Due to the imbalance in the temperature of eastern and western Pacific water, dense, tropical, and western air started blowing eastward. Eventually, that warm air got trapped in the jet stream—a current of air spinning counterclockwise around the globe and ending up on the U.S. western coast. "When you get high pressure over the West, it keeps that warm air over the West," says Andrea Bair, the climate services program manager for the National Weather Service's western region.This heatwave then acts like a heat dome and causes a historical surpass in temperature. For the first time ever, temperatures in this region reached 100 degrees Fahrenheit with similar trends occurring globally. A mountain of study reports that about one-third of the yearly heat-related deaths can be pinned directly on climate change. It also came into our concerns that the intensity of heatwave would have been "virtually impossible" without the planet-warming greenhouse gases emitted in the last 120 years. And it's those poor, low income, and old persons who have been suffering most from this heatwave. Farmers see their berries roast on their vines, and their livelihoods suffer, while children die of heatstroke, and their families mourn.

The covetous grip of drought

In August, for the first time, the U.S. reported a shortage of water in the Colorado River and forced water cuts. One of the river's most essential reservoirs, Lake Mead, dropped to historically low levels. The "megadrought" in North America has been gripping since 2000, and in conformity with a report, climate change is making it the worst ever in over 1000 years. In the U.S., the people of Africa and the Middle East also witness the severity of drought. Even some countries like Kenya, South Africa, and Mozambique experienced 75% of the African region's floods and droughts. For the Middle East nations, the temperature has increased double the global average. It also has resulted in a border conflict, political and social unrest, weak state capacity, and other types of war.

In California, the Dixi wildfire of 2021 was the second-largest wildfire in the state's history, which evacuated half a million acres and some 400 homes and sparkled a string of busy fire seasons to the west throughout the year. In August, while people in Greece were spending free time in their ancestral homes, a fire blaze grasped one-third of Evia, the second-largest island of Greece. These fast-moving blazes had already swallowed some stunning wilderness of the country. Extreme heat during summer (after 1980, Western Mediterranean nations never experienced such glooms in weather), severe drought for months also culminated in the wildfires in Turkey, Italy, and other parts. A monitoring station in Sicily of Italy reported 48.8C (119.8F)—levels some scientists believed could have been the highest in European history. In August, about 500 blazes had dispersed across Sicily and the Southern Calabria region. It has also caused severe air pollution near the fire-affected areas, and this year it's seen as a far-flung impact. Smokes of the Oregon Bootleg's fire hazed the sky from Boston to North Carolina in July 2021. Most surprisingly, Siberia's wildfires have been bigger than all the world's other blazes combined. Although they were not destructive towards any major settlements or infrastructure, they pumped huge amounts of carbon into the atmosphere. Many climate experts see the staggering scope of this year’s fires as another sign of greater fire risks on a warming planet that is potentially being made even hotter by huge carbon emissions from the blazes.

More intense rainstorms result from warming temperatures; every 1.8* F (1*C) rise in the atmosphere yields  7 percent more moisture in the atmosphere. With more water at their disposal, storms have the potential to dump enough rain to cause flooding. This happened in 2021, and we experienced an overpass of annual precipitation around the globe. In Zhengzhou, China, one day of rain exceeded a year's worth of average yearly rainfall; 33 people died, and eight went missing. From the 12th to the 15th of July, heavy rain led to severe flooding, particularly in the German states North Rhine-Westphalia and Rhineland-Palatinate, as well as in Luxembourg and along the river Meuse and some of its tributaries in Belgium and the Netherlands. In British Columbia, 20 towns set rainfall records. "Point toward a widespread one-in-50 year event, with many locations seeing a one-in-100 year event. That is putting into context how bizarre this event was," remarked Armel Castellan, a meteorologist at Environment Canada. British Columbia had to declare a state of emergency for heavy flooding and undergo a mammoth cleanup effort. In August, Hurricane Ida targeted the U.S. east coast after conquering the coastal areas of Gulf states associated with a record-breaking rainy day and flooded away from Maryland to New York. More than one million homes and businesses in Louisiana and Mississippi were left without power after Ida toppled a significant transmission tower. New Orleans was plunged into total darkness before electricity began returning to parts of the city days later. In January, Cyclone Ana hit Fiji; in April, Cyclone Seroja hit Indonesia and East Timor, triggering flash floods and landslides.

At the beginning of this year, Madrid experienced its heaviest snowfall since 1971, caused by Storm Filomena. Meteorologists have commented, calling it " very exceptional and even historic" . Hurricane Ida, fuelled up by climate change parameters, exemplified rapid intensification. It continued its laying waste from Orleans to New York while on the way, it plunged several U.S. states into complete darkness after electric towers had been dismantled by its top winds clocking at 150 mph. Researchers found later that this storm grew in a matter of hours from virtually nothing into a beastly storm, nourished by pockets of hot waters in the Gulf of Mexico that currently measure about 85 degrees Fahrenheit, several degrees warmer than average. This year, six cyclonic storms hit India, and a few veered away from expected regions without damage. In contrast, the others created wreckage, leaving colossal property loss, throwing lives & livelihood out of gear. Scientists have predicted the increase of more intense winter storms due to the instability of the barrier between cold Arctic air and warm tropical air. The unprecedented deep freeze in Texas or icy cold weather in Alabama can be considered today's example of the scientists' warnings.

As the world’s weather becomes more tumultuous, the public may be starting to perceive climate change differently. A national survey showed that 70 percent of Americans surveyed thought climate change influenced the weather. In the poll’s 14-year history, climate change belief was the highest it’s ever been: 76 percent of Americans surveyed believed it was happening, and 52 percent thought they were being personally affected by it: Edward Maibach, an expert on climate change communication at George Mason University stated, "Temperature is continuing to rise and alongside making world communities aware of climate disasters day by day."

2021 bewildered our minds with worldwide environmental tragedies and convinced us most stunningly of the possible consequences of climate change in our life. And hence we showed up in events like COP-26. From the end of October to the second week of November, delegates from 200 countries of the world met and agreed to two significant deals to phase down the use of coils and other fossil fuel subsidies and evaluate the remaining ten years of Goal 2030: "Reduce enough emissions to keep the planet below 1.5 degrees of warming."