With a dramatic decrease in public gatherings and fewer people outdoors, overall crime rates have decreased by roughly 25%; however, domestic violence reports have simultaneously increased. 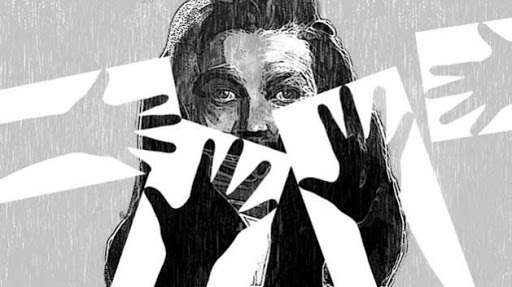 In March of this year, the world went into lockdown to contain the spread of the novel coronavirus. With a dramatic decrease in public gatherings and fewer people outdoors, overall crime rates have decreased by roughly 25%; however, domestic violence reports have simultaneously increased. According to a study by The Economist, incidents of reported domestic violence have risen by 5% in Chicago, Kansas City, Los Angeles, and Memphis. Typically, there are spikes in domestic abuse reports when families spend more time at home during the holidays. But with worldwide restrictions, reports are expected to skyrocket, with 31 million more cases of domestic abuse projected should the government order COVID-19 isolation for another few months, and 61 million if the restrictions continue for the rest of the year, based on statistics from CBS.

This problem is not unique to the United States.  It can be seen in the Middle East as well as Latin American countries, where there has been a visible increase in violence against women, according to The Council on Foreign Relations (CFR). The unique global lockdowns have created an even more unsafe environment for domestic violence victims. In Spain, domestic abuse hotlines have received an 18% increase in calls between now and the month prior to the lockdown; French authorities reported a 30 percent increase in domestic violence; and domestic abuse cases in Britain increased by 20 percent, just in the first week of lockdown according to the New York Times.

Domestic violence usually goes underreported as victims are often silent about their abuse to avoid more harm. Normally, half of all domestic abuse victims choose to go public with their case. But now, even fewer are coming forward as there are limited opportunities to seek help and victims have no respite from their abusers. The shutdown has caused many shelters to close or limit their capacities and hours. Additionally, since people are locked in, abusers are less likely to leave the house, thereby not affording the abused the opportunity to seek help or call hotlines.

An additional contributor to the increases in domestic violence, specifically intimate partner violence (IPV), is the lack of resources at this time. With more people taking time off of work, reported cases are taking longer than usual to be processed by authorities, which is leaving victims in abusive situations for more time. Moreover, jails have been deemed high risk areas for COVID-19 to spread, leaving judges less likely to send abusers to prison, based on research done by Psychology Today. Another root of increased violence at home stems from overall frustration of economic uncertainty. Specifically in rural areas where small businesses are struggling to stay open, increased economic tension in addition to limited social mobility contributes to a more dangerous home environment for those who are suffering. Recent data show that 22.5% of women in rural areas report IPV while 15.5% of women in urban areas report the same, based on a study reported by the Women’s Health Journal. While there is limited data for this year thus far, previous patterns of increased abuse during times of economic distress suggest that the increase is due partly to financial struggle.

For friends, families or even associates of victims, it is even more important in times like these to support those who are suffering from domestic violence. It must be a priority to make sure that victims are heard and given access to helpful institutions, such as the National Domestic Violence Hotline. In such sensitive situations, it is vital that those who observe abuse take on the responsibility to make the call and end the cycle of abuse.

If you or someone you know is suffering from domestic abuse, please know that there are resources for you.

Here is a resource that contains additional steps to take if you are in an abusive relationship or household.

If you are unsure whether or not you are suffering from domestic abuse, this is a resource to help you find out.