The Civil Rights Act of 1964 covers race, sex, religion, and national origin; however, two identities that have yet to be included are transgender status and sexual orientation. 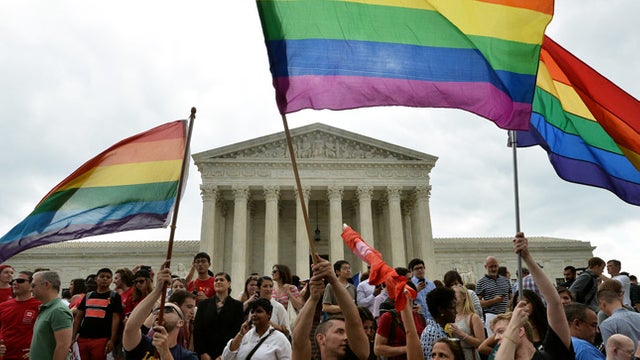 In July of 2013, Aimee Stephens sat down to write a letter to her coworkers and friends. She felt as though she needed to come clean about her life as a transgender female, that this would be the only way to “end the agony in [her] soul.” However, Aimee’s letter had a much greater impact than she had imagined it would. Two weeks after giving this letter to her boss at R.G. and G.R. Harris Funeral Homes, she was fired.

The Civil Rights Act of 1964 covers race, sex, religion, and national origin; however, two identities that have yet to be included are transgender status and sexual orientation. The Supreme Court is looking to vote on this change in the act next term as three cases of workplace discrimination, including that of Aimee Stephens, make their way there.

Last year, Justice Anthony Kennedy retired and was replaced with Justice Brett Kavanaugh.  The replacement of a champion of LGBTQ+ rights concerned activists, but in the context of the vote on the Civil Rights Act of 1964, many are worried about a possible negative outcome.  According to MAP, states that allow discrimination on the basis of sexual orientation or gender identity are home to more than half of the United States’ LGBTQ+ population. If the change in the act is rejected, the number of states in this category could grow.

As a member of the LGBTQ+ community, I have only one thing to ask the employers that discriminate against us: What did we ever do to you?  All we are doing is trying to live our lives, trying to gain access to employment, to what every single other person is allowed to have, but you are turning us away simply because you don’t like what we represent.

A good percentage of the country will have their eyes on the Supreme Court when they make their final decision on the inclusion of gender expression and sexual orientation in the Civil Rights Act of 1964.  Whether as a victory or a loss for the LGBTQ+ community, this vote could shape the country for years to come, and it could not be cast any sooner.