An interview with Jane Kuo, a Chinese and Taiwanese American author, on being a first-generation immigrant, culture shocks, advice to the world, and her upcoming novel, In the Beautiful Country.

Linda Lin
and
May 31, 2022
in
Representation
Courtesy of Goodreads 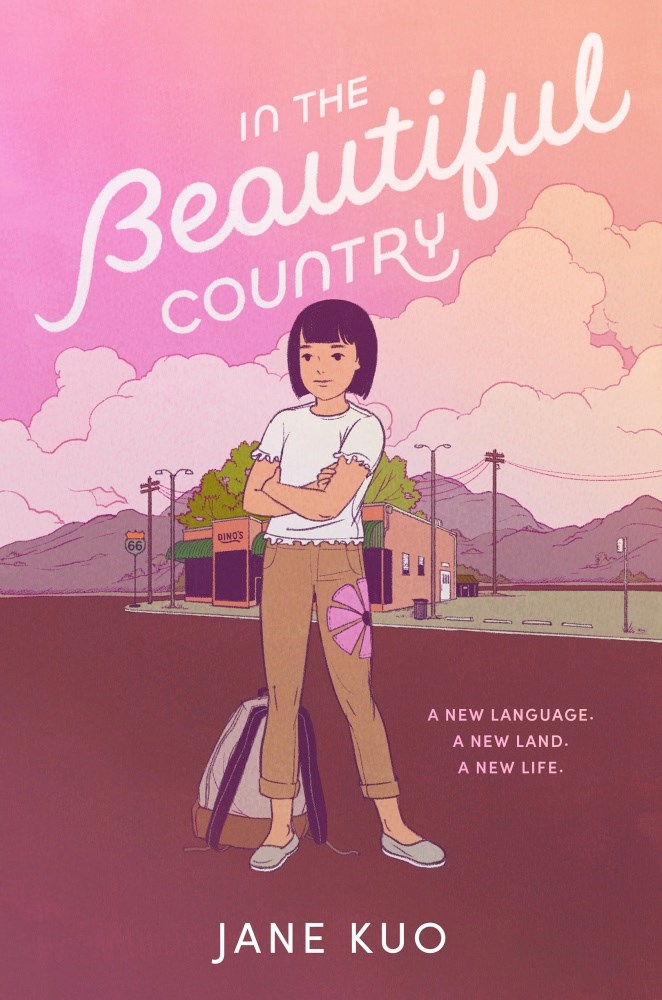 Despite the historical oppression they have faced, Asian Americans have now taken the lead as the fastest-growing racial and ethnic group in the United States, numbering nearly 20 million strong in 2020. With that being said, representation matters now more than ever: Asian voices in America can no longer be overlooked and ignored.

“Voices” come in an abundance of forms: speaking, performing, rallying, or even just being present. For Chinese and Taiwanese American writer Jane Kuo, middle-grade literature is her weapon of choice.

Behind each Asian American individual is an immigrant’s story, and Jane Kuo’s upcoming novel, In the Beautiful Country, pays homage to the transformational journey. Kuo’s stunning narrative in verse follows young Anna’s immigration story as she discovers “a new language, a new land, and a new life.”

The Asian American Experience, Through the Eyes of Jane Kuo

How did your upbringing affect you, your novel, and/or the decisions you have made in life?

Are you regretful of any particular aspect of your childhood that you feel you perhaps missed out on?

My experiences in childhood have made me who I am. I didn’t play much as a kid. I had to grow up fast and I’ve spent a lot of my life rueful of that fact.

The thing is, I feel like these last few years, I haven’t focused so much on what I lost. Because writing is playing. Making art is the adult equivalent of doing cartwheels at recess. My imagination, which was dormant throughout much of my childhood, is alive and well now. I’m so grateful.

What inspired you to publish your writing?

Honestly, writing has been the most difficult thing I’ve ever done in my life. Okay, well maybe giving birth to my eight-pound-plus baby without an epidural was the most “labor-intensive” but that only lasted 12 hours, while writing a book has been a long-concerted effort of showing up daily. I figured if I was going to tell a story, then I really wanted to tell a good story. And I didn’t want it to be only “good enough” or something just for me and my family. So then, I figured if I was going to go through all that effort then I might as well hone my craft, read a bunch of books on writing, and try to get published.

Addressing the title of your novel, In the Beautiful Country, and the ways in which Anna, the main character, receives a culture shock upon arrival in the so-called "beautiful country:" was this cultural shock something you personally experienced as an Asian American? How did it affect you?

Definitely, I experienced a brick wall of culture shock. I felt almost a sense of betrayal when I first set foot in America because I realized the name for this place— the beautiful country— was a misnomer. I didn’t think this place was beautiful at all. And then only gradually— and over a long period of time— did I see the beauty that was around me.

What would you say is the theme of your novel? What do you want your readers to get out of "In the Beautiful Country?"

I don’t do well with big, sweeping statements but I can give some one-word answers about the themes of the novel: forgiveness, hope, restoration, and love.

What does Asian American literature mean to you?

I guess the simple answer would be that Asian American literature is a compilation of writing created by Asian Americans. But I also think it’s a conversation, almost like an ongoing dialogue about the Asian American experience. In this way, my book is really just a response to all the other books, both Asian American and otherwise, that I’ve read. And I hope that someday, a person will be so influenced by my book (in addition to a pantheon of other books), that she’ll pen a response. I’m really looking forward to that day.

In a country rooted in immigration, there is a shockingly rare presence of literature that so openly presents the process of moving to a new country. In the Beautiful Country, predicted to be released June 14, 2022, is one more novel added to fortify the strength of Asian American literature.

As a thought-provoking narrative on the immigrant story of the millions of Asian Americans residing in the United States, In the Beautiful Country might just be the perfect novel to top off your summer reading list.

‍Pre-order In the Beautiful Country by Jane Kuo here.