Lydia Chun
and
July 3, 2021
in
Activism
Courtesy of Thinglink 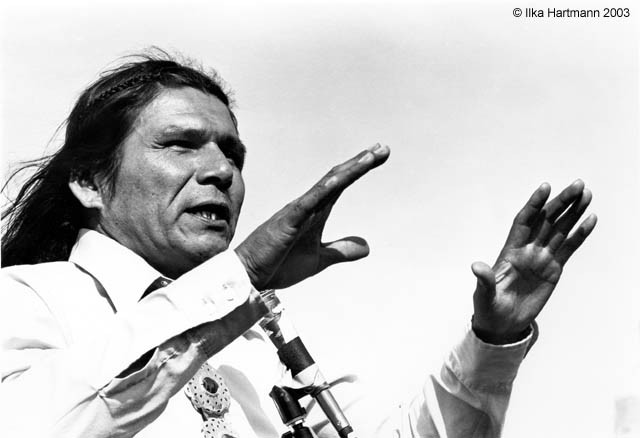 October 29, 2017 marked the tragic passing of Dennis Banks, Anishinaabe Native American activist and co-founder of the American Indian Movement (AIM). He died of pneumonia after an open heart surgery.

For several decades, Banks fought for Native American rights, leading protests and spreading awareness of the horrid conditions his people were subjected to. He is best known for the 71 day siege at Wounded Knee, the battlefield of the final armed conflict between federal troops and the Indian tribes, where 300 Sioux Indians were, unfortunately, massacred. Banks led approximately 200 protesters to seize and occupy this famed ground. Protesters were angry because of the US government’s failure to fulfill treaties; “Trail of Broken Treaties” as Banks had called it. As this event gained national limelight, many American Indians saw those standing in defiance of the government which had often failed them, and further rushed to join the movement. AIM leaders and supporters surrendered after officials promised to investigate their complaints. However, the fact that Congress took no steps to honor the broken treaties only pushed Banks to continue fighting fiercely for the rights of Native Americans.

He was sentenced to prison, charged with conspiracy and assault, and later, due to government misconduct, was acquitted. Two years later, he went on the run after the incident at Custer County Courthouse. He had gathered the AIM activists to protest against the decisions of the court to charge a white killer of an Indian man of manslaughter rather than of first degree murder. During this incident, destruction of police cars, fires at the courthouse, and injuries to both protesters and police occurred. Banks was convicted of rioting and assault. He ran, citing fear of death in jail, as the reason. He found sanctuary in California and New York, but later surrendered, and spent 14 months in jail. Upon release, Banks moved to the Pine Ridge Reservation where he provided addiction counseling, and ran a rice and maple syrup company in order to bring jobs to the tribes.

Gathering over 65,000 votes, he was eventually nominated as a vice presidential candidate to the Freedom Party in California.  After the decades of service and dedication, Banks passed away post surgery complications. His children and grandchildren exclaimed, "We proudly sang him the AIM song as his final send off.