Defying Stereotypes Through Fashion: How DOE Shanghai Founder Terry Zhu Did the Impossible

To Zhu, it wasn’t about reaping in profits or designing unwearable haute couture pieces, but rather it was about telling a storyline about the Chinese community around the world. 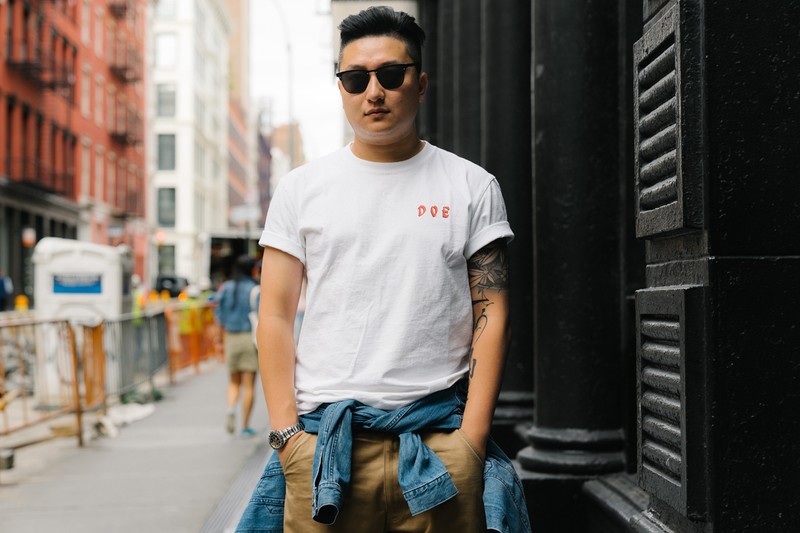 Ingenious and insightful visionaries aren’t everywhere. We imagine them as the moguls and gurus, yet we never mention those trying to influence the culture and image of a country and beyond. Terry Zhu is one of the latter. Inspired by the trips he took to Paris and Amsterdam, he saw the scene of street culture turning foreigners away from the stereotypes to draw them into the mesmerizing complexities of cultural beauty. And it didn’t take long for Zhu to confidently leave the corporate job he held to defy the stereotypes of China.

There are an innumerate amount of ways to defy stereotypes, as it can be done not only through the conventional, traditional ways of education and activism, but also through the art of fashion. It wasn’t long before Zhu realized the mass market potential of making unique fashion lines telling a story and feeding an experience to customers would be revolutionary in China. To Zhu, it wasn’t about reaping in profits or designing unwearable haute couture pieces, but rather it was about telling a storyline about the Chinese community around the world. With two others, John created the fashion line DOE in 2014, turning it into the entity we see today which, according to Zhu, “delivered a modernized Chinese image [for consumers].” The once stereotypical images that display China as the haven of dragon, silk, phoenix, and pandas or claim China isn’t open to Western influence and culture aren’t accurate. As Zhu described the situation, “that was the era before the ‘70s or ‘80s, [and] after China opened [to the West], it has become like China 2.0.” Zhu, consequently, wants his business to tell the story of China 2.0. His desire was to erase the superficial pictures of Chinese culture, the shallow surface shown in Chinatowns across the world. “We, DOE, [as a brand] want to tell a true, authentic story,” said Zhu. This brand is Zhu’s chance to represent the culture with the “right vision.”

Inspired by the influence of other European brands promoting individual culture, Zhu made sure that his brand wasn’t “selling pride for China” and that it solely represented the culture of past and present Chinese communities. In a 2019 interview with HYPEBEAST, Zhu insinuated the purpose of much of his merchandise was to have “stuff that represents our community.” For example, the 5th anniversary tee representing “Chinafornia” isn’t just a term, but is instead trying to express the deeper meaning of Chinese immigrants in California attempting the American dream. DOE’s idiosyncratic designs are presented to share the sophisticated culture of China to everyone around the world. Such was Zhu’s attempt to modernize the image of Chinese culture through his fashion line that defied the stereotypical views foreigners had on China.

In Zhu’s world, he believes that his business is not only telling an “ode”  about the other side of Chinese culture that many–even Chinese people themselves–often ignore. Setup of the shop with an interactive experience for customers is for them to learn something, “a lifestyle.” Zhu added, “We learn when we experience something in life, and I believe [that] we see fashion as a story.”  As a former corporate fashion worker, Zhu had noted that foreign companies saw Chinese consumers as ones who depended on bland, tasteless consumerism. And DOE is supposed to bring “a global movement” to elevate consumerism using fashion to defy stereotypes. Many Americans see China as a distant country and a general negative impression yet, as Zhu stated, “they don’t realize how many Chinese people dedicated their lives for the American dream and how many of them love the United States. I want to show that everything [every culture] is connected [to each other].” His tees “We the People” and “Chinafornia” exemplify his passion to show Chinese stories.

Fashion is accounting for a specific time period; for Zhu, it’s a physical piece of poetry. In his world, the story isn’t about the country, its politics, or praising its government, but instead is about him selling a piece of Chinese culture and history to people all around the world. Really, like his tee shirt states, it’s the “World Recoded” through fashion.

A letter for all people who identify as cisgender