Decade in Review: A Period of Acceptance & Change

With the New Year and 2020 mere hours away, we wanted to take a moment and reflect upon the past decade with you all.

Srilekha Cherukuvada
and
December 31, 2019
in
Activism
Courtesy of Record Searchlight 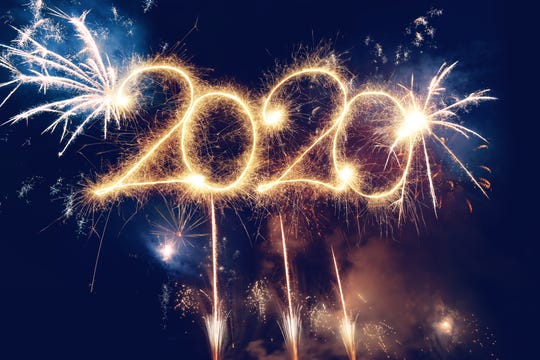 With the New Year and 2020 mere hours away, we wanted to take a moment and reflect upon the past decade, to look back at the change that was made, the impact of activism, the rise and fall of social rights globally, and the coming-of-age of a new and empowered generation.

2010 was an entirely different world than the one we’re in right now. Steve Jobs was still the CEO of Apple and he had just launched the iPhone 4. Seven generations and countless “plus”s later, here we are: 2019. We are about to transition into a whole new decade. We are a decade older and stronger. We advocate for change. We care and accept. We are better, more ethical, and more capable. This is a new human race, more innovative than ever before. This decade defined us and changed us to become who we are now: stronger, faster, and better.

We have come so far just in inventing and selling new technology. Video quality went from standard to UHD. In 2010, there was no such thing as Spotify or Twitch in the US; now, over 26 million US citizens are active users of Spotify and more than 15 million are active users of Twitch.Facebook bought Instagram, and Tinder was launched. The age of social media suddenly exploded with new applications, tv shows, scandals and more.

Not only this, but this decade’s advancements have allowed for miracles and new opportunities. A blind man drove for the first time because of Google’s spectacular innovations with the self-driving car. New vaccines, health innovations, cars, iPads, printers, organs, and more have changed lives continuously throughout the decade.

On the other hand, technology and innovation have, despite providing the integrated world we all live in now, caused a number of scandals and horrifying events. YouTube has been a breeding ground for events such as these, including Logan Paul and his insensitive statements in Japan’s notorious suicide forest and Sam Pepper kidnapping his friends for a prank in a bid for views and likes.

Technology and innovation have risen above the other factors this decade and truly created a more integrated world. Talking with people across the entire world has become faster and more accessible. They have changed our lives in some of the best ways possible.

Our world wouldn’t be this refined and globally integrated without the activists and social justice movements fighting for a better world. Equality has been the goal of countless movements, and the youth all around the world have risen to join the frontlines. We have banded together as a society to fight for a world that we all want.

Youth activists have increasingly created publications and organizations, like Lune Magazine and Overachiever Magazine, where they stand up for what they believe in. These publications have gained popularity in the social justice realm, garnering support from all over the globe.

Meanwhile, the ‘Me too movement’ took the forefront this decade, bringing about buzz in social media with #metoo. Sexual assaults became even more critical to stop nowadays because of the people working hard to bring light to the gruesome acts some have committed. Stepping up and fighting for the basic rights in this movement is now a priority.

In the same realm of equality, “BlackLives Matter” and the LGBTQ+ movements toward legalizing samesex marriage made significant strides toward a more equal world. President Barack Obama legalized same sex marriage in 2015 halfway through the decade, a move that other countries either condemned or followed suit.

Finally, youth activists have stood for gun control in the March For Our Lives movement. They held rallies, created posters, and spoke out multiple times to persuade people to fight for gun control. Efforts for this movement are expected to continue into the next decade.

Politics and the government also largely defined this decade. From global issues, like the military intervention in Libya, to the internal national and state issues, governments across countries have tried to make the world a better place. However, many times the government didn’t meet the overwhelming needs of the public.

For one, President Donald Trump’s election angered many, bringing about a movement against the electoral college. President Trump also made history this year by after being impeached by the House of Representatives. In addition, the US government shut down three times within the last decade: in 2013, 2018, and at the end of 2018 going into 2019. The Flint water crisis, which caused much public disarray, was also a notable event on the state level.

However, this is not to say the government failed in doing its job. President Barack Obama signed the Paris Climate Accord and legalized same-sex marriage. These strides towards a better future didn’t go unnoticed by the public.

This decade, our society has grown together stronger than ever after enduring some of the hardest and deadliest of events. America lived through 180 school shootings and 356 victims. From Ethiopian airlines flight 409 to Malaysia airlines 370 to the Chile earthquake, society has stood together to recover.

Advances to our healthcare system greatly improved the quality of care we received in the last ten years. From groundbreaking research in the human genome, to the death rate by heart disease dropping by 40%, to grand efforts to reduce public smoking, to stem cell research, to target therapies for cancer, to combination drug therapy, to minimally invasive robotic surgery techniques, to battling ebola and the zika virus, we have never stood stronger. Health innovations have made humans healthier than ever.

Our culture has never been so interconnected and beautiful. Rather than redefining our culture, we have spent time growing and learning about it. We’ve learned about different languages, food, movies, and music.

We wrapped up the Harry Potter series and were gifted with two Frozen movies. The Handmaid’s Tale provided a look into a dystopian future. At the same time, hits like Game of Thrones and Modern Family fared well for over half the decade. We’ve seen Hamiliton and listened to the best singles, including “Old Town Road,” “Shape of You,” and “Rolling in the Deep.” We’ve seen the rise of artists and culinary experts. We’ve seen it all.

This decade, our culture was defined by the growth and expansion of technology, leading to new music styles and movie quality that we have never seen before. We have crafted our culture to be more accepting and receptive to change. This culture is what defines us for future generations to emulate.

Even though Steve Jobs, Cameron Boyce, Prince, and countless others are not with us anymore, we have come so far as a society this decade. Despite the problems we have, we fought together through struggles and stood up for what’s right. We have redefined this world as integrated, accepting, strong, and ever-changing. Let’s continue to do so this next decade.