As an Indigenous woman who identifies as a thirty-fifth generation New Mexican and a member of the Laguna Pueblo tribe, her nomination to lead the Interior Department was a triumph for a coalition of reformists and Indigenous pioneers

Jane Vu
and
March 28, 2021
in
Representation
Courtesy of AP News 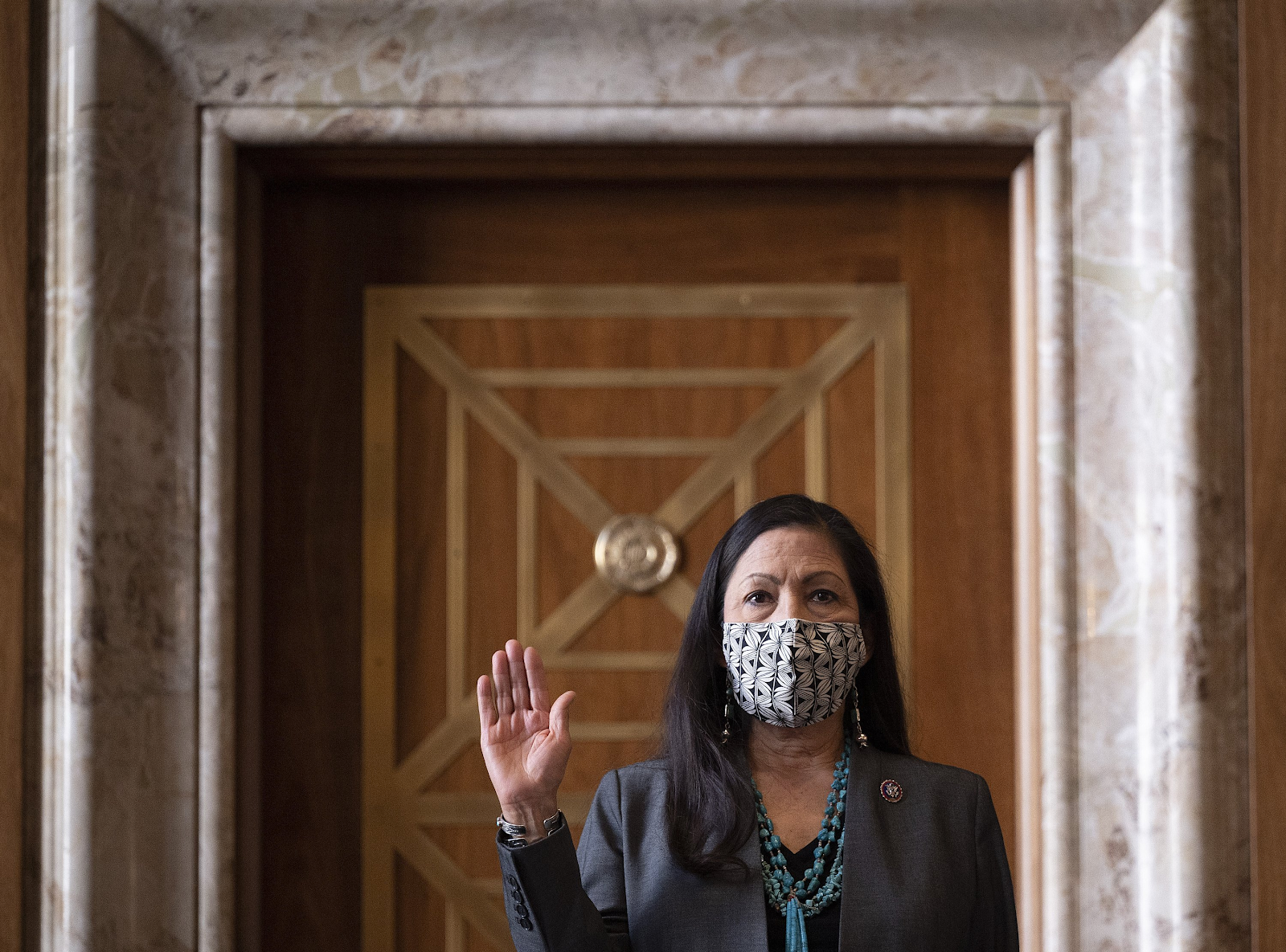 Deb Anne Haaland is an American politician currently working as the 54th U.S. Secretary of the Interior. She was born on December 2, 1960 in Winslow, Arizona to a Native American mother who had served in the United States Navy and Norwegian Minnesotan father who served as an officer in the United States Marine Corps. As a little girl from a military family, she moved quite frequently. Haaland went to 13 schools across the United States before her family settled in Albuquerque, New Mexico.

Later in 2012, she served in President Barack Obama’s 2012 presidential re-election campaign as the state’s vote director for Native Americans. In April 2015, she was elected a two-year term as the chair of the New Mexico Democratic Party from 2015 to 2017. During her tenure, New Mexico Democrats recaptured control of the New Mexico House of Representatives and the workplace of the New Mexico Secretary of State. Haaland has been credited with modifying the state party after significant losses for Democrats in New Mexico in 2014. She collected sufficient cash during her two-year term as chair to take care of seven years of obligation caused under past chairs. Afterwards in 2018, she had made history and became one of the two first female Native Americans to be in Congress.

On Monday, March 15, 2021, the Senate had voted to confirm Haaland as President Joe Biden’s interior secretary. The Senate vote was 51 - 40 due to the fact that nearly all Republicans opposed her due to her “extreme” perspective on the use of public land and fossil fuels. All Democrats and four Republicans (Senators Lindsey Graham of South Carolina, Susan Collins of Maine, and Dan Sullivan and Lisa Murkowski of Alaska) had voted for her. She will also be taking part in President Joe Biden’s plan on handling the climate crisis and decreasing fossil fuel emissions.

Republicans who opposed Haaland's assignment criticized her for her past remarks on fossil fuels and her answers that they felt were deficient at her hearing. Senator John Barrasso, a Republican from Wyoming and the positioning GOP representative on the Senate Energy and Natural Resources Committee, had said, “Representative Haaland's policy views and lack of substantive answers during her confirmation hearing, in my opinion, disqualify her for this job.” Throughout her hearing she said, “There's no question that fossil energy does and will continue to play a major role in America for years to come” and later added, “Our climate challenge must be addressed.”

The Department of Interior has been guided by 53 secretaries in its 171-year history. As Secretary of Interior, Haaland is sixth in line of succession to the presidency, as claimed by the White House. The Department utilizes approximately 70,000 individuals in eleven authorities known as:

As secretary, she will supervise all of these 11 bureaus.

During her hearings, Haaland described the moment by saying, “The historic nature of my confirmation is not lost on me, but I will say, it is not about me. Rather, I hope this nomination would be an inspiration for Americans -- moving forward together as one nation and creating opportunities for all of us." Furthermore, she told the press that her motivation to take this role was to “protect this land.”, adding “We want to protect this country, and that means protecting it in every single way."

As an Indigenous woman who identifies as a thirty-fifth generation New Mexican and a member of the Laguna Pueblo tribe, her nomination to lead the Interior Department was a triumph for a coalition of reformists and Indigenous pioneers. They had battled to lift one of their own to an incredible government seat that administers common assets, public terrains, and Indigenous issues. The Smithsonian Magazine had asked their native readership for their opinions of Haaland’s confirmation, one response was as follows:

“It’s such an emotional event that has occurred. I feel like this is a day that will live forever with Native people and especially Native women. I’m proud to know that such a momentous achievement happened in my lifetime and that my daughter was able to witness it as well. I tell her the sky is the limit, just look at Deb! One step for Deb, one giant leap for Native Women everywhere in the US. We are a country that is only now beginning to recognize ‘liberty and justice for ALL’

Many Indigenous people across the United States hope that she will spread more awareness and enact policies that will aid many Native communities.