Katie Jain
and
February 23, 2020
in
Justice
Courtesy of Common Dreams 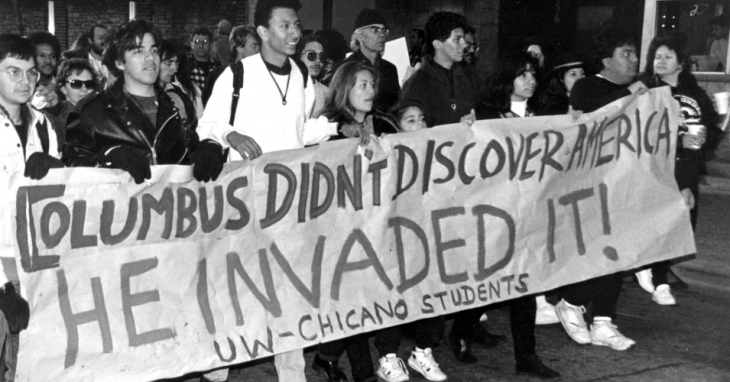 Did you know—when you came to America—the precedent you would be setting for centuries to come? Did you know that your imperialism and colonialism would continue to permeate throughout future generations? That it would be with you in their minds that men such as Andrew Jackson would think it justified to displace millions of natives, forcing them from their homes, indifferent when they died by the thousand. That hundreds of years later, that same community of people would stillbe trapped, stripped of their culture, suppressed in their ideas, and dehumanized?

Did you know—when you came to America—that you were paving the very foundation on which a pattern of institutionalized racism and slavery would grow to ruin countless lives? That, even after slavery was abolished, even after people began to fight for the minorities that you oppressed, the mindsets you fathered were impossible to overcome? That innocents such as Philando Castile, Alton Sterling, Trayvon Martin, would be shot because our society has yet toaccept the fact that no one person is more inclined towards crime because of their race?

Did you know—when you came to America— that you did not discover it, but invaded it instead? Did you know that you did not “save” the Natives or help anyone besides yourself, and in fact were one of the only true "illegal" immigrants? That even your name for the indigenous people was racist and bigoted and ignorant? Did you know that cultures existed before you pulverized them, before you imposed your own beliefs upon societies that did not need you?

Did you know that even though you did not create all of the problems that have and will inevitably come, that even though you are not solely to blame for the ignorance that has torn families apart at the border or shot innocent black citizens under the guise of liberty, you are no hero. You are undeserving of praise or a day to call your own.

Dear Christopher Columbus, today is not Columbus Day. Today is not a day in which you and your genocide, terrorism, and rape will be celebrated. Today is Indigenous Peoples' Day, supporting and empowering those who had no voice in the continent you imperialized. It is time to reject your legacy in favor of one that deserves to be heard and learned from. In favor of one that deserves to thrive.