Nawaal Ahmad
and
December 25, 2020
in
Guns in America
Courtesy of Time Magazine 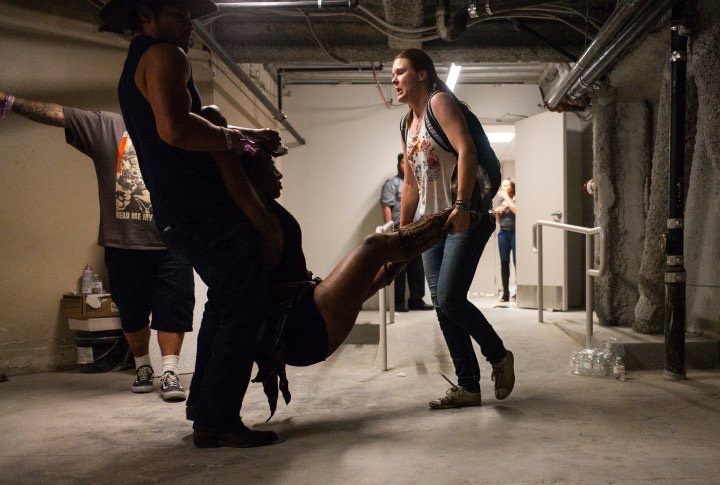 “Deadliest Mass Shooting in U.S. History”-- I have seen that newspaper headline for the third time in my life now. I am sixteen years old. The first time I sat through the grueling 24/7 news coverage was following the gut-wrenching Sandy Hook Elementary shooting in 2012. At that point in my life, all I could think of was everything that community lost and everything those children lost. They didn’t get to see their first day of high school, let alone middle school. They didn’t even get close to sitting through their grueling high school U.S. history lectures. They didn’t get to watch their siblings learn how to ride a bicycle on the same one they did. They didn’t get a chance to witness all of life’s good and bad; all they got was the ugly. I reference this horrific event because not only were students’ lives taken, but so were teachers’ lives. They protected those children like it was their last day on this earth, and for most, it was. They were true heroes.

True heroes emerge in the wake of chaos. Many victims, just hours after being injured , rushed to show their gratitude and thanks to those who risked their lives by heading back into the crossfire. Horror-struck victims didn't even know what was happening to them until it had already happened. Stories have emerged from survivors of heroic people who  took bullets for complete strangers. Some may have be hoping to catch their rescuers in their last hours while others realized the least they could do was recognize their anonymous heroes by name. Many died shielding strangers-- strangers who were someone's sister, someone’s son, someone’s best friend.

Did the shooter ever think about what would happen to Jordan McIldoon, who died holding a stranger’s hand, a stranger who stayed by his side for hours after he passed to ensure his body wouldn't end up as a nameless one? Or about John Phippen, a father of six children, known as friend to all in his community? This person wrongfully snatched the strings of Fate and used hedge clippers to chop them into bits and pieces. Their names will be added to the list of those whose lives were taken too soon by a gun. The victims of this tragic incident, like those before them, will be remembered as heroes and Samaritans in the wake of mass chaos. They will be remembered as victims of an unjustifiable action. They will serve as a reminder to all that in this America, not everyone is always guaranteed safety. The intentions of the few and the cowardly will create disaster, but the heroic acts of those who have already lost so much and seen so much lost will always outweigh that disaster.

The names and stories of these victims will ring in our ears as the “Deadliest Mass Shooting in U.S. History.” Unfortunately, those who weren’t directly affected by this event will eventually erase this headline from their memory. At least until they realize it was too soon to dismiss such a present issue, and more lives have been lost, and more headlines have already been titled. With constant news coverage, we have become desensitized to the recurring headlines. Even if we were not directly affected, this is a loss for all Americans. How we react during and especially after this atrocious tragedy will in some way determine the attitude and motivation of American society and our willingness to change. We cannot fail to address a piercingly prevalent issue that is clearly affecting our American populace. We cannot take the word “freedom” for granted. We cannot fail to recognize and remember the fallen heroes of yesterday because they continue to be the role models for future heroes and leaders everyday. They don’t deserve to be gone; they deserve to live through their glory. Their lives may have been cut short, but their last moments were shining moments of courage and virtuosity amidst terror.

Three Years After the Parkland Shooting, Advocates Continue to Push for Gun Reform