The Uighur Muslim population living in China has been targeted and suppressed due the erasure of the heritage and rich cultures of these minorities. 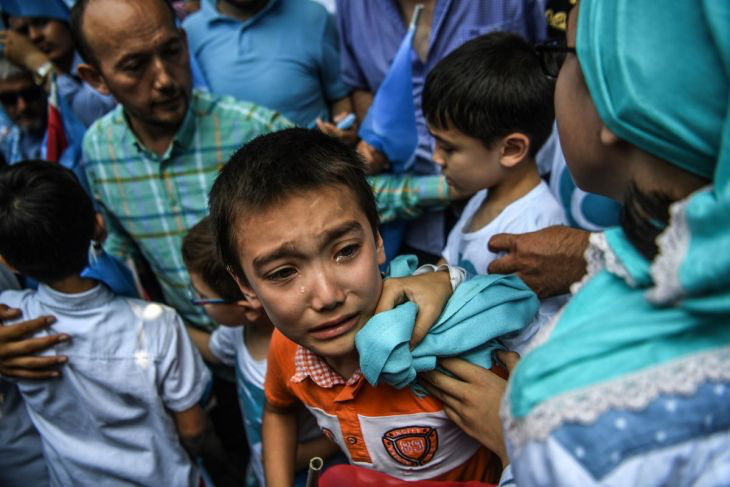 In this day and age, we believe that civilization has progressed morally. We believe that we have improved since the horrifying Nazi concentration camps imprisoned and slaughtered millions. Unfortunately, the horrendous treatment of Muslim populations in China contradicts this sentiment.

China has been silently detaining over a million Turkik Muslims in the Xinjiang Province. The Uighur Muslim population living there has been targeted and suppressed due to the communist party’s advocacy of sinofication—the erasure of the heritage and rich cultures of these minorities by any means possible.

Insights from United Nations committees and Human Rights Watch have revealed the existence of “re-education camps” in the region. Those forced into the camps are subjected to intense scrutiny and surveillance. They are also compelled to assimilate by learning Mandarin and renouncing or criticizing their own faith. These camps not only restrict religious repression but also commit serious human rights abuses. The realities inside these camps become even more disturbing when escaped detainees relay their experiences: "They wouldn't let me sleep, they would hang me up for hours and would beat me. They had thick wooden and rubber batons, whips made from twisted wire, needles to pierce the skin, pliers for pulling out the nails. All these tools were displayed on the table in front of me, ready to use at any time. And I could hear other people screaming as well."

An international tribunal in London is also reporting forced organ harvesting, even as the detainees are still alive. Chinese official Hu Lianhe said these reports were "completely untrue" and continued to express the Xinjiang region is simply a region of the country where the communist party offers vocational education to respond to “ethnic separatism and violent terrorist criminal activities.” This is the excuse the communist party is using to justify their actions.

Many fear that these appalling conditions will be spread to China’s Hui Muslim population. They have escaped the Chinese wrath thus far, but their safety has begun to become compromised. Many Hui communities have been attacked: their mosques shut down, religious leaders jailed, and schools destroyed. This systematic removal of religious freedom and basic human rights must not be taken lightly. The international community has reacted to these destructive policies by creating a coalition of 22 UN Member States to oppose the suppression of religious freedom and human rights of Muslims in China. The United States has supported criticism of China and has imposed visa restrictions on Communist Party officials.

The actions of China aren’t unique to their country.  It is a pattern of behavior against the Muslim population of the entire world, from the Muslim travel ban in the United States to hate crimes in India. This issue boils down to a simple concept: the fear of diversity.  When a group is unique it is easy to write them off as different. Different seems incomprehensible and becomes something to be apprehensive of. Each distinct individual is labeled as dangerous and it becomes far too easy to exclude and persecute them.  Instead of living by this logic, open yourself up to diversity and educate yourself If you do so, perhaps we can close this divide. One person cannot affect the ongoing situation in China, but we can make sure our nations stand up against such crimes against humanity and ensure it does not occur in our homes.