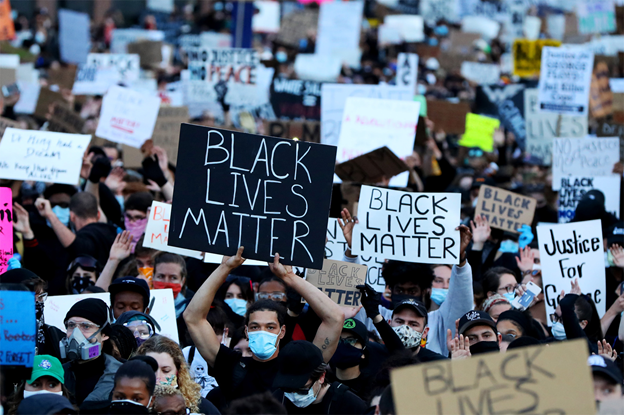 For eight minutes and forty six seconds, the world watched in horror as former Officer Derek Chauvin kneeled on George Floyd’s neck, killing him in front of objecting bystanders. Floyd’s murder elicited immediate responses from pundits, activists, celebrities, and ordinary people alike, who posted paragraphs on social media voicing their disgust and advocating for police reform. People came together to organize mass protests condemning the current policing system and calling for action. In response, America’s leading corporations also pledged billions of dollars to racial justice. However, as time passed, so did the public outcry of support for equality. So, we must hold our commitments accountable and follow up on these corporate pledges. Where were the billions of dollars directed to go? And how effective were they?

According to an investigation conducted by the Washington Post, approximately 50 billion dollars were pledged collectively by America’s top-tier companies for racial equality initiatives. Sadly, it was found that 45.2 billion were spent on investments that the companies would profit from, specifically loans and mortgages which they stand to make money from if individuals fail to pay them back, and the remaining 4.2 billion were actual donations that targeted specific racial equity factors. The primary intent of these donations was to promote economic growth within the Black community through increasing educational opportunities and offering more jobs. Google donated 50 million dollars to HBCUs in order to open the doors for Black Americans in the tech industry. Additionally, companies like JPMorgan Chase have focused on narrowing the homeownership racial gap. After examining the allocation of these pledges, it’s evident that minimal money is spent on criminal justice organizations, which work to solve one of the primary agents of systemic racism behind George Floyd’s death: policing. Companies may be fearful of making donations that appear controversial, and could be simply aiming to create a facade of activism that doesn’t ruffle the feathers of their right-leaning consumers.

Corporate America’s facade of philanthropy does not stop at the allocation of their money; it also encompasses the total money pledged. For an average American, the 100 million dollars that Apple pledged to racial equity seems immense. The number is so grand it paints Apple to be a superstar activist, fighting for improvement in the racial sectors. However, the 100 million pales in comparison to the 55.3 billion dollars the company made in 2019. In fact, Apple’s donation money was only 0.18 percent of its annual profit. This trend also appears among companies like Amazon and Microsoft, who pledged around 0.1 percent of their annual profits. These numbers only solidify the insincerity of these “donations,” which are really virtual slaps in the face to both Black Americans and true activists who are willing to donate their hard-earned money in order to pioneer change without personal gain. However, not all companies have adhered to this trend. There were companies that lost large profits, like Lyft, Uber, and Pinterest, and still managed to donate hundreds of thousands of dollars to racial reform. Lyft’s money came in the form of ride credits to civil rights organizations which have helped give necessary transportation, and Pinterest’s money went toward free marketing and supporting community businesses. Their method of philanthropy demonstrated truer concern for the advancement of people of color; these companies were willing to take another loss to their profits in order to allocate money for Black Americans.

There have been some improvements to arise out of these pledges. Amazon and Apple have increased Black leadership within their companies, and Airbnb and Peloton have even made Juneteenth a paid holiday. While it is difficult to truly track the efficiency of these pledges considering that not many companies are willing to release the records of these finances, the donations have garnered serious attention to the racial inequity within the workplace and society. However, Black Americans deserve more than a retweet or social media post. They deserve an economic system that not only allows but encourages their ascension. They deserve a workplace that respects their beliefs and backgrounds. Most importantly, they deserve a society that doesn’t interpret their presence as a threat and allows them to flourish as individuals without systemic barriers.