Overlooking the subjugation, crime, and racism that defines the history of colonialism.

Jesse Roy
and
December 15, 2019
in
Justice
Courtesy of Zagat 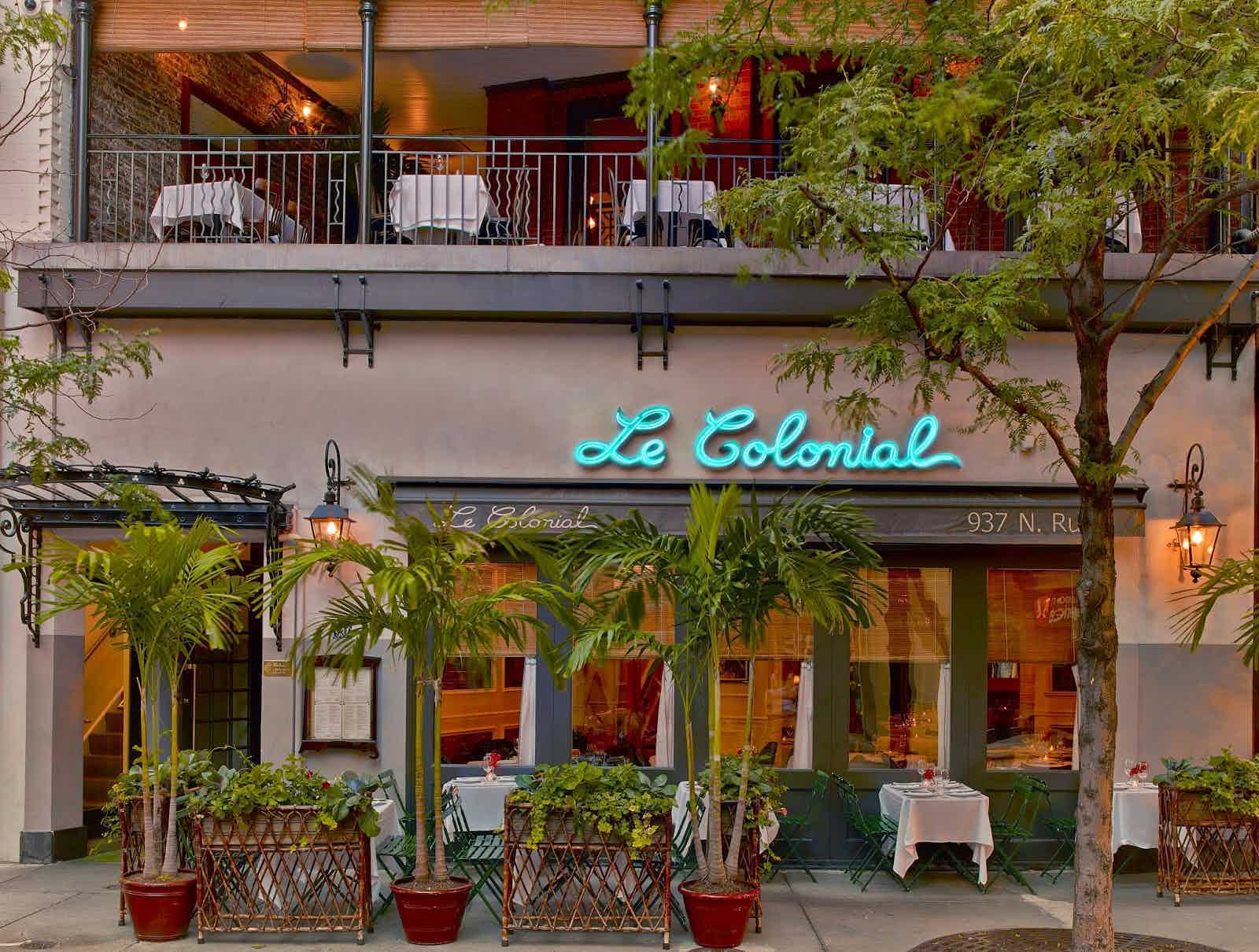 Perhaps the first things you notice as you walk into Le Colonial, an upscale restaurant advertising itself as a portal to the “beauty, romance, and spirit” of French colonial Southeast Asia, are the framed, vintage photographs of 1920s Vietnam that scatter the walls. As a waiter leads you to your seat, you pass potted tropical plants that grace elegant, antique furniture. There’s no leaving now—Le Colonial’s mystical aesthetic has already enraptured you.

Since Le Colonial launched its vision of a colonial-themed restaurant 20 years ago in Chicago, dozens of restaurant owners have followed suit, attempting to utilize colonial culture as a selling point despite the history of brutal subjugation that it evokes. England, in particular, has seen the emergence of a culinary market that feeds off of nostalgia for the country’s colonial past. In 2010, a group of English-Indian entrepreneurs erected Dishoom, a London café modeled after those that prevailed in colonial-era Bombay. Dishoom has rapidly gained popularity, having been praised by Yelp users as the best UK restaurant in 2015. A similar London café, Gymkhana, has thrown its hat into the ring, creating an atmosphere reminiscent of the Raj.

Recreating England’s colonial past is a lucrative marketing strategy not only in the restaurant world: in 2005, the centuries-old East India Company, the joint-stock company that led England’s conquest of India during the 18th century, was bought and transformed into a seller of Raj-inspired sweets and accessories. Though its polished website and refined products are  attractive to the eye, the modern company’s array of pricey goods—coffee, chocolate, biscuits, golden coins, all ostensible artifacts of colonial India—draw their appeal from a highly purified version of the original East India Company, which pioneered the early opium trade and suppressed Indians and their sovereignty.

As someone who loves exploring diverse culinary traditions and gets gratification from writing restaurant reviews, I always savor the opportunity to try out restaurants with exotic roots and diverse menus. However, while enjoying food from past worlds sounds like an enticing experience to me, I do consider historical mindfulness a meaningful criterion when assessing the ethics of a business, and though integrating the supposed “feel” of colonial history into the aura of a restaurant can attract customers, doing so also overlooks the subjugation, crime, and racism that defined it.