It’s high time leaders from the Middle East fought together against climate change to save our planet.

Taskinul Huda Saquib
and
November 18, 2021
in
Environment
Courtesy of Reuters 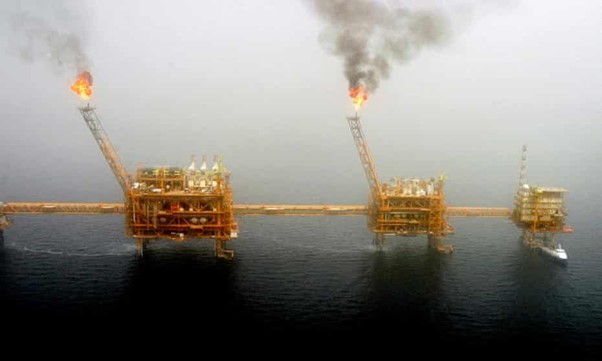 It leaves no question when we discuss the contributions of oil, coal, and other non-renewable energy resources to increase the world’s temperature. Inevitably, Middle East countries will come into the spotlight when you turn your attention towards the producers and suppliers of this big energy market. Despite criticism of Arab ministers and merchants, continuous warnings from International Energy Associations (IEA), and diplomatic pressures from Western colonies, the Middle East is still sticking to its plan of gradually increasing oil production. When the proof of causing an apocalypse around the Gulf states is so evident, Saudi energy minister Prince Abdulaziz bin Salman proudly declares, “Why should I take it seriously?”

Along with Saudi Arabia, some other Arab nations are dismissive of climate science and pay no heed to change their lifestyle, which pumps the oil industries to keep going onwards and makes their nations more vulnerable to the climate crisis. In Qatar, the country with the highest per capita carbon emissions globally and the biggest producer of liquid gas, the outdoors is already being air-conditioned.

Still, its energy minister believes that the transition in the energy sector is nothing other than euphoria. Northern Oman has been battered by cyclone “Shaheen,” leaving its people wondering about the ferocity of its speed. UAE reported a $60 billion loss in their GDP just for the rise of the health sector’s cost due to climate change. People of Tehran expose themselves to a smoggy, humid, and unhealthy environment daily. And it is going to get much worse soon if all the dire predictions prove to be correct.

In 2015, all OPEC (Organization of the Petroleum Exporting) countries promised to work towards net zero emission by 2050, but we see that most of the promises never came true in the last six years. Policies are being declared, but the public never witnessed any severe change in the government’s attitudes and couldn’t expect to get the stakeholders in the energy sector rid of their excessive consumption. Again, the Middle East has the fastest economic growth and rapid explosion of inhabitants. If oil, gas, and other energy sectors’ revenues start to decline before producer countries have successfully diversified their economies, livelihoods will be lost, and poverty rates will increase.

We have gotten a live example of such a kind of catastrophe due to a record decline in oil demands in the 2020 MEC economy when Covid-19 spread across the globe. Now, suppose the governments, following International Energy Association’s warning, cease all sorts of oil exploration from this year and try to revolutionize their energy sector to make it greener and sustainable. In that case, they will see an upsurge in the unemployment rate and standstill condition in share markets which will ultimately lead them to the rise of border conflicts and breakdown of diplomatic relationships with neighboring Arab and Non-Arab countries.

The west’s insatiable demand for fossil fuels once allowed this region to build car-modern cities, air-conditioned condominiums, and shopping malls; the ruling elites had all been dependent on oil rents for the survival of their regimes. They need the oil business to stay alive for them to remain in power. But now, to please the Western leaders, they might have to show some reluctance to turn their energy sector green and eco-friendly which, following Thomas Friedman’s phrase, will cause the Middle East to fall into a Promethean moment.

Suppose they continue to push up their oil business and inflate more money to meet the current demands of the USA, EU, and other western countries for energy, at the end of this century. In that case, Mecca may not be an inhabited area and create a perilous sensation amongst pilgrims to perform summertime Hajj; the gleaming Gulf coastal cities could find themselves inundated as waters rise. Though the Middle East regionally is responsible for only 4.7 % of historic CO2 emission, it covers almost 75 % of the world’s oil production. If they run on their oil businesses to protect their reigns over the peninsula and carry on their gorgeous life leading, the world should abandon its hope to reach out for net-zero by 2050.

Now what might work as a catalyst for widening the outlook of Middle East leaders and the giant fossil fuel companies to see the reality and perceive how their greed has brought themselves to the edge of the abyss? Climate activists think the recent drop in demand for oil, coal, and other crude materials can play a significant role in seizing the attention of rulers and monarchs. The IAE (International Energy Association) forecasts about the energy market uphold their ideology that the Middle East will witness a historic down surge in global non-renewable energy demand by the next two decades. Subsequently, they will face a significant loss of money, which was invested in the mining business.

Zeina Khalil Hajj, a founder of Greenpeace in the Middle East, says that the region is under a double squeeze. “As demand for energy changes, a region that has been fundamentally reliant on fossil fuel, oil, and carbon for its economic survival cannot continue with this dependence. There will be no market for their oil. But as its climate changes, it has an extra duty to shift for its own survival. Extreme weather is changing the lives of people at a daily level. There is no choice but to go green.”

Birol, one of the world’s leading energy economists, said, “The impact of Covid on the oil market last year gave us a fleeting image of what the region’s economies could look like in the future in a world where demand for oil and gas is structurally weaker – and where countries do not take serious measures to diversify their economies and increase their resilience.”

After having so many vital and scientifically acknowledged examples of this one truth that the Middle East is now on the verge, we finally observed some fickle stirs between OPEC nations and their allies.

UAE came as a pioneer for spring in the Gulf region and already disclosed a $163bn (£118bn) of investments to become 50 % reliant on solar energy for electricity as a part of the recently adopted “Net Zero Initiative by 2050”. It was the first petro-state to embrace net zero in domestic consumption. Bahrain also aimed at net zero by 2050 and Qatar to carry out the competitive cycles in this revolution. Saudi Arabia has expressed their desire to increase its share in renewable electricity generation from a trivial 0.3 % to 50 % by 2030. Israel’s leftist vegan environment minister Tamar Zandberg says countries in the region have been very good at looking at the past. Climate change makes it essential they instead talk about a shared future. “We share the same problems, the same sun, the same lack of water, and the same collapse of our ecosystem. We need to share the solutions.”

Although there are deficits in these plans and loopholes that arouse skepticism amongst Western experts and Middle East nations, recent news has relieved some concerns. We can finally predict a new Arab spring that will allow them to defend themselves from self-destruction and harness the skyrocketing of fossil fuel businesses. It’s high time leaders from the Middle East fought together against climate change to save our planet.