Climate Change VS. Human Rights— Is Joe Biden Going to Stay True to His Promises Concerning the Environment, or Is There a Bigger Issue at Hand?

U.S. President Joe Biden is currently being forced to make a critical decision— is getting one step closer to solving the urgent climate crisis worth the multiple human rights violations that come with it?

Isha Umamageswaran
and
October 26, 2021
in
World
Courtesy of ITV News 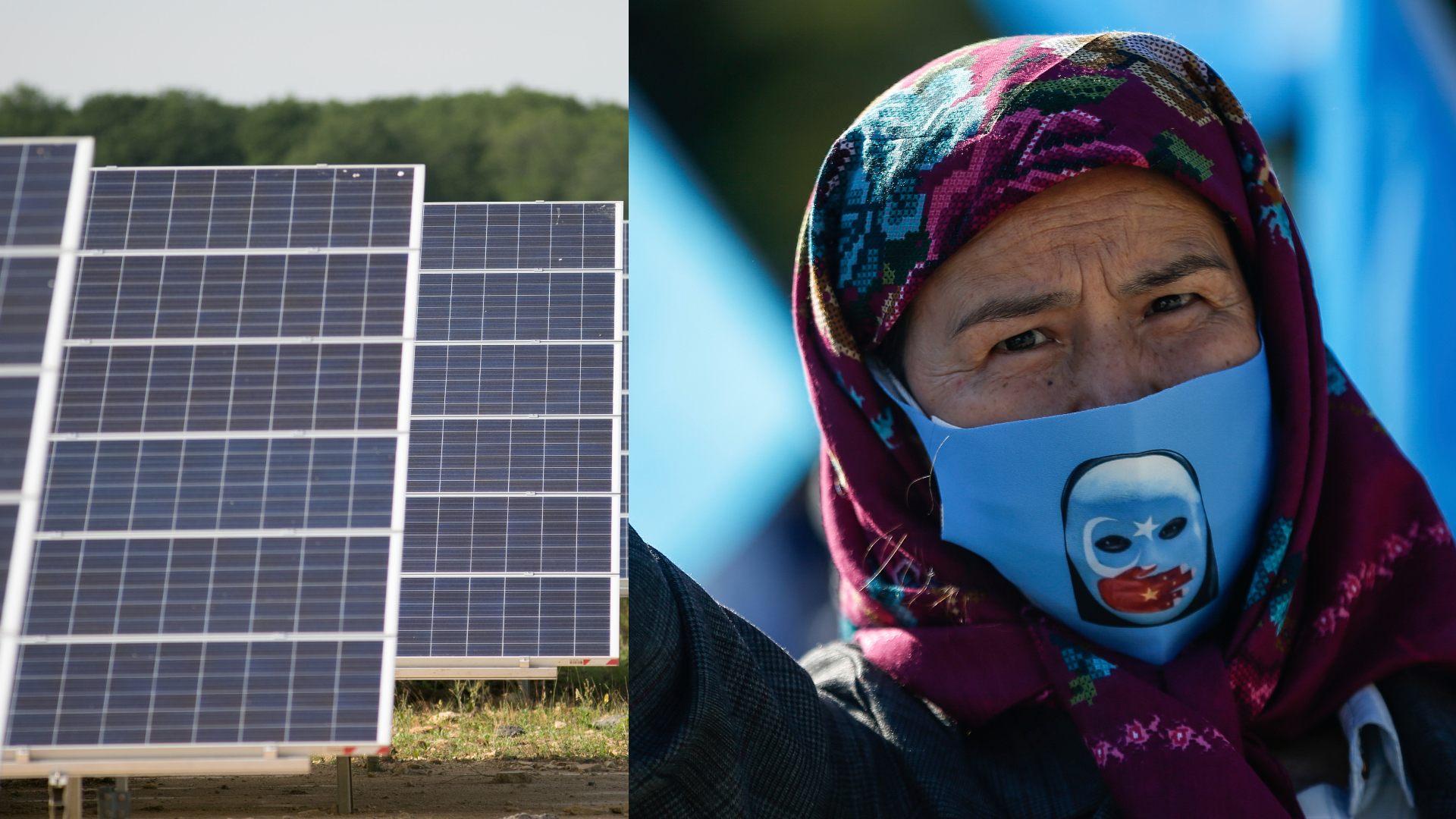 U.S. President Joe Biden is currently being forced to make a critical decision— is getting one step closer to solving the urgent climate crisis worth risking multiple potential human rights violations in the process?

As of now, the Biden administration is looking to solar power as an environmentally-friendly way to cut down on carbon emissions and greenhouse gasses. Like many countries, Biden understands the urgency to take action right away; the current state of the world is getting increasingly more worrying, as weather is becoming more extreme everywhere. However, there is one major issue stopping Biden from taking initiative and making this vital change for America: China. China, the country which dominates the globe in solar panel production, relies on the forced labor of minority groups such as the Uyghur Muslims to fuel their industry. Now, Biden and the White House Administration are at a point where they must make a choice on how to proceed from now.

Though at first it seems to be a divided issue, most officials agree that rights of the workers should be prioritized before any further discussion on solar panels. Nury Turkel, vice chairman of the U.S. Commission on International Religious Freedom, is one of many to advocate for the Uyghurs and oppose the U.S. government’s potential compliance with China. In addition to Turkel, several members of the AFL-CIO (American Federation of Labor and Congress of Industrial Organizations) are pressing for Biden to finally reject the import of solar products from the Xinjiang region of China, where most of the forced labor is taking place, to the U.S. This includes the AFL-CIO President Richard L. Trumka and Director Cathy Feingold who have both stated that they want Biden to make it clear that he will not overlook this issue.

Sometime soon, Biden is probably going to make the decision to cut off solar imports from Xinjiang; there aren’t many officials who disagree with him. However, along with this choice comes many consequences. In order to compensate for the lack of products coming in from China, American solar panel manufacturers will have to work extra hard. Another direct cause of this would be the increased price of the solar panels. As they would be manufactured in small quantities from American companies, the solar panels would be in very high demand, and thus, pricey. One more thing officials are looking at is the extra time it would take to make a change. If all Chinese solar panel products are stopped from being imported into the U.S., it will take twice as long to effectively turn a good portion of the population into solar panel users. The struggle, expensiveness, and extra time are only some of the consequences that would arise because of this issue.

In short, it seems as though the Biden administration is leaning towards prioritizing the forced labor issue before anything else. However, no such decision has been declared yet, even though workers and officers are already discussing what a difficult situation Biden’s choice will make. For now, we have to wait and see what Biden and his workers decide. One thing is for sure, however: they are running out of time to make the choice.