Despite being a known prejudiced and unsafe country for the LGBTQ+ community, Brazil's highest court voted to outlaw homophobia

Saniya Patel
and
September 24, 2020
in
LGTBQ+
Courtesy of the LA Times 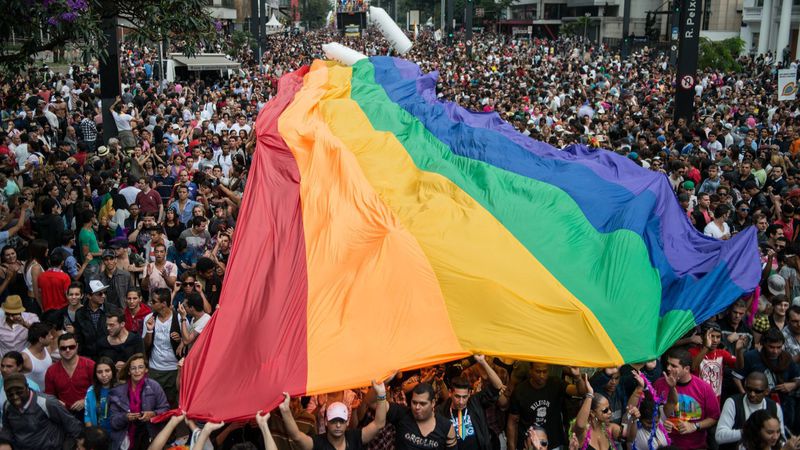 One hundred and forty-one LGBT+ people have been killed in Brazil so far this year, with many more injured or facing discrimination on a daily basis. Though the community and its allies were scared that Jair Bolsonaro, Brazil’s far-right president, would be passive on the issue, citizens were met with surprise and reassurance when Brazil’s highest court, the Supreme Federal Tribunal, voted to criminalize homophobia.

Efforts to reduce the rate of violence against the LGBT community have been continuing for almost twenty years; however, they faced resistance amongst many religious groups and conservatives who supported the openly homophobic president. In an interview with Bolsonaro, the president stated that he “would rather have a dead son than a gay son.” A rise in violence has even been shown to directly correlate to Bolsonaro’s election. The Supreme Federal Tribunal’s ruling was a big step forward for those who have fought for their rights so long and hard. All six of the judges who voted were for the proposal and since the majority was received, the legislation took effect on June 6th. Racism has been punishable by up to five years in prison, and this new legislation will put homophobia and transphobia under its breadth until the government makes legislation that specifically focuses on the LGBT+ community. Homophobia is now also punishable by up to five years in prison.

This new legislation does not guarantee the safety of the LGBT community, however. Before its passing, gay marriage was technically legal, yet four hundred twenty members of the LGBT+ community were killed last year according to the civil rights group Grupo Gay da Baharia. While this new legislation provides hope for those who have had to remain closeted and fear for their lives solely due to their identity, it should not be marked as the end of a homophobic era. Brazil still remains a violent, prejudiced country for members of the LGBT+ community, but we should view every step forward as a step towards equal rights for our brothers and sisters in Brazil.

Brazil’s ruling proves that, at the end of the day, the government has the power and responsibility to make change, and we must follow suit.

This Photoshoot Fights Fatphobia and Racism