It’s June, and the LGBTQ+ community is celebrating Pride Month from the 1st to the 30th 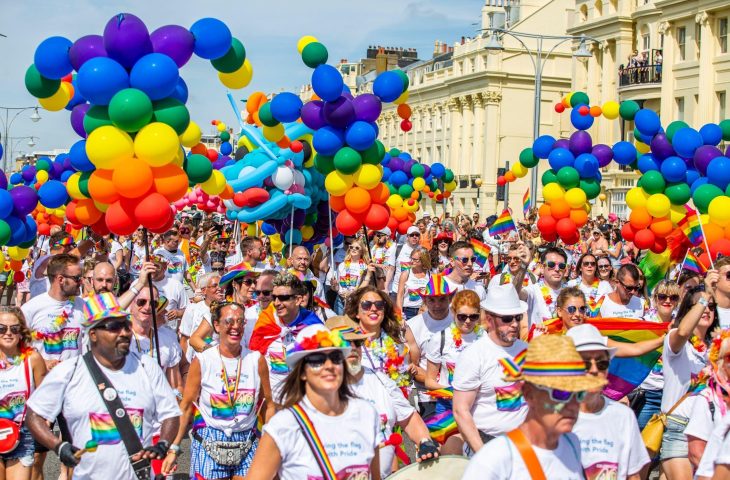 It’s June, and the LGBTQ+ community is celebrating Pride Month from the 1st to the 30th. However, even as this month progresses, we are constantly reminded of the progress still needed to equalize society. The two events described below capture only part of the ongoing oppression that the LGBTQ+ community faces, even during the month that celebrates them.

I’m on the right track, baby, I was born to be brave…

June 14th, 2019 - pastors in Florida conducted a conference called “Make America Straight Again.” Lasting 3 days, it was announced in May by Rev. Patrick Boyle of the Revival Baptist Church. In a video promoting the conference, he said that the conference's focus was on “exposing the reprobates” and that its speakers had been “making a vocal stance against the Sodomites and their filth that they have been spreading.”

Two other speakers said that the government should “put [LGBTQ+ people] up against a firing wall and blow their brains out” and that “homos” should be “put in their place: six feet under.”

Wishing violence on the LGBTQ+ community solely based on their acceptance is unacceptable. Those who want “Straight Pride” fail to understand that June’s designation as Pride Month was created as a way to band together against the hate they face daily. Conversely, “Straight Pride” was created to discriminate against those that simply have different lifestyles. This conference only proves that there will always be people who will try to push the LGBTQ+ community down - and that our love and positivity must be stronger than hate.

I’m beautiful in my way, ‘cause God makes no mistakes…

In a symbolic message to the world, US Vice President Mike Pence confirmed that rainbow flags are not allowed to be flown at American embassies. Four nations had asked to fly them, all of which were denied permission to do so. These nations include Israel, Germany - which has an American Ambassador that is openly gay - Latvia, and Brazil.

To defend his decision, Pence explained that “the American flagpoles at American embassies and American capitals around the world” should only have one flag - the American flag - flying on them.

The Vice President is known for being anti-LGBTQ+. While serving as Governor of Indiana, he signed the Religious Freedom Restoration Act, which allowed people to refuse to serve LGBTQ+ people on the basis of religion. He himself uses his religion as an attempt to justify his beliefs. Yet, presidential candidate Pete Buttigieg, who is openly gay, is also religious, demonstrating that religion and the LGBTQ+ community can coexist.

Not letting the rainbow flag fly at embassies worldwide speaks louder than any speech the Vice President could ever give. It tells the world what the U.S. government believes about LGBTQ+ rights. It tells the international LGBTQ+ community that America will not stand behind them as they fight for their rights. It tells other leaders that America is a country built by those who fought for freedom - yet, hypocritically, they refuse to help others fight for theirs.

What ties these two events together is the use of religion as a disguise for hate. Rev. Boyle called for prayers of violence at his conference, and Pence consistently condemns homophobia through his religion.

However, the only passage in the Bible that seems to explicitly mention homosexuality, “man shall not lay with man”, is actually a mistranslation from the original Greek it was written in; it actually should say, “man shall not lay with boy” in reference to pedophilia. This means that there is literally nothing in the Bible that condemns homosexuality.

Don’t hide yourself in regret, just love yourself and you’re set…

Despite these hateful attacks on the LGBTQ+ community, we must constantly remind each other to spread love, regardless of whether we belong in it or not. As Martin Luther King Jr. once said, hate cannot drive out hate - only love can do that. If we band together and take pride in who we are, our positivity can override that hate.

This Pride Month, let’s show the world that no matter who is trying to bring us down, no one can take our pride away.

As Lady Gaga sings in her hit song:

I’m on the right track, baby, I was born this way.