Ashna Talukder
and
July 6, 2021
in
Justice
Courtesy of The Economic Times 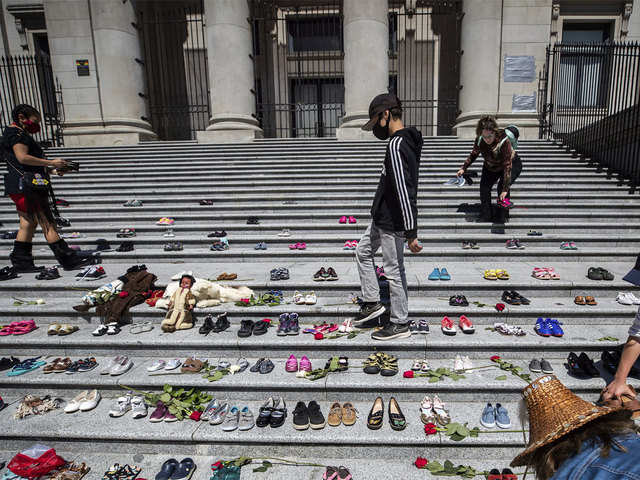 A report released by The Tk'emlúps te Secwépemc First Nation, the home community of the Kamloops Indian Residential School, states that “this past weekend, with the help of a ground penetrating radar specialist, the stark truth of the preliminary findings came to light – the confirmation of the remains of 215 children who were students of the Kamloops Indian Residential School.” Sadly, this abuse against Indigenous people has continued for centuries, especially regarding schooling.

Residential schooling was mandatory for Indigenous youth in Canada for more than 150 years. Indigenous families were coerced into sending their children to boarding schools where the conditions were inhumane, segregated from the youth of the rest of the population. According to NPR, “children were often not allowed to speak their own language and received harsh punishment if they did. Many suffered physical and sexual abuse, with staff not being held accountable.” A study by the National Center for Truth and Reconciliation (NCTR) reveals that more than 150,000 students attended these residential boarding schools and more than 6,000 died, with many parents reporting that their children didn’t return. The report also states that what occured at these schools was a cultural genocide: a cruel tactic to get purge the Indigenous children of their cultural practices.  There have been countless attempts to eliminate cultures, take land, and exploit people, and residential schools are unfortunately no different.

The attempts to get rid of cultural practices don’t just end there. The National Inquiry into Missing and Murdered Girls showed that as many as “4,000 Indigenious women are believed to have been killed or gone missing over the last 30 years.” The same report also concludes that “decades of policy and state indifference amounted to genocide against Indigenous peoples.”

Canada has been accused of genocide in the past, but because there hasn’t always been an exact definition for it, there hasn’t been proper accountability. While there have been hearings about the missing women and Prime Minister Justin Trudeau acknowledges these findings, he hasn’t directly stated that all of these actions contributed to genocide. This deeply troubles the people speaking out pushing for the hearings - cultural genocide is far from over.

The reports and inquiries that have been sent to the government regarding this have provided some potential steps towards change. The Guardian lists some of these recommendations to the Canadian government that were stated in the report down below:

One of the easiest things to do for people all around the world would be to hold the country accountable and research the horrible things that have occurred and continue to occur. Even though the residential school system is technically “over” now, the attack on Indigenous people is very much perpetuated today and the long-lasting effects of the previous attacks still contribute to systemic discrimination against them today.