Blackfishing: The Inevitable Harm and Perpetuation of Stereotypes

A former professor at George Washington University, Jessica Krug was recently found to be Blackfishing, an offensive practice of falsely adopting and manipulating Black culture for personal gain 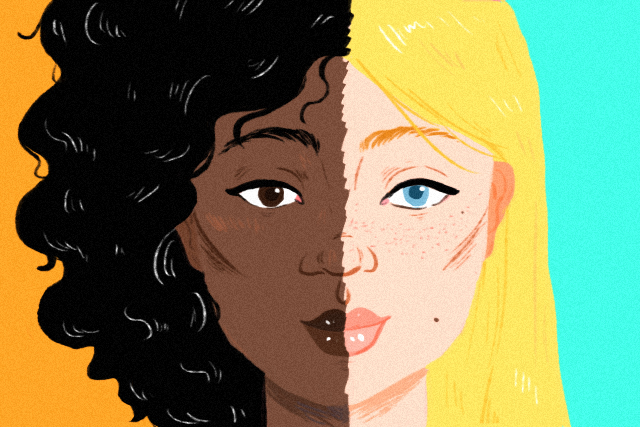 After releasing a confession on the Medium,  Jessica Krug resigned from her position as a Professor at the George Washington University. Her crime? Posing as an African-American woman and assuming multiple African identities, essentially misrepresenting her white and Jewish identity.

Krug released a tell-all on Medium exposing the lies that she had accumulated over the many years of her professional career, revealing that she had appropriated and wrongly claimed identity with communities such as, “North African Blackness, then US rooted Blackness, then Caribbean rooted Bronx Blackness” (medium). Krug taught several classes surrounding African culture and life, including “Topics in African History,” “Africans in the Making of the Atlantic World” and, “African and the African Diaspora: (Trans)Nationalisms and the Politics of Modernity”. Only a day after she had published her statement, George Washington University tweeted the following: “Update regarding Jessica Krug: Dr. Krug has resigned her position, effective immediately. Her classes for this semester will be taught by other faculty members, and students in those courses will receive additional information this week”.

While her actions have been deemed ignorant, it’s the reaction of students across the nation that speaks volumes. George Washington University, a private research institution that has proudly claimed to have an “above average” racial and diversity demographic, now has students that are lashing out against the crude actions of Krug, especially during a racially sensitive time like today. As the Washington Post mentioned, “ The University’s Black Student Union also condemned Krug, calling her actions a symptom of a nationwide problem. In more blatant, Gen-Z wording, Krug’s actions are a classic example of the dreaded, Blackfishing.

Blackfishing, a fairly new term to Gen Z’s repertoire, is essentially falsely claiming and appropriating African culture, whether it’s altering one’s appearance in order to look Black, or in Krug’s case as well, verbally claiming African ancestry. Unfortunately in today’s times, it is typically white people that tend to dangerously flirt with this concept. While there is a fine line between appreciating and appropriating a culture, the line is crossed when people consciously choose to act and appear black without the obvious burden of being black, especially in a racially sensitive period in our history today. A major argument between the Black Lives Matter movement and the Blue Lives Matter movement is that the “Blue Lives” can be removed after their job is done and can live their lives safely and out of fear; Black people across our nation cannot simply choose when they are or aren’t black, which unfortunately wrongly puts them at danger 24/7.

Krug is not the first to be held accountable for Blackfishing. Famous figures such as Kim Kardashian, Kylie Jenner, Rita Ora, Addison Rae, and many more are also guilty. In a world where Black woman are repeatedly fighting for representation, authenticity, and acceptance with their culture, Blackfishers steal the “pretty” parts of being Black for their benefit, and are able to escape the relentless discrimination that the Black community undergoes.

Whether we find professors or celebrities falling under this dark spell, it wrongly perpetuates the stereotype that it is acceptable for other races to pick and choose when to side with Black culture. In Krug’s case, there must’ve been a plethora of Black students that felt recognized while sitting in her classroom, learning about African culture from a “Black” woman, however these students now feel equally betrayed, misguided, and frankly used. A quintessential aspect of the education experience is the freedom that students attain to explore and “find themselves”. However, when faculty  in these institutions abuse their cultures and conveniently let them go when it comes to the burden that foreign cultures carry with their history, we put students at a great mental health risk, not to mention that we are instigating an extremely divisive community. Students should be  educated on how to break down the barriers of stereotypes, and to do more than simply tolerate one another, but respect each other as well. Until our teachers can learn to do the same, our minority students are still at risk.

The sensitivity of this topic should not shy our society away from addressing these matters. The Black community cannot make progress unless the white silence is broken, and our majority steps to the plate to combat these racial microaggressions that slither their way into our nation. Let us be taller than surface level stereotypes, and educate those older than us on the harmful nature of cultural appropriation. Blackfishing will never go unnoticed, and justice will be served for the Black community.