The past mirrors the present.

DeVon Thompson
and
August 8, 2021
in
Courtesy of the New York Times 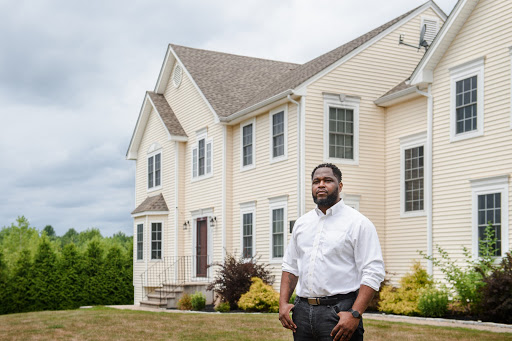 “A black neighborhood is a ghetto.”

“The slums aren’t any place for high-value homes or pure white families.”

That’s the traditional reasoning for the creation of racial inequalities that are still prevalent today. In the 1900s, a time where racist maneuvers were blatant, legislation and objectives were passed that acted as stepping stones toward the invisible systems of oppression that thrive today: notably, the rapid inconsistencies in home values among African-Americans and de facto segregation. The 1940 city renewal project in St Louis Missouri serves as a model for understanding how America was built upon racist ideas; Harland Bartholomew created a city plan that undisputedly treated African Americans inferior: he created homes of less value for African-Americans, maintained segregation among the races, and generated restrictions to “keep blacks out of white areas”. The only difference between this urban planning racism and the “Yankee-like” Jim Crow south racism is the inconspicuous nature due to the lack of direct racist language in the city plans; however, the decisions made by Bartholomew in St Louis (and all others like him throughout the United States) have had purposeful and dramatic generational effects on African Americans. The past mirrors the present.

Earlier this year the public got a taste of just how deep and troubling the racial disparities within home appraisals are. Carlette Duffy, a black Indianapolis resident, experienced the burdens of invisible racism. After her home was valued at an average of $117,000, a white man posed as Ms. Duffy's brother during a third appraisal and the value of the home more than doubled reaching a value of $225,000. Aside from home value, the only difference between the last appraisal and the first two was Ms. Duffy's openness to expressing her identification characteristics. During the third appraisal Ms. Duffy did not announce her race or gender and strictly interacted with her appraiser over email. This, however, is not an independent situation. After Abena and Alex Hortan removed “signs of blackness” from their Alabama home the value shot up 40%. It is beyond clear that systemic racism is a common institution. America still values the pure whiteness it valued when the country was founded.

Black neighborhoods, regardless of actual merits of the neighborhood, are automatically deemed less than that of a white neighborhood. This has served as a barrier to upward social mobility for African-Americans in America. To address these systemic issues, our country will need to undergo a reckoning. Our leaders, those within dominant groups, and virtually everyone will need to reflect on their biases and how thereof leads to racist collective actions that oppress African-Americans. Only if we critique ourselves, can we foresee a better future.