There's no better way to celebrate Black History Month than reading a few books that shaped the history of the world.

Tanusha Paine
and
March 1, 2022
in
Representation
Courtesy of University of Houston-Clear Lake 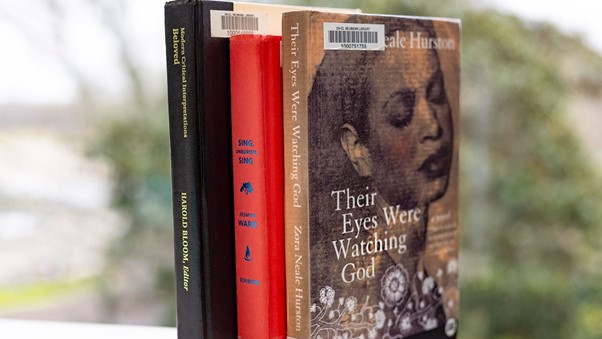 In the years 1809 and 1818, two important forefathers of the US Constitution were born, both in the second week of February. These two people I am talking about, are none other than President Abraham Lincoln and abolitionist Frederick Douglass. Along with other reforms these men introduced, is their efforts to end black slavery in the States. To commemorate the achievements of these people and the life of 47 million black people (as of 2021) of the US, the entire month of February is celebrated as Black History Month. Throughout this month, one can support black businesses, learn about noteworthy black figures, donate to charities that support anti-racism and of course, read books written by and about black people.

To celebrate this auspicious month, I have with me a list of five books written by or about black people and their struggles throughout the years. Make sure to check them out right now!

'Othello', in full 'Othello, the Moor of Venice' is one of Shakespeare's most acclaimed tragedies staged in five acts in the backdrop of the Ottoman-Venetian war of 1570-1573. Shakespeare being quite ahead of his time, had made racial and religious diversity possible in his plays. Plays like Titus Andronicus and The Merchant of Venice find the appearance of Moors and Jews. But the thing that makes 'Othello' special is the fact that its titular character is a Moorish military commander serving as a general of the Venetian army and also its portrayal of a sensible, beautiful yet melancholy love story.

The play sets in motion as Othello selects Cassio over Iago as his chief lieutenant. Jealous of Othello’s success and envious of Cassio, Iago begins plotting Othello's downfall. Meanwhile, Othello marries Desdemona, the daughter of a Venetian nobleman, Brabantio, against her father's wishes. With the help of his wife Emilia and the dissolute Roderigo, who was Desdemona's admirer, Iago takes advantage of Othello’s weakness in Desdemona. Iago falsely implicates Desdemona having an affair with Cassio and manipulates Othello by making him believe that he is no longer attractive to his young, white wife. Enraged and hurt, Othello confronts his wife and smothers her with a pillow. At Desdemona's dying moments, Emilia appears at the scene and confesses Desdemona's fidelity to Othello. As Desdemona passes away, Othello is overcome by grief and guilt. Ultimately, he too meets his end by killing himself.

Most people have read this play as a part of their curriculum or simply as a light-read. But reading or maybe re-reading 'Othello' might help you realise the society during Shakespeare's times and that during now.

Titled 'Uncle Tom's Cabin; or, Life Among the Lowly', this American novel immediately became a 19th-century bestseller. The novel had a far-reaching impact on the attitudes towards African-Americans and the practice of slavery in the US. It is famously attributed to having "helped lay the groundwork of the [American] Civil War."

The novel follows the life of the enslaved Uncle Tom, an honest and dignified person, who saves the life of Little Eva while on a boat to auction in New Orleans. As an act of gratitude, Eva's father employs Tom in his household. There, Tom befriends the frail but friendly Eva. However soon, Eva's health declines and she finds herself on her deathbed, where she makes her father promise to free all his enslaved workers. After Eva's death, her father plans to fulfil his daughter's dying wish but is killed by the antagonist Simon Legree. Simon becomes Tom's new owner and whips him to death after he refuses to divulge the whereabouts of certain escaped slaves.

The novel also depicts Stowe's unwavering faith in Christianity, and how love for God can overcome slavery. Till the last moment of his life, Uncle Tom remains a devoted lover of God and the author herself compares his death with the echoes of Christ.

Considered a classic of the famous Harlem Renaissance (1918 - mid-1930s) and an important work of women's literature, 'Their Eyes Were Watching God' narrates the lives of three black women from three different generations, particularly focusing on the story of Janie, the youngest of the three. Janie Crawford, a woman in her forties narrates the story of her three marriages and her search for true love, to her friend Pheoby.  The reason why the novel is so fascinating to read is that it explores the traditional gender roles and the relationship that existed between men and women of the time while reflecting on the familial relationship between two different women. Not only this but 'Their Eyes Were Watching God' also narrates the effects and aftermath of the deadly Okeechobee Hurricane of 1928 that had disastrous effects in the state of Florida and adjoining areas.

A common book high schoolers and middle schoolers go through for their summer reading, 'To Kill a Mockingbird' is a classic in its own way. An excellent example of modern American literature, the plot and characters of the book is loosely based on the author's own experiences when she was living in Monroeville, Alabama.

The story takes place in the fictional town of Maycomb, Alabama in the Great Depression-era and is narrated by the intelligent yet unconventional protagonist Jean Louise "Scout" Finch. Scout lives with her older brother Jeremy ("Jem") and their widowed father, Atticus Finch. Atticus is a prominent lawyer who encourages his children to be empathetic and just. In his professional life, Atticus is appointed to defend a black man, Tom Robinson who is accused of raping a young, white woman Mayella Ewell. Despite all social ostracism, Atticus presents empirical evidence against Mayella and her father Bob, proving Tom's innocence. However, Tom is still convicted and killed while he tries to escape from prison. This trial however becomes a backlash for the Ewell family and Bob swears revenge. On the night of Halloween, Scout and Jem are attacked by Bob but are saved by Boo, or Arthur Radley, a reclusive neighbour of the Finch's and one of the most important characters in the story. At the end of the story, Sheriff Tate is seen investigating Bob's murder and the culprit is hinted to be none other than Boo. Nevertheless, both he and Scout keep this piece of information a secret.

'To Kill a Mockingbird' is thus in a very simple sense a coming-of-age story or a 'Bildungsroman' which portrays a young girl's awakening to the darker sides of human life such as racism and rape. Scholars have noted that Lee also addresses issues of class, courage, compassion, and gender roles prevalent in the contemporary American South in this book. With its publication, the book received a lot of criticisms, all of which were outweighed by the praise of the insights it provides. Enormously popular, it was translated into some 40 languages, sold more than 40 million copies worldwide, and all without Lee personally promoting her work. In 1961, 'To Kill a Mockingbird' won the Pulitzer Prize and in 1962 it was made into a film of the same name that won three Academy Awards.

Although published in 1987, 'Beloved' is set in 1873 and chronicles the story of Sethe, a formerly enslaved woman and her 18-year-old daughter Denver. Sethe, despite her freedom, finds herself bound by the memories of the trauma of her life as a slave. The novel opens in an eerie note as the author confesses Sethe's house, 124 Bluestone Road to be haunted by a vengeful ghost of an infant, whom Sethe believes to be the spirit of her late daughter named 'Beloved' on her grave. At this point, two other characters are introduced in the story, namely Paul D and a young woman called Beloved, who is hinted to be the reincarnation of Sethe’s lost daughter. After the appearance of Beloved, terrible events ensue at 124 Bluestone Road that shapes the futures of Sethe, Denver and Paul D.

In 1974, The future Nobel Prize for Literature laureate came across a news article from 1856 titled "A Visit to the Slave Mother who Killed Her Child" that eventually would become the motivation for Beloved. The article, as its title suggests, contained the story of Margaret Garner, an enslaved woman from Kentucky, who fled to the free state of Ohio in 1856. However, the U.S. marshals chased her to Ohio and by the time they found her, she had killed her own daughter to spare her from being returned to slavery. Thus, with a hint of surrealism, Toni Morrison portrays the destructive legacy of slavery.

'Beloved' won the Pulitzer Prize for Fiction in 1988 and was a finalist for the 1987 National Book Award. In 1988, a movie of the same name was also produced, starring Oprah Winfrey as Sethe. The growing popularity of this book also led Morrison to write Jazz (1992) and Paradise (1997) even after she had won the 1993 Nobel Prize for Literature. These three books comprise Toni Morrison's Dantesque Trilogy.

These five were some of my favourite Black History Month reads. There are other books you can check out as well in this Goodreads list and make this February a memorable one!