The impacts are clear: it has become significantly more challenging for students to be taught about the injustices in our systems than before.

Mary Abi-Karam
and
October 24, 2021
in
Race
Courtesy of Esquire 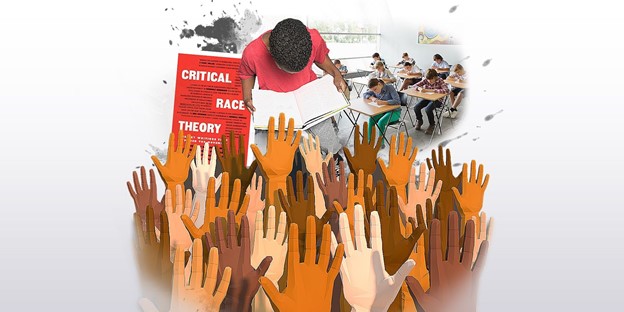 Gov. Kim Reynolds' signing of an Iowa bill has restricted K-12 and public university curriculums, drastically changing how students learn about race relations in the United States. The bill, which is eight pages in length, states that students may not be taught concepts pertaining to the idea that the United States of America and the state of Iowa are fundamentally or systemically racist or sexist and that "any...administrator of a public institution of higher education shall ensure that...the institution does not teach, advocate, act upon, or promote specific defined concepts." The other nine points that administrators may enact and interpret are based on what Republican officials have defined as "diverse."

While this new wave of legislation may seem to prevent any discrimination, these new bills and guidelines directly target critical race theory, a general term used to describe a framework that analyzes the role of racism and race in society and modern institutions.

According to the Brookings Institution, six months after this bill was signed, seven other states, including Idaho, Oklahoma, Tennessee, Texas, New Hampshire, Arizona, and South Carolina, adopted a policy similar to Iowa. Twenty states are also considering passing a similar plan. Furthermore, Brookings cites that criticism on the usage of critical race theory has been on the rise: state and local school boards in Florida, Georgia, Utah, and Oklahoma, have introduced similar guidelines to the one seen in the Iowa bill and have been heavily critical of this type of literature.

More significantly, the house itself directly passed a bill that will further limit what educators can and cannot address in the classroom. When voting on the bill, which passed 84 to 41, democratic legislators struggled to fix the vague or unclear language. Additionally, this bill goes on a step further than the Iowa bill, stating, "a teacher may not be compelled to discuss a particular current event or widely debated and currently controversial issue of public policy or social affairs." It doesn't only limit what students can learn; it would also stop schools from rewarding students with credit for advocacy work. Rep. Ron Reynolds of Missouri stated that "Senate Bill 3 is a blatant attempt to censor valuable education in our classrooms and whitewash our history. We can't simply Etch-A-Sketch (history) and pretend it didn't exist."

Educators have expressed concern that they may be reprimanded over any talk of critical race theory, and they are mostly correct. The Sullivan County Board of Education fired a teacher for informing students about white privilege. A Black principal was fired in Texas after complaints that he was teaching about systematic racism. Some courses regarding race relations or critical race theory were cut out even on the college level.

The impacts are clear: it has become significantly more challenging for students to be taught about the injustices in our system than before.

Yet, there is still a significant debate on whether critical race theory is an effective tool for confronting issues such as slavery or racism. Those who don't support it argue that this thinking promotes the idea that all white people are racist. However, critical race theorists and activists have challenged this belief as a misrepresentation: some clarify that the literature isn't meant to blame all white people for racism but rather show them that white people now have a responsibility to acknowledge and fight against racism impacts people in the modern-day. Supporters believe CRT will continue to recognize and challenge oppression within institutions and equip students with the tools to end it.

Another point anti-critical race theorists believe is that students are too young to learn about it or that CRT is irrelevant since issues like slavery are not widely discussed in modern society. Yet, these arguments underestimate the awareness of the younger generations. Presenting an honest retelling of history and our government today in classrooms is critical because students are already confronted with the world's ugly past. In the digital age, news and education about specific issues are more accessible than ever.

The news and social media also surround young teens and kids; they're living through a time when movements like BLM are at the forefront of advocacy. They scroll through Instagram and see posts and slides about Brianna Taylor, Ahmed Arbury, and most notably, George Floyd. Recent police brutality, Asian American hate crimes, and islamophobia expose the notion that these critical issues aren't present. Regardless, it is essential, even if students may not be ready, to teach them about these appalling events because if not, they may never be ready to fight against them.

Finally, and most importantly, is that the United States is full of racially diverse people. Learning critical race theory and an honest depiction of history teaches students compassion. It teaches them not to repeat history.

Personally, from being given a transparent and detailed depiction of the holocaust in 7th grade to heavily learning about colonialism on my school's debate team, I've been very privileged to go to a school that majorly incorporates critical race theory into its curriculums. It has opened my eyes to the world and how cruel humans can be. It's a sad truth, but it has forced me to confront my own personal biases and assumptions and turn me into a more understanding and passionate advocate.

For this article, I spoke to Prateek Gupta, a Senior on my debate team, to share his personal experiences and thoughts on Critical race theory:

How do you define critical race theory?

When I think of critical race theory, I think of literature as an analysis of how race affects our everyday lives, especially in the context of larger oppressive structures and strategies of resistance.

How were you introduced to critical race theory?

I do a debate event called Lincoln Douglas debate where we debate different philosophies and how they apply to real-world political problems. Part of the literature that we read in debate is critical race theory, so we are constantly engaging with it by defending specific ideas and answering them.

What is the importance of teaching critical race theory in the classroom?

It allows people to build their understanding of the world. The common opposition is that it's indoctrinating, but that presupposes everyone will automatically believe it. Teaching CRT doesn't necessarily mean that everyone is forced to think every conclusion of every author. Teachers would teach the HISTORY of oppression, and specific structures exist to benefit certain groups of people. Once students are provided with a new perspective, they can read different authors' conclusions and decide what they believe in. Perspective is essential to be more considerate and help combat things like systematic oppression because without understanding what the problem is, you won't know how to fight it.

What are your thoughts on the recent legislation and bills regarding critical theory?

They are wrong because [students] might never have the chance to learn about CRT, which is different from traditional teaching.

Opponents of critical race theory have stated that it can create the blanket view statement that all white people are responsible for oppression. What are your thoughts on this?

It doesn't blame white individuals for oppression; instead, it talks about how the structure of whiteness is a weapon that is used against minorities. Critical race theory teaches individuals not to be ashamed of their race but to understand and acknowledge the systems which afford them privilege. This understanding is key to break down those oppressive structures to achieve equality. Even if all of that wasn't enough, it is important and validates the feelings of minorities, ESPECIALLY children, and understands what they experience and how or why it happens. If they are that concerned about indoctrination, create a curriculum that allows for texts that provide context and train teachers to ensure that their own opinions aren't forced onto their students.

The Effects of Gender Stereotypes in Film