The behavior of Amy Cooper, a white woman who threatened to call the police on black birdwatcher Christian Cooper (no relation) after he respectfully asked her to put her dog on a leash, was especially troubling. 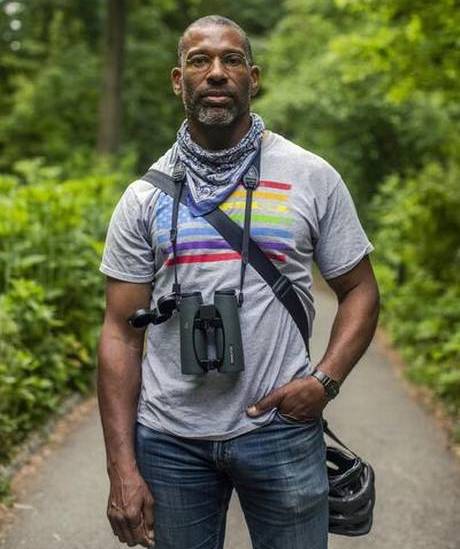 By now, you’ve likely seen the infamous clips of “Permit Patty,” “BBQ Becky,” or “Key Fob Kelly,” three white women in 2018 who called the police on innocent black people who were doing nothing wrong, but whose existence was deemed suspicious, threatening, or illegal to their societal peers. These incidents clearly show civil and peaceful black people being admonished and marginalized for enjoying the great outdoors, selling water, or returning home after a long day of work, practices that white citizens regularly indulge in without fear or potential legal retribution.

With this in mind, the behavior of Amy Cooper, a white woman who threatened to call the police on black birdwatcher Christian Cooper (no relation) after he respectfully asked her to put her dog on a leash, was especially troubling. In the now viral video following Christian’s asking Amy to put a leash on her dog in a New York park that does not allow dogs to roam free, she decides to call the police and proclaims that there is an “African American man threatening my (her) life.” Though Christian poses no apparent harm to Amy, she delves into indefensible and theatrical cries, pleading with officers to come quickly before the man harms her and her dog. In her actions, she attempted to control the narrative and shift the blame from her own wrongdoings to an innocent man who was simply trying to enjoy his hobby.

For many members of the African American community and other stewards of history, this event was reminiscent of the thousands of false accusations of harm made by some white women against black men, throughout our country’s lynching era, and into modern day society. In this period spanning 1882 to 1968, thousands of African Americans lost their lives through police sanctioned and mob violence by white vigilante groups, seeking revenge against those who sought to embrace the full fruits of American freedom and democracy.

The already tense racial hostilities throughout the South were catalyzed by the societal advancements of African Americans with the conclusion of the Civil War, and the social and economic mobility that they enjoyed in the following Reconstruction era. With African Americans now amassing more political, economic, and social power in these previously white-dominated regions, many individuals took it upon themselves to regress to past societal norms  and incite violence against their fellow black citizens. Evidently, lynching proved to be a devastatingly prevalent instrument of white supremacy that aided in the promotion of black suppression.

While most of this violence was concentrated in the South, African Americans of all ages, genders, and locales fell victim to the practice. In the summer of 1955, 14-year-old Illinois native Emmett Till traveled to Money, Mississippi to spend time with his aunts, uncles, and cousins. Being from the more liberal and racially accepting city of Chicago, Emmett was not accustomed to the harsh societal conventions of the South, that more closely mirrored sentiments of generations before than the more progressive agenda of many northern cities. While accompanying his friends to a local store owned by a white couple named Roy and Carolyn Bryant, Emmett was allegedly dared to walk in and flirt with Carolyn. In her since retracted accusations, Carolyn alleged that the 14-year-old grabbed and wolf whistled at her, and consequently, Emmett paid with his life for her lies. In the morning of August 28, Roy Bryant and his half-brother JW Milam kidnapped Emmet from his uncle, Moses Wright’s house, savagely beat him, shot him through the head, and then dumped him in a river with a 75 lb. cotton gin fan tied around his neck. His injuries were so severe that his body has been disfigured to a point past recognition. This gruesome allegation paralleled to the actions of “Cornerstore Caroline,” a white women who falsely accused a 9-year-old boy of sexual assault in 2018. The woman’s false claims were met with such fierce retribution because those with the proper historical context recognize that these fallacies too often proved to be fatal for those accused.

In our present day, African-American twitter users have humorously labeled this irrational behavior, giving it new meaning.  The trope “Karen” was contrived by African-Americans as a behavioral identifier of these hyper-regulatory and over policing inclinations displayed by some white women. It is now used in the everyday vernacular of people of color who are met with racially charged animosity that they experience while going about their everyday routines. While this form of racism is generally omitted from our historical discourse, through education and persistent condemnation, we can help to eradicate its presence.

Further, New York Governor Andrew Cuomo is now pushing to pass the "Amy Cooper" bill, which would ban false 911 calls on the basis of race, with a penalty between one and five years in prison. If this bill goes through, perhaps it too would deter white civilians from using their societal power in America's hierarchy against those who have not inflicted harm.

Race in the Time of COVID-19