"Everyone deserves the sweet taste of justice, regardless of race or wealth."

Hiba Soban
and
December 23, 2019
in
Justice
Courtesy of Ben and Jerry's Ice Cream 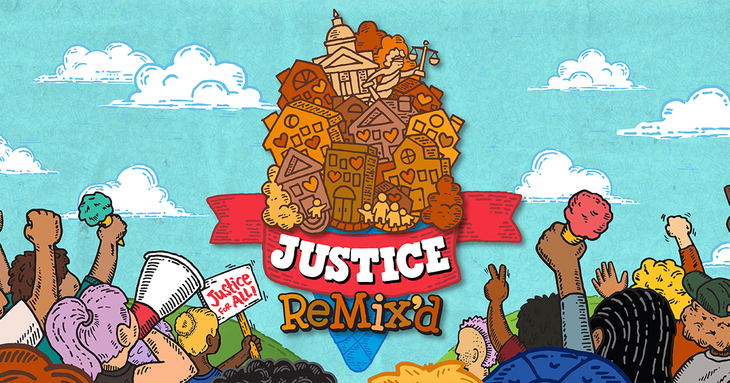 "Everyone deserves the sweet taste of justice, regardless of race or wealth."

That’s exactly what ice cream company Ben and Jerry’s is trying to highlight with their newly released “Justice Remix’d” flavor. A portion of the proceeds made goes to Advancement Project National Office, a multi-racial civil rights group, helping support their work in criminal justice reform.

The company says it has been working with the Advancement Project National Office in St. Louis to close The Workhouse jail, as well as with Miami’s Power U Center for Social Change to slow the "school-to-prison pipeline."

The release of “Justice Remix’d” comes just over a month after releasing their “Bernie’s Back” flavor to show support for Bernie Sanders’s 2020 presidential campaign. About a year ago in October of 2018, the company also released a flavor called “Pecan Resist,” which supported "groups creating a more just and equitable nation for us all, and who are fighting President Trump’s regressive agenda."

The idea behind “Justice Remix’d” is simply to inspire a conversation and raise awareness for the need for prison reform and the systematic racism that is behind criminal justice today, in addition to the overwhelming rates of mass incarceration in the United States. To this end, profits provide support to a youth-run organization, the Advancement Project, that spreads a message of tolerance and action.

"Our approach to creating social change is to raise up the work non-profits are doing on the ground," said Ben and Jerry co-founder Ben Cohen. "We bring every resource we have to support them—our business voice, our connection with fans, our Scoop Shop community, and of course, ice cream."