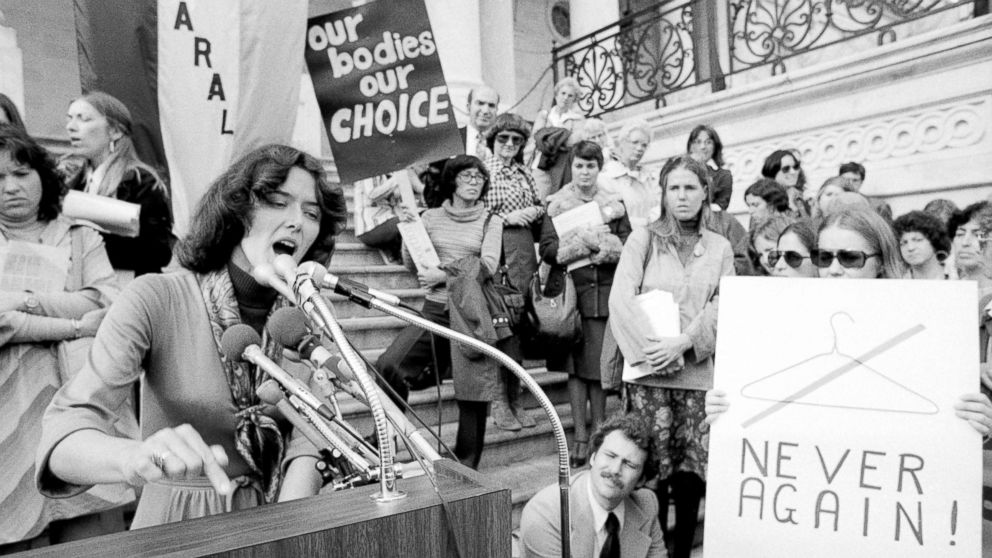 In a monumental threat to one of this nation's most resisted constitutional rights, a potential Supreme Court nominee solidified his stance on overturning Roe v. Wade.

After being named a potential candidate for the Supreme Court by President Trump, Tom Cotton made a clear threat against the abortion rights that protect millions of women in modern-day America.

Such a threat, followed by the recent passing of Ruth Bader Ginsburg, leaves this nation's fate in a terrifying and fragile state. As one of the minority liberal Supreme Court members, Ginsburg was an impactful voice for women's rights who tirelessly fought for equality on all spectrums. However, the consequential vacancy in Court puts Roe V. Wade in an even more vulnerable position.

To have a genuine understanding of what reversing the ruling would mean for American women from all different backgrounds, we must look at the fight it took to gain such a right in the first place.

In 1969, a woman by the name of Norma McCorvey sought to terminate an unwanted pregnancy. However, like so many other women during that period, she was left with no safe options. In many states, with abortion options limited to cases where the women's life was being threatened, many sought dangerous self-induced or "back-alley" abortions. As a monumental figure challenging the established abortion-prevention laws, McCorvey became known as "Jane Roe."

After four years of fighting, the 7-2 Supreme Court ruling in favor of Roe v. Wade granted the constitutional right to receive a legal and safe abortion on the basis of the Fourteenth Amendment that provides a "right to privacy" for all American people. This ruling definitively established that the government has no right to tell women what they should do with their bodies, regardless of personal stances on the issue.

Since then, it has become increasingly clear that any form of abortion criminalization will not prevent against the act itself. Instead, getting access to a safe abortion would simply be more difficult to achieve. It is a vital to grasp that women will have abortions, safe or unsafe, legal or illegal, regardless of what laws say.

According to the Guttmacher Institute, restrictive laws are met only with an increase in reported abortions. Their research shows that abortion rate is higher in countries where abortion is either prohibited or only allowed in the case of saving a women's life. Thus, overturning women's constitutional rights would be an enormously dangerous and ineffective solution on a nation-wide scale.

In America, Roe v. Wade was not the beginning of abortions; rather, it allowed people to obtain them in a safe and supported manner. According to Planned Parenthood, illegal abortions made up ⅙ of all pregnancy-related deaths in 1965,  which was just eight years before the Supreme Court ruling solidified the ruling Roe v. Wade.

Contrary to popular belief, being pro-choice is not a reflection of one's stance on abortion. Instead, it is a belief that all women, regardless of their age, background, or financial status, have the right to control what they do with their bodies. Cotton and other conservative leaders now gaining more political momentum pose an active threat to women’s well-being across the country. With this, it is especially crucial to take a stance against such threats.

Over the past 25 years, leaders begin to recognize the importance of granting a safe option for those put in a terrifying position that would often dictate the rest of their lives. As a direct result, nearly 50 countries have adapted their laws to liberalize a women's right to abortions. In comparison, America's unstable democracy puts citizens in a victimized position of poor leadership as conservatives rise to more power.

Overturning Roe v. Wade would put millions of women at risk of losing access to abortion. The pro-life Trump campaign has also previewed their campaign on an anti-abortion agenda if he is elected for another office term.

In a recent campaign letter, Trump announced his plan to defund institutions such as Planned Parenthood that provide abortions while nominating conservative federal judges to further solidify such an agenda. With the active search to restrict access to safe abortions, millions are at risk of a damaged system that will fail to protect their rights.

However, the push to defund Planned Parenthood poses an even more significant risk to the American people. The federally-funded organization supplies necessary healthcare tools and processes like birth control, cancer screening, STD testing, and many other reproductive health services that extend far beyond providing abortions.

With that, abortion is an undeniable portion of healthcare. Ultimately, if you are a woman, know any women, or care about the fundamental constitutional rights towards abortion and health services, I indefinitely urge you to take a stance against the leaders seeking to actively risk the safety of millions.