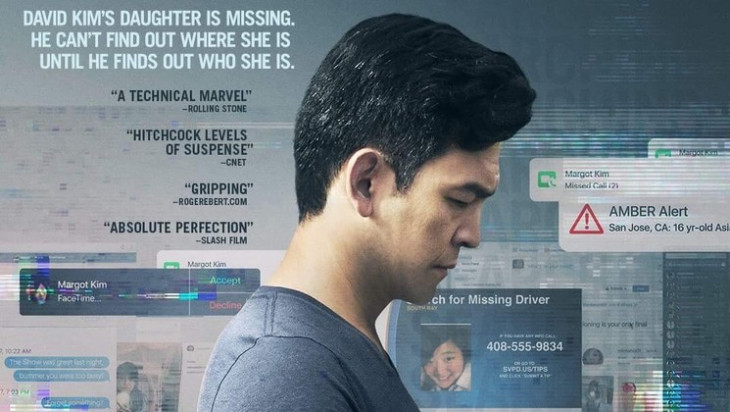 Following in the footsteps of blockbusters Crazy Rich Asians, To All the Boys I’ve Loved Before, and The Meg, Aneesh Chaganty’s Searchingbrings an end to what people are referring to as “Asian August.”

August of 2018 has been a monumental time for Asian-American talent in the film industry and a long-awaited moment for minority representation in mainstream media; however, “Asian August” just marks the beginning of a long process in diversifying Hollywood. Crazy Rich Asians, starring an all-Asian cast, has garnered a total of $110 million domestically after its third week in theaters and is continuing to dominate the box office, showcasing the public’s readiness for more Asian narratives.

Searching, Chaganty’s new thriller,continues this revolution with Korean-American actor John Cho in the lead role of David Kim. In the film, after David Kim realizes his 16-year-old daughter is missing, he decides to search for her by searching through her laptop. In what is being referred to as a “hyper-modern thriller,” Kim must use his daughter’s digital footprints to find her before time runs and she disappears forever.

Searchingis groundbreaking for Asian-American talent, as the film also stars Asian-American actresses Michelle La and Sara Sohn.  The film gained steam in the summer of 2016 through an online project called “#StarringJohnCho.” The project, run by Asian-American social activists, was to lead a high-profile movement against whitewashing in Hollywood. After two years since “#StarringJohnCho,” progress is finally being made for Asian representation.

In an interview with the Golden Globes, John Cho discussed the importance of Searchingand stated, “I am usually the only Asian in [a] film… For me, one of the rewarding things about this movie was when we premiered it at Sundance, (…) what I consider to be the premier American film festival and audience. And I myself was so surprised (with) how impactful and how meaningful it was for me to see a whole Asian-American loving family on screen.”

Director of Searching, Aneesh Chaganty, continued this discussion in an interview with Variety, stating, “I think, as a whole, when we’re telling stories about race and culture and everything like that, there’s this weird, unspoken requirement that we have to justify it — that we have to explain why there’s somebody in this film who doesn’t look like everybody else, or who doesn’t look like people who have traditionally been in these films. But the thing that I’m most proud of is, we just told a good story, and these characters happen to be Asian-American — they happen to be Korean-American — and in doing so, I think we are hopefully moving the conversation forward in a way that says, ‘You don’t have to justify anyone’s skin color to be in a thriller, to be in an action movie, to be in a mystery.’ Let the story tell itself, and the people in it should hopefully just reflect everybody who lives in this country.”

Hopefully, the recent increase in representation will start the fight to ensure that no one feels viewed as an “other,” misrepresented, or like they do not belong in their own society. Representation is the key to encouraging future generations to be whoever they want to be, that there are no limits to what they can achieve, and that regardless of their race or culture, they can be at the forefront of anything. Minorities are not just a quota for Hollywood to fill, or background characters. Minorities, such as Asian-Americans, deserve to be the stars of stories.

After its release on August 31, Searching is estimated to have made $6,208,480 as of September 2nd and is continuing to do well at the box office, especially for its low budget. To show Hollywood that the American public is ready for change, it is imperative that we show our support through numbers. The film is now out nationwide and supporting it will help maintain the precedent that “Asian August” has set for Asian representation in Hollywood.

The Environment Might Not be Racist But Humans Certainly Are