Amelia Rose
and
October 20, 2021
in
Representation
Courtesy of Insider 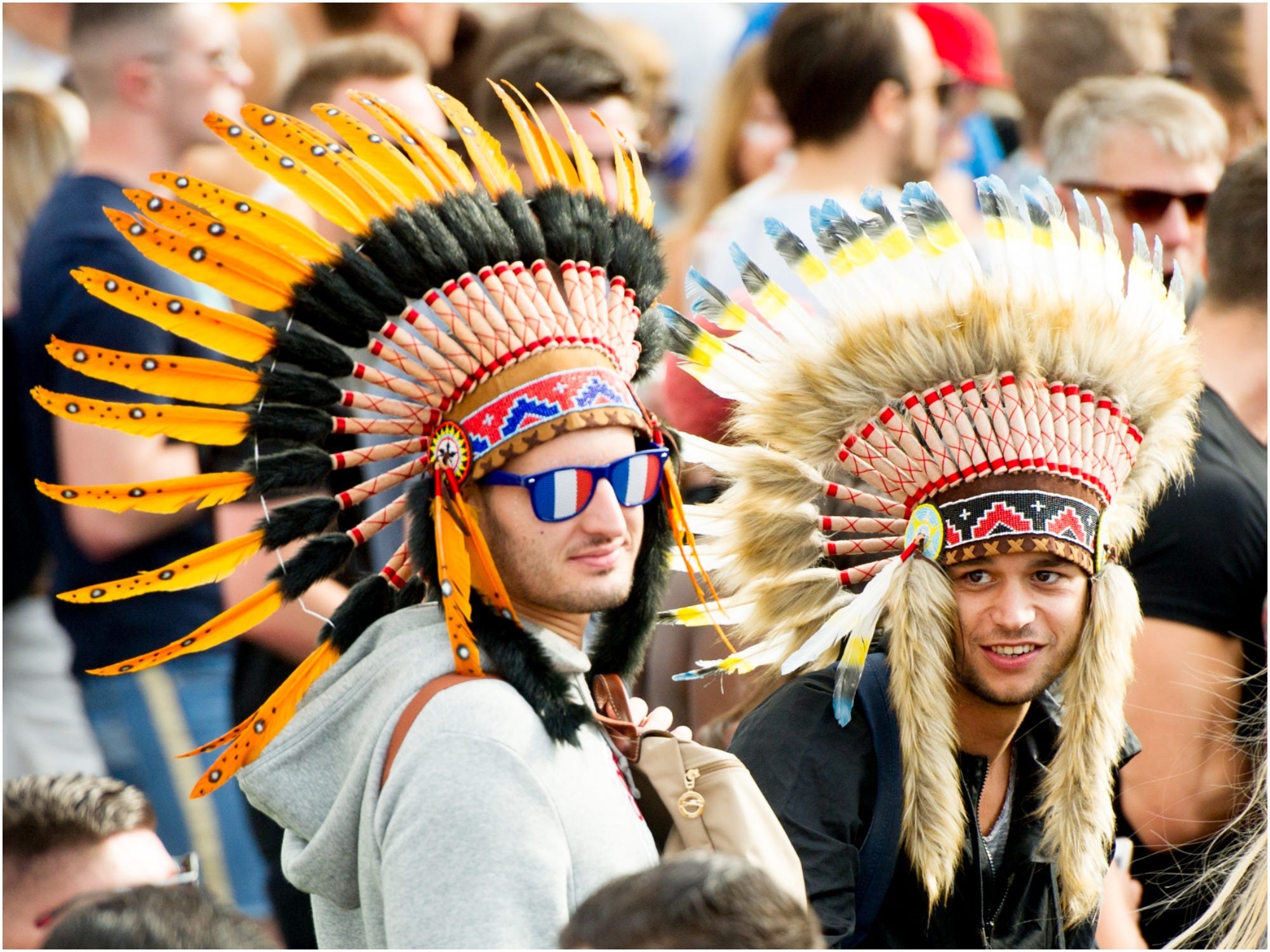 I feel as though over the last couple of weeks, the question of appropriation or appreciation has been very prevalent in my community. For some background knowledge, I live in central Wisconsin. My town, Wausau, has a census of around 39,000 people. For Wisconsin, I live in a relatively larger city. Since the late 80’s our population has increased in it’s diversity from being 90% white to now, 81.2% white and 11.6% Asian (many of which being of the Hmong community). In short, for myself and others in the town of Wausau, we’ve hardly experienced diversity besides our small percentage of southeastern Asian, and our even smaller percentage of Black and Hispanic communities. However, since Wisconsin is fortunate enough to have over eight recognized Native American reservations, it isn’t rare to have peers from reservations close to our county attend the public schools.

It was reported on September 23, 2021 at 3:00 pm that a teacher at Wausau West High School (my school’s cross-town rival) had been photographed by one of her students, wearing Native American attire. It was also confirmed by students that she had allegedly spoken with a false Native American accent. Her initial intention was to educate her American History 1 students on Wisconsin’s Ojibwe history and their culture. However, stated by Biskakone Johnson, the father of the student who reported her and also is Ojibwe (Biskakone Johnson teaches the Ojibwe language and their culture in Lac du Flambeau),“We have a non-Native woman who assumes she knows things about Native people and she’s dressing up," he said. "We don’t stand for that. She cheapened the whole experience of Native American history" (Garfield). Johnson’s original intention for sending his children to the Wausau School district was to have the opportunity to be educated in a multiracial environment. As he reacted to the ordeal, Johnson stated, "You wouldn’t think a city with many different types of people there would even come close to doing something as idiotic as this," he said. "These are educators. These are the people teaching our youth” (Garfield). The teacher responsible for this has released an apology statement and is continuing to teach at Wausau West.

This situation has spiked up many conversations between myself and peers, parents, and other adults. The question that seems to be most prevalent in this topic is, when and where do we draw the line between appropriating a culture and appreciating it?

It’s important for those who don’t understand the distinction of both terms definitions in order to identify their differences. “...Appreciation is when someone seeks to understand and learn about another culture in an effort to broaden their perspective and connect with others cross-culturally” (Loveless). Whereas appropriation being different, it “...is simply taking, adopting or “cherry-picking” one aspect of a culture that is not your own and using it for your own personal interest” (Loveless). In short, one requires permission as in a cultural exchange. The other is simply without a need for exchange. In terms of appropriation being a harmful practice for those who are simply unaware of it. In result to a cultural ignorance of appropriation is an increased influence in “cancel culture.” This also allows people of all cultures to become oblivious towards their microaggressions. This effect towards society will reduce progression and divide culture thus more.

In past years the fashion industry has been scrutinized for stealing cultural traditions. For example, “As Vanessa Friedman writes in “Fashion’s Year in Cultural Don’ts”, one skirt was too similar to an Indian lungi, the Dior campaign drew too much inspiration from the Mexican escaramuzas, and Keziah Daum’s qipao was too Asian for her” (Strauss). Even though these pieces of couture and fashion were not initially used to offend the cultures used as influence for the creation of the piece, issues still arised due to their superficial imitation. Cultural appropriation is not a new idea. Maggie Strauss states in her New York Times article titled, “‘Cultural Appropriation’ Is Critical to Human Progress,” “From a historical perspective, the term that is typically used to describe the adoption of certain practices from one culture to the next is syncretism. Without syncretism, human progress would be next to impossible” (Strauss). America is a primary example of syncretism. Since America has become a “melting pot” of differing cultures and ethnic groups, for almost two and a half centuries immigrants have come together and have developed a similarity, that being their own nationality. American. “Pizza, hot dogs, and soft drinks are often considered characteristically American, but they were originally Italian, German, and Swedish, respectively” (Strauss). Strauss asks in her article the most important question; is this appropriation? Is it time to “cancel” America?

Cultural awareness, as more importantly, appreciation, is the foundation of the development of human society. If we allow the perpetuation of “cancel culture,” how are unaware people supposed to learn how to not appropriate others? With this push, dangerous implications can be foreseen for the future. It’s important for all of us to have the courage to look past some of our prejudices as well as biases towards BIPOC. Educating oneself on this topic can only result in positive changes. Being able to create equitable environments for people who face the struggle of being underserved due to the culture they are born in can only bring a country, city, and even a school closer together. In short, it’s best if we can all learn to come together and understand one another and the cultures we come from. Progression and true appreciation for those who differ from us has never hurt anyone nor their way of living.

An Open Letter to Texas Lawmakers