Over the past three years, more than a million ethnic Uighur Muslims, Kazakhs, Hui Muslims, other Turkic Muslims, Christians, and other minorities in China have been sent to internment camps and prisons in Xinjiang.

Hiba Soban
and
January 11, 2020
in
Religion
Courtesy of Al Jazeera 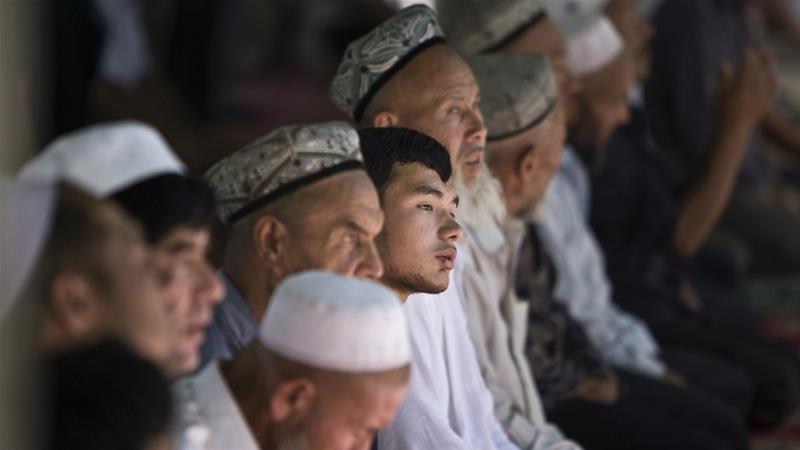 Over the past three years, more than a million ethnic Uighur Muslims, Kazakhs, Hui Muslims, other Turkic Muslims, Christians, and other minorities in China have been sent to internment camps and prisons in Xinjiang, a crackdown aimed at weakening the population’s devotion to Islam and strengthening their loyalty to the nation and to the Communist Party of China. Large populations of Uyghurs have reportedly been interned without trial. Even with global indignation towards the issue, China continues to send these populations to the “re-education” camps, separating nearly half a million children from their families and placing them in boarding schools.

Chinese official documents and media emphasize re-education AND early education itself as a key component of President Xi Jinping’s campaign to wipe out extremist violence in Xinjiang, even by means of mass internment camps and extreme surveillance measures. The idea is to use the boarding schools as a way to “inspire” a new generation of Uighurs, from the beginning, to be more secular and loyal to both the party and the nation. Students at the boarding schools are only allowed family visits once every week or two, a restriction intended to, according to the 2017 policy document, “break the impact of the religious atmosphere on children at home.”

Education isn’t even the most horrifying way that China has executed this inhumane kind of discrimination. China has turned to blatant human rights violations. Mihrigul Tursun, an Uyghur woman detained in China, discussed alleged beatings and torture after escaping one of these camps and moving to Egypt. She then traveled back to China in 2015 to spend time with her family but was immediately detained and separated from her infant children. When Tursun was released three months later, one of the triplets had died and the other two had developed health problems. The children had allegedly been operated on. She was arrested for a second time about two years later, and months later, she was detained a third time and “spent three months in a cramped prison cell with 60 other women, having to sleep in turns, use the toilet in front of security cameras and sing songs praising China’s Communist Party.” She was also even electrocuted during this time, but was eventually released so that she could take her children to Egypt, before returning to China. Once in Cairo, Tursun contacted U.S. authorities and, in September, came to the United States and settled in Virginia.

Wang Yi, state councilor and foreign minister of China, said at an event on the sidelines of the United Nations summit that “there has not been a single case of violent terrorism in the past three years” and that “these [new] education and training centers are schools that help the people free themselves from terrorism and extremism and acquire useful skills.” Uighur Muslims also reportedly have other restrictions in their daily life: a required spyware app on their phones for the government to monitor their activity, every Uighur car being fitted with tracking devices, facial recognition for ANY citizen even passing by a mosque (and being penalized for doing so), the ban of Uighur languages and the word “salam,” no woman being allowed to wear a scarf unless she is over the age of 45, the mandatory presence of pork and alcohol in every household, and around 1 million Uighur households having Chinese forces as “guests” in their homes to monitor them.

The problem with this is that the Chinese Party is forcing this agenda through stripping these minorities from beliefs that they have a right to follow, from their culture, from their freedoms, an extreme step backwards in history, which provides a terrible example of how to treat a nation’s people. At the very least, every country has an obligation to treat its people like actual humans; however, China has failed to do even that.

The extent to which this inhumane treatment has affected China’s minority religious populations, especially Muslims, is beyond measure. While a countless amount of people have been affected by this epidemic of bigotry, hatred, and discrimination, families end up being the most broken and impacted victims. We have always read articles about “never again,” the mantra that emerged from the Jewish Holocaust during World War II, but this is happening in the 21st century and nobody today seems to be giving this exact same issue the attention and action it deserves and direly needs. How can we not be able to stop this in today’s age? In a nation that claims to be “ahead of its time” and “a global example,” what happened to treating your own people with basic human decency?