In the midst of Uri’s unprecedented attack, our fellow Texans need our assistance now more than ever before

Amelia Rose
and
February 20, 2021
in
World
Courtesy of People Magazine 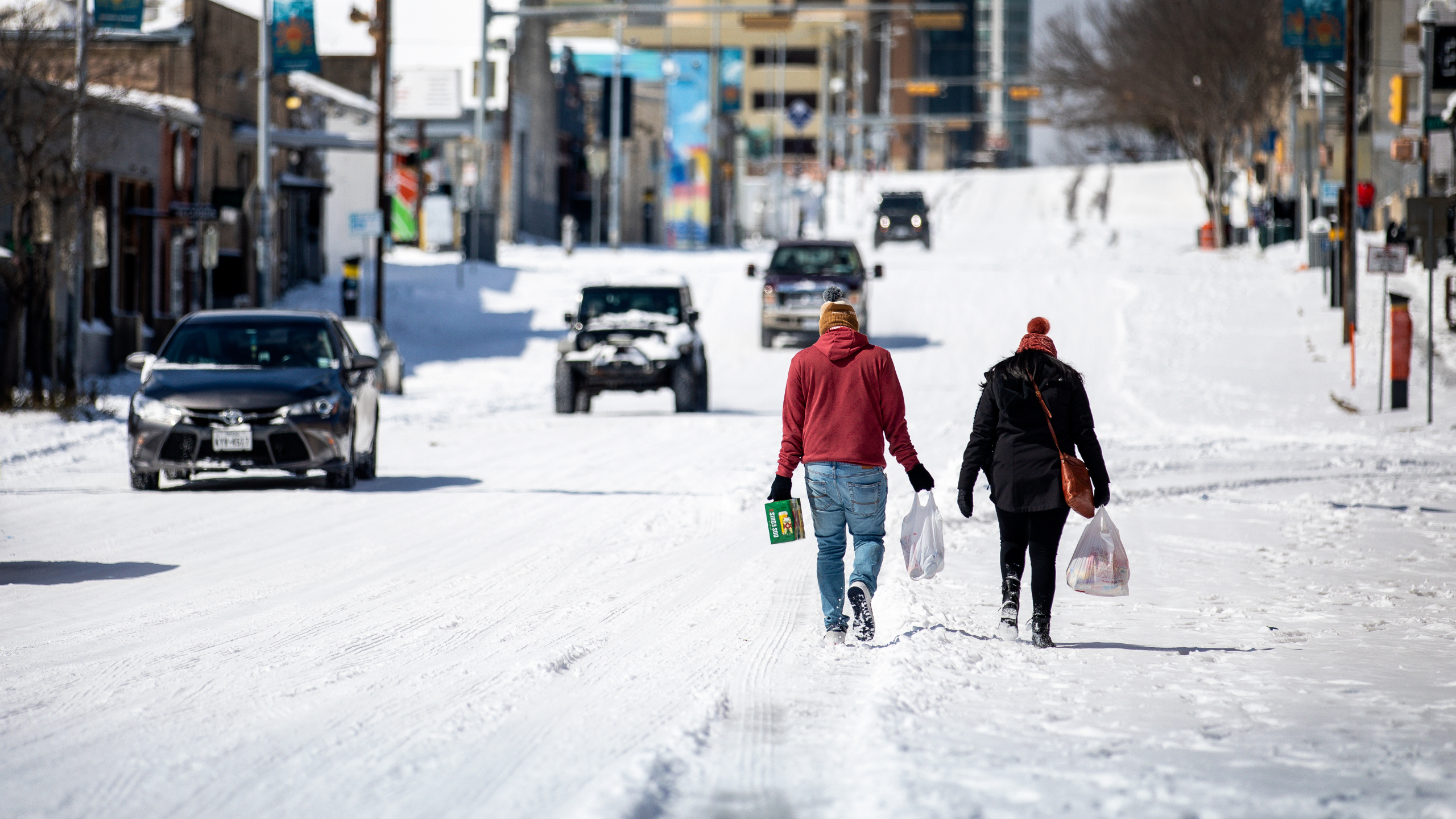 Over this last week, the great state of Texas was hit with an unprecedented winter storm. While the normally hot and dry state is known for its record breaking heat, this storm has blindsided civilians, leaving most freezing in unfamiliar snow. As updates continue to come to light, here is an overview of the current situation:

Last Saturday night, the newly named winter storm Uri hit the country with cold temperatures, snow, and ice, traveling from coast to coast. As the capital of the state, Austin was clocked in at a wind chill of negative 15 degrees, a temperature considered extremely low even in the most northern states. Therefore, it can be inferred that the amount of damage that was caused by Storm Uri is certainly extensive. Ryan W. Miller writes in USA Today that there are, “Reports of frozen and burst water pipes in Texas homes and businesses are widespread, and the upcoming thaw may further open the floodgates – quite literally, experts said”. Even after the surprise appearance of the winter storm, the thawing of the ice and snow will become an issue for the types of pipes that are specifically weatherized for the summer heat. Unlike colder states where they are normally insulated and are typically located several feet underneath the ground, the pipes in Texas are usually found in the exterior of a building’s attic or on the walls. Once these pipes thaw out, they will easily leak, causing significant damage to residences and businesses.

However, the biggest issue that Texas residents are currently facing is the power outages have resulted from failure in the state’s electric grid. When millions of people rushed to heat up their homes and businesses (due to the onset of the winter storm), the power grid was severely unequipped for the enormity of this weather event. Journalists Amanda Arnold and Claire Lampen wrote in their duo article published in The Cut that, “When the storm hit, the supply fell short of climbing demand, while alternate energy sources — wind and solar, which together generate a reported 21 percent of the state’s electricity and do not account for the current crisis, as some conservatives have erroneously claimed — faltered in freezing temps and overcast skies. The deep freeze strained production of pretty much every form of energy, whether natural gas or coal or nuclear or green”. Furthermore, Texas’s power grid is distinctly known for its separation from the rest of the country’s power, a reality that would have prompted them to increased preparedness.

Even more worrisome, hundreds of thousands (4 million as of Tuesday) of people are currently trapped in their homes with neither heat nor power, resorting to various methods to keep warm. Arnold and Lampen note that, “Residents have resorted to aggressively layering clothing indoors and hunkering under blankets, some subsisting on whatever doesn’t need to be cooked on a stove”. Moreover, during the last week, carbon monoxide poisonings have reached record numbers; presently, there are over 300 reported cases. The increase in carbon monoxide poisoning is due to the amount of people who are bringing their generators and outdoor grills inside to stay warm. Some have even left cars running in home garages for hours in order to retain enough heat to avoid hypothermia.

Several courses of action have been made to protect the lives of innocent civilians during this time of crisis. Shelters have opened their doors to unhoused people to protect them from the cold’s wrath and keep them off the streets. Warming centers have been opened up in community centers such as gyms, churches, and even pre-booked hotel rooms. All of these measures are being conducting in a safe and precautionary manner, taking necessary social distancing guidelines into consideration.

Sadly, several lives have been lost to this shockingly harsh turn of events. According to AP news, Arnold and Lampen reported that nine people have suffered weather-related deaths in Texas; across the entire South, at least 31 people have died. Beyond human deaths, animals living in outdoor sanctuaries have been struggling to survive, as they too are not naturally accustomed to the storms. At one animal sanctuary in San Antonio, 12 animals — including a chimpanzee, other monkeys, lemurs, and birds — have died in the past week.

In the midst of Uri’s unprecedented attack, our fellow Texans need our assistance now more than ever before. Please find a list of resources below to help those affected by the power outages below: ‍

If you are able, consider donating to the following organizations:

‍For those living in an affected area:

Why We Must Drop the Hyphen: The Difference Between "Antisemitism" and "Anti-Semitism"