Karla Cornejo Villavicencio, a Harvard graduate, has made headlines as the first undocumented immigrant to be named a National Book Award Finalist

Rhea Balasubramanian
and
December 19, 2020
in
Immigration
Courtesy of Goodreads 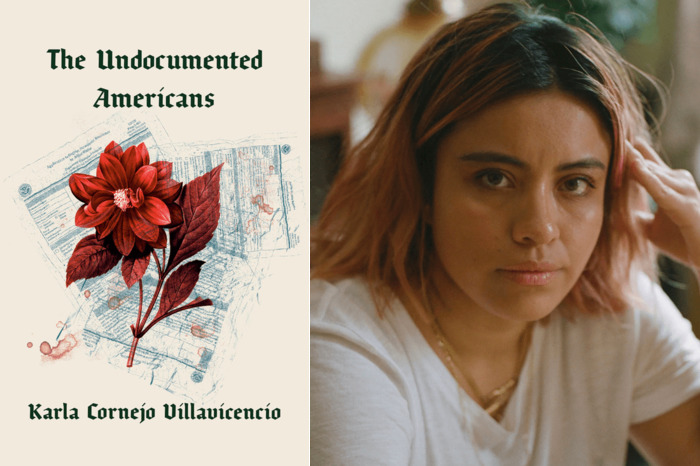 Every November, a multitude of authors are awarded with the prestige of being named a National Book Award Finalist, a feat that only the best American literary geniuses can boast. The eye-opening twist for this year’s batch of finalists? An undocumented immigrant has made the cut, for the very first time in history.

Ms. Karla Cornejo Villavicencio, a Harvard graduate, has made headlines as the first undocumented finalist, blowing away many by storm. Her penmanship gained momentum even during her Harvard days over a decade ago, when she crafted an anonymous essay about student life as an illegal immigrant. Back in 2010, she discussed the struggles between the need to remain a silhouette while attending classes, yet also needing to make a screaming difference, all at the same time. The fight to silently make your voice heard was indescribable, and her anonymous essay, published on The Daily Beast as of now, but originally on Harvard’s newsletter, encapsulates only a minute portion of pressure that Villavicencio had been feeling at the time. She recalls how close her family felt they were to amnesty, justice for all of the illegal immigrants that came to the United States with nothing but the purest of intentions and mind blowing ambition.

In layman's terms, reach into the depths of your brain matter and attempt to obtain the earliest of your memories, not swayed by the telling of stories, but strictly memory. On average, we can only retrieve moments from age three or four. Now, I ask you to put yourself in Ms. Villavicencio’s shoes. She writes, “I was born in South America and lived there until I was 4 but I’ve lived here since I started Kindergarten. That’s how I’ve always measured my life, in increments of semesters and trimesters and marking periods. School has always been my sanctuary…”. Imagine hearing you had overstayed your visa before you even learned the alphabet. Are you suddenly a criminal?

Her story is just one of the few out of the overwhelming majority of undocumented immigrants in America. She argues, “Opponents of the DREAM Act say citizenship is not a right, it’s a privilege, and no amount of patriotism can entitle you to it, no matter how hard-earned or heartfelt—you cannot deserve your way into becoming American. But despite that rhetoric, the discourse of immigration reform always falls into a discussion of individual merits and goodness”.

The National Book Awards selected Villavicencio as a finalist for her print, The Undocumented Americans. It is worthwhile to mention that she is no longer undocumented, and is currently a Green Card holder. While her life has been filled with moments of fury through means of discrimination, she never felt quite betrayed unlike November 8th, 2016, the night the 2016 Presidential Election results were announced. Her inspiration behind her now nationally recognized book was built on the desire to create a piece that didn’t rely on “caricatures and cliches” to encompass the life of an undocumented citizen, but that rather bounced off stories from people all the way in Flint, Michigan, to Miami, Florida, and beyond. Critics have lauded her work as “captivating”, “evocative”, and “deeply revealing”.

Villavicencio is just starting her revolution. Her end goal? She is always quick to answer with, “I hope people love them. I hope immigrants and children of immigrants are inspired by them to create their own art”.