Gorman's inaugural poem is a beacon of hope for the nation, but she herself is also a symbol of hope and representation for Black girls as well

Delali Bruce
and
March 8, 2021
in
World
Courtesy of Hollywood Reporter 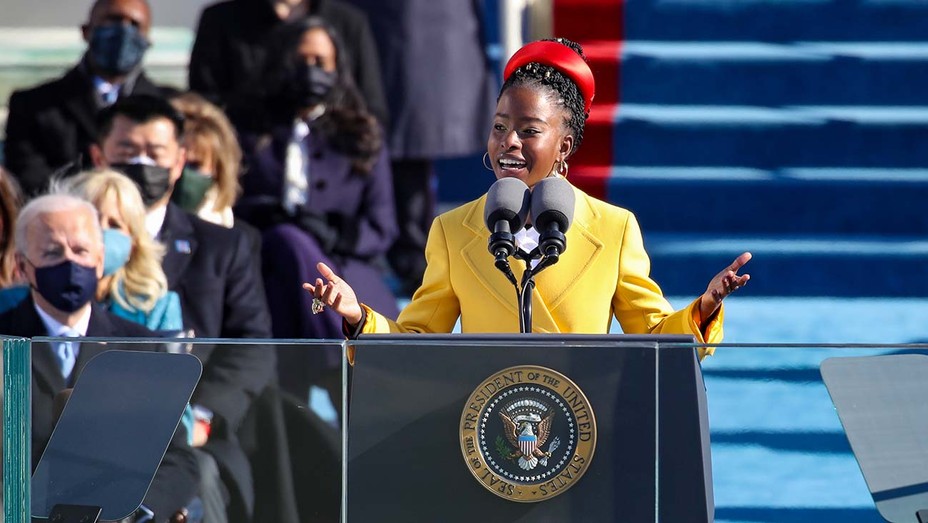 When 99-year-old Althea was asked by her aide what she thought of Amanda Gorman’s inaugural poem, she responded, “I think it was overwhelming, it was lovely… It made me cry… and I don’t cry easily… Thank you Amanda,” tears brimming in her eyes and her voice trembling. She echoed the larger national reaction toward Black 22-year-old youth poet laureate, Amanda Gorman, who was chosen by the Biden administration to perform an original poem at the presidential inauguration on January 20th.

Born and raised in Los Angeles, California, Gorman used poetry to overcome a speech impediment. The performance and delivery of these poems allowed her to practice words and sounds that she struggled to say. She became the nation’s first youth poet laureate in 2017 and found herself on an even bigger national stage this year as the youngest inaugural poet. She was tasked with ushering the nation into a new era, a more hopeful one, following the Trump presidency and the Capitol insurrection which occurred on the same Capitol podium the inauguration was held just two weeks earlier. In a Time conversation with Michelle Obama, Gorman described this feeling, saying “what that [writing the poem] meant for me is not necessarily writ[ing] a poem that’s about a President. It was: write a poem that is worthy of a new chapter in the country.” The power is in her next sentence: “In everything you write, write something that is brave enough to be hopeful.” She bravely infused her poem with a message of hope, a concept that is harder to come by given today’s global pandemic, rising unemployment, sickness, and social and political division. But that message was what America and the rest of the world needed to hear.

Alongside her message of hope, was one of unity. On the podium that morning, as she delivered her poem, she said, “We are striving to forge our union with purpose. To compose a country committed to all cultures, colors, characters and conditions of man.” It is something she elaborated on in her conversation with Michelle as well. Her main point regarding unity was that unity is deliberate and necessary and cannot be fully achieved without justice and equality.

In her poem, Gorman beautifully acknowledged the significance of her presence on that stage as a young Black woman, proudly mentioning that “We, the successors of a country and a time where a skinny Black girl descended from slaves and raised by a single mother can dream of becoming president, only to find herself reciting for one.” Her inaugural poem is a beacon of hope for the nation, but she herself is also a symbol of hope and representation for Black girls as well. She follows in the glorious footsteps of Maya Angelou, who delivered the inaugural poem for Bill Clinton in 1993, and other female Black poets, such as Phillis Wheatley, an enslaved poet who published a book of poetry and was a remarkable poet.

Through Amanda Gorman’s poem, we enter a new time. We look in hope towards the future, and we strive towards the unity Gorman describes, “Unity that actually moves us toward the future means that we accept our differences… It’s not linking arms without questioning what we’re linking arms for. It’s unity with purpose.”