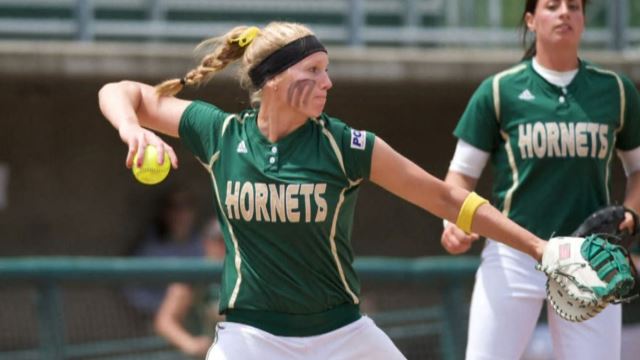 Former softball champion Alyssa Nakken was just hired as a full-time coach by the San Francisco Giants, making her the first female full-time coach in MLB history. Nakken, a decorated graduate of the Sacramento State softball program worked her way up to this distinguished title from an internship; since then, she has flourished with the Giants. Justine Siegal, another baseball coach and sports educator with an interest in sports gender equality, retweeted the article announcing Nakken’s accomplishment along with the concise yet meaningful message: “The wall is broken.”

Nakken’s accomplishment is a stark example of the growing presence of high-achieving women in the sports industry, a space traditionally occupied by men. Over the past few years, various women in all aspects of the sports industry have made great strides in breaking down the “wall” that Siegal so aptly mentioned; Nakken was the final piece among these impressive women to bring the wall crumbling down. Women are emerging as leaders in all facets of the industry, from silver-medalist Olympic athlete and seven-year member of the National Softball Team, Jessica Mendoza leads the charge as a prominent female sports broadcaster to Sarah Thomas, the first full-time female official in NFL history who worked her way up to her such a prestigious position from a varsity high-school referee. It has become clear that the role of women in this space is only growing. Women are beginning to tap into the myriad opportunities that this industry has to offer. Even those without traditional athletic backgrounds have found places in sports education, law, marketing, and more. The growth of mainstream media likely has played an important role in this improvement. Because of increased access to sports media, sports fans are able to see women excel, altering previously skewed perspectives that only men are capable of being successful in the sports industry,

As gender-based bias dissipates further, we will continue to see more women in the sports industry. In this new era of professional sports, women have the potential to contribute a great deal of insight into this industry, bringing with them expertise, professionalism, and a fresh perspective on an industry long run by men. These women also serve as a valuable example for young women and girls. They are proving to these girls and the rest of the world that women are fully capable of smashing stereotypes and achieving great feats in ways not previously thought of before.