Alaa Salah Shows the Importance of Women In Revolution

Leading revolutions against oppressive regimes, groups, and individuals is an honor and duty that a growing amount of today’s youth get to claim. 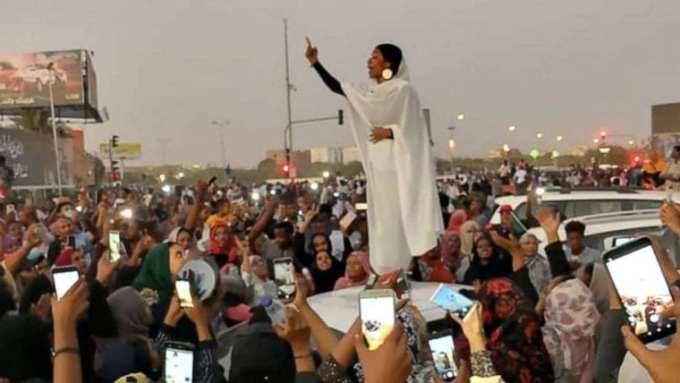 Leading revolutions against oppressive regimes, groups, and individuals is an honor and duty that a growing amount of today’s youth get to claim. Despite this, though, it is certainly no easy feat. With fascism thriving in the hands of modern-day tyrants, revolutionaries seem as if they are fighting a war that cannot be won. Even worse, fundamental human rights, comfort, and life itself are all at risk when one makes the conscious choice to join a revolution - more so if they happen to become the face of one.

22-year-old Sudanese woman Alaa Salah decided to take the risk in the face of the despotism before her. Initially an engineering and architecture student of Sudan International University, Salah went viral after joining the protests that overthrew President Omar al-Bashir, who had faced charges for human rights abuses and corruption. Due to her efforts, she is now called “the icon of the revolution” by critics and locals alike.

During the protests, Salah easily stood out among the crowd. Wearing traditional white clothing, she climbed on top of a car while leading anti-government chants and defying every stereotype associated with her gender and age. Her virality is well-deserved, putting women and the youth at the forefront of the Sudanese revolution.

However, despite all the virality, acclaim, and titles, Salah still sees herself as just another humble activist who has followed the lead of other female revolutionaries. In fact, she does not claim to be the icon of the revolution; instead, she believes that the entirety of the Sudanese population is as deserving of the title as she is.

Alaa Salah’s actions are admirable and exemplary, but, according to her, it’s nothing new.  Women and young people have been leading revolutions all around the world for thousands of years, but their roles have consistently been downplayed, explaining much of the surprise around Salah’s outspokenness.

Said Salah: “The historical role of a woman was making changes and she was always alongside men since the beginning of time. But there are perceptions that are entrenched in societies, which hide the role of women and describe it in certain terms which suggest that a woman going out on the street, standing against injustice is...heroic. However, it is normal because a woman is a creature with responsibilities and she takes part in building and changing."

Unsurprisingly, the revolution that she and thousands of other Sudanese people partook in was a heated one, resulting in approximately 20 people dead and dozens wounded. Yet, they accepted all possible outcomes in hopes of seeing a better Sudan. The cost of protest, to Salah and Sudan, is high but must be enacted in order to obtain the change that the country needs.

Stories like Salah’s and many others serve as inspirations to women and the youth. While going out to the streets and putting everything at risk are admirable feats, these are not the only ways to propagate change. Wanting genuine reform is half the job - how to do the other half is up to each and every one of us.