Kendall Carll
and
March 20, 2021
in
World
Courtesy of The Conversation 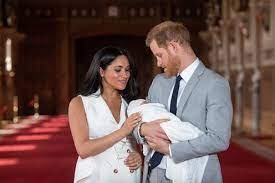 Prince Harry and Meghan Markle’s recent interview with Oprah on their decision to split from the monarchy has sparked conversation about racism within the British monarchy. Meghan, Duchess of Sussex, revealed insight into the racism she experienced from the British tabloid press as well as the institution, including concerns from certain royal family members about the color of Archie’s, Meghan and Harry’s son, skin. While Oprah's interview broke the press, news of the crown’s racism should be far from surprising. Both historically, as one of the biggest perpetrators of white European colonialism, and more recently, the British monarchy has reliably demonstrated its racism.

Racism is embedded in Britain’s culture and is a defining component of the monarchy. Led by Britain, imperial European powers historically justified barbaric slave trade, human massacre, and the stealing of entire continents to expand the Kingdom’s wealth and power. While the modern-day repercussions of slavery are alone sufficient evidence of the monarchy’s racism, the crown repeatedly proves that their dark history is not so far in the past. Indeed, the Queen “has never acknowledged the monarchy's historical role in supporting the Black slave trade.” Even more, the crown remained silent amid the Black Lives Matter demonstrations this past summer.

Even Prince Harry, despite his recent support for the Dutchess, has a history of racism. In 2005, Prince Harry was photographed wearing a Nazi soldier’s uniform, including a swastika patch on his arm, for an up-scale dinner party. Four years later, he was filmed referring to a former Army colleague as “our little Paki friend.” The Prince attributed his lack of “understanding of unconscious racial bias” to his privilege and sheltered upbringing, despite these incidents being stark examples of white supremacy, not ignorance.

The controversy around Meghan’s royal status should be indicative enough of the racist sentiments within the monarchy. The Duchess of Sussex is the first mixed race individual to marry a British senior royal in the modern era. Kehinde Andrews, professor of Black studies at Birmingham City University, makes it pretty clear: “The fact that a Black woman marrying into the royal family in the 21st century was novel should tell you all you need to know.”

With such a deep seated history of white supremacy, it would seem difficult to absolve the royal family of any and all racist sentiments. Perhaps that explains why Prince William’s response to recent events was as lazy and disingenuous as it was: “we’re very much not a racist family.” It would seem that the royal family is more concerned with running a PR campaign in reaction to the Oprah interview than conducting a legitimate investigation into the allegations of its internal racism.

While Prince William’s comments create ambiguity as to whether the monarchy actually cares, the royal family has a long road ahead if they wish to no longer be actively racist — and will never escape its historical legacy. A rigorous investigation and condemnation of racism within the royal family is long past due and should likely begin with the racism Meghan Markle endured in her time with the family. Until then, Prince William, your family is racist.