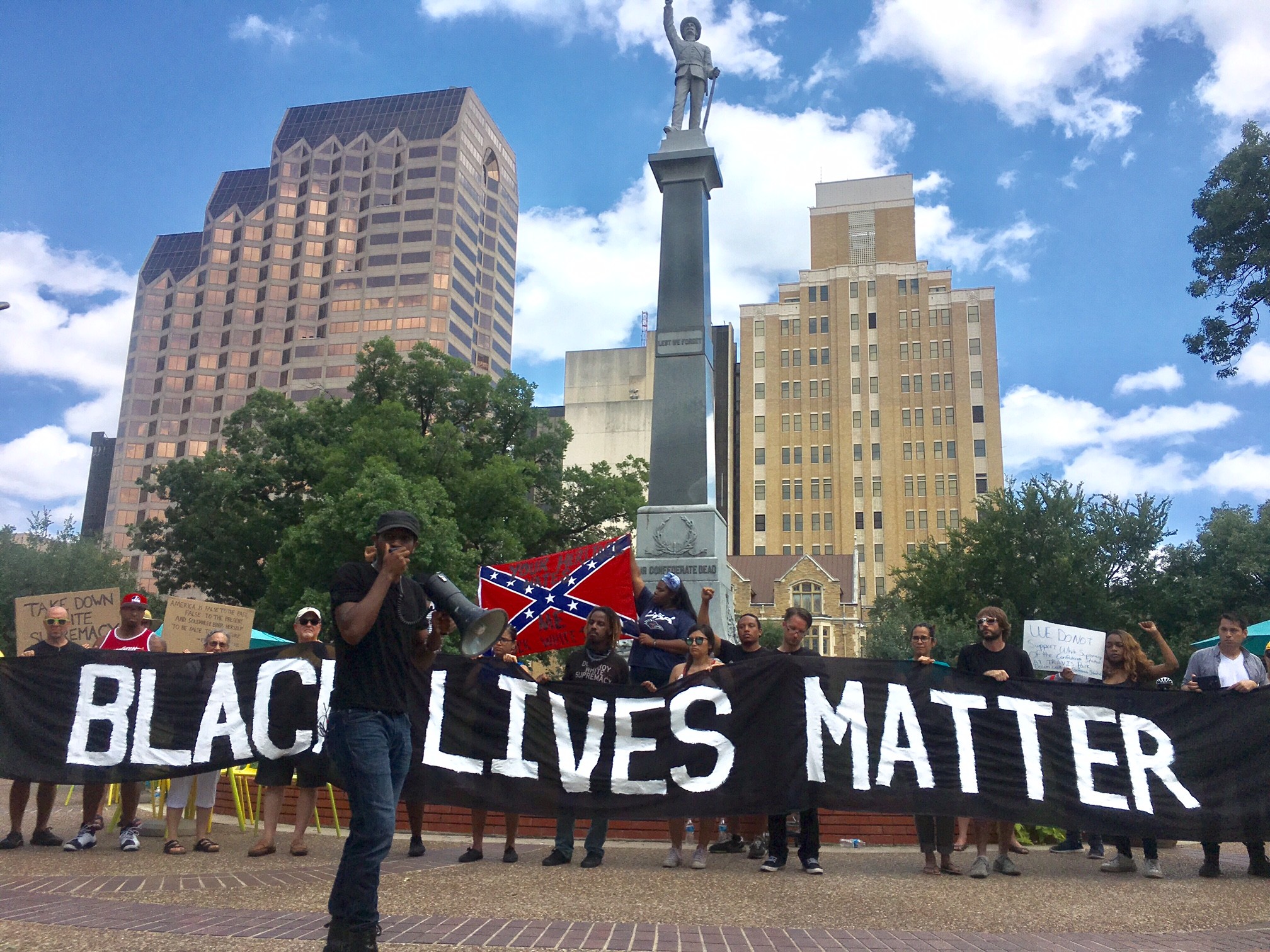 “Ma’am, would you like to sign the petition to move this Confederate Monument?” I said in a respectful tone.

In Arkansas, where I live, I am careful to present my advocacy in the most pleasant way possible. Generally, in such a southern state, I would find many people who strongly disagreed with what I had to say.  Usually, however, they would ignore me or politely say no thank you.  No one would be outwardly hostile to a 16-year-old girl.  So what I heard next very much surprised me.

The small, old woman to whom I had asked my question returned with a horribly racist comment: “I don’t think we should move the monument, but let’s move the blacks outta here instead.” In the moment, I don’t think she realized that she was saying something so offensive to a brown person. I was in shock when this took place and could only answer back with a meek “okay.”

Immediately afterwards when I snapped out of it, I told the small crowd of protestors around me what had just happened. The amazing woman who ran the organization was an older Black woman, and unlike me, she confronted the racist woman.  The organizer went to her directly and asked her why she would make such a comment.  The woman responded saying, “I have the right to be racist, I’m calling the cops.” She never called the cops, but it was an “interesting” experience nonetheless. As a brown person growing up in America, I have experienced my fair share of stereotyping and discrimination, but it had never been so blatant. Typically, it came from people who were ignorant and didn’t understand my culture or race. No one had been so unreservedly and proudly racist. Protesting that Confederate monument had exposed me to many large, angry men who alleged that such a statue wasn’t a symbol of white supremacy, forgetting that the Confederacy had fought for slavery. They weren’t consciously racist, but rather didn’t understand history and chose to create their own narrative.

This woman was different.  She wholly believed that black and brown individuals were inferior as a people.  It was the first time that I had heard such hate up close and personal.  Obviously this old woman couldn’t hurt me, but the words that came out of her mouth hurt my soul.  It hurt to believe that people still had such beliefs.  It hurt to know that in people’s eyes, I was worthless as a human being because my skin was dark.

This is why I’m passionate about activism. It’s easy to watch bad things happening on television and complain about it.  Activism is being on the frontlines and fighting for what you believe in.  When I advocated for the removal of my community’s confederate monument, I saw the worst and best of society.  This older woman was a product of her time.  She had grown up in an age in which the racial hierarchy consistently favored those with white skin.  I knew I wanted to work for progress, away from the past that had created someone so full of hate.

On the other hand, I had the honor of working with amazing people while protesting.  They had a vision for the future that championed equality and acceptance.  They inspired me to do more and do better.  Activism has enriched my life. Sometimes it felt like what I was doing was having no impact, sometimes it felt scary, sometimes it felt soul-crushing, but in the end, I held close the belief that change begins at the community level.  I knew in my heart I was making a difference.  Grassroots activism and organizing are the origin of the most successful campaigns for change.  Being even a small part of that is of paramount importance.  If I can make the brown and black people of my community feeler safer and more accepted, I know I am doing something important.  Whatever hate I receive in the process will have been worth it.