When an individual is adamant about their campaign, they will do anything in their power to dodge what jeopardizes it.

Isabella Folchetti
and
September 30, 2021
in
Activism
Courtesy of The Cut 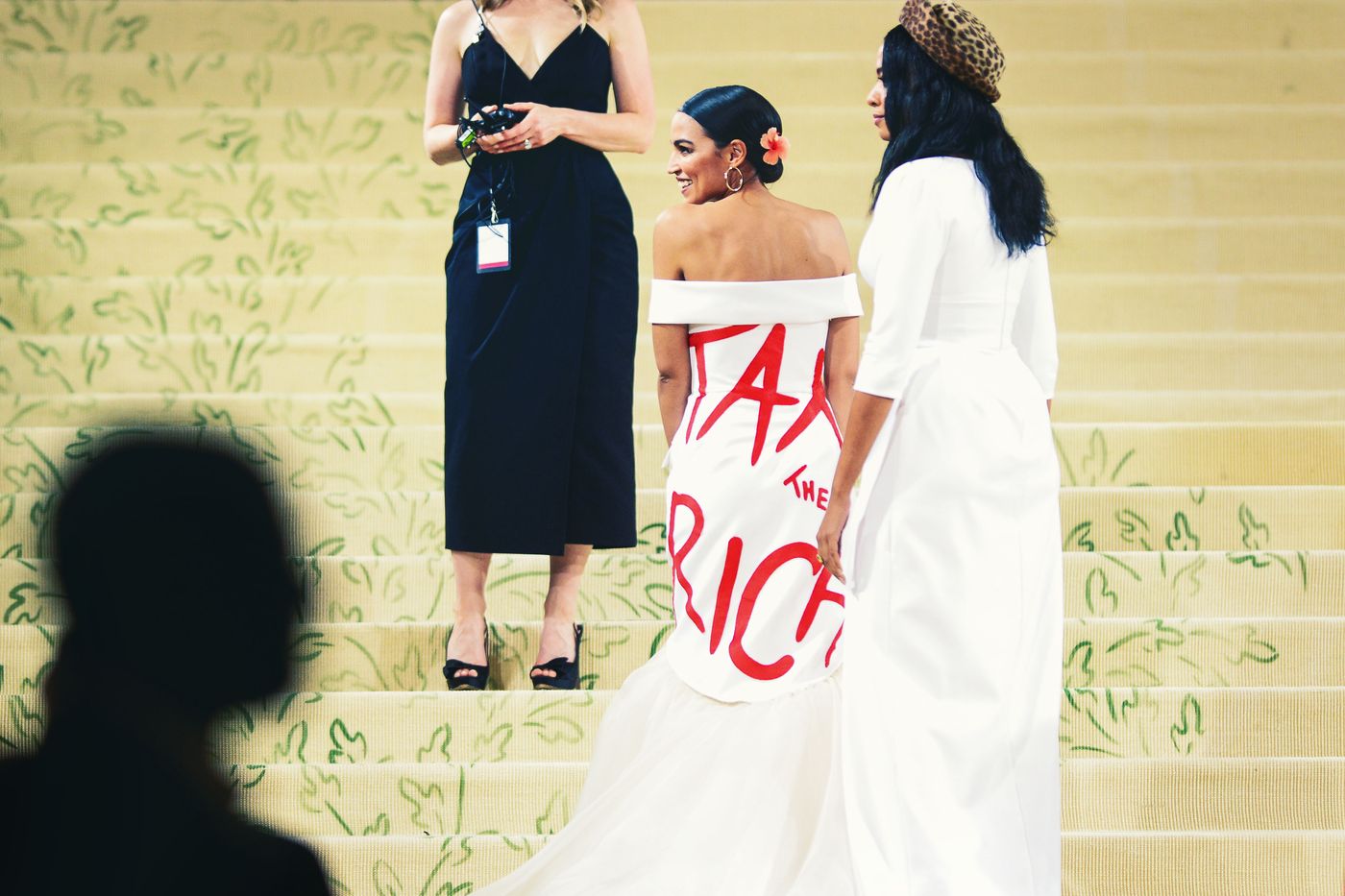 On the evening of September 13th, 2021, an annual fundraiser for the Metropolitan Museum of Art was held, hosting a large turn-up of well-known artists and celebrities, all of which zipped themselves into designer clothing, and dawdled on the steps of their solo-red carpet. United States Representative, Alexandra Ocasio Cortez, was one of the several Met Gala attendees. She was wearing what would become an article of controversy; 'Tax the Rich,' the blood drawn letters cried as they cuffed the back of the all-white dress. But outside the event, cries of Black Lives Matter protesters and NYPD-reformists were too being cuffed in a series of wrongful arrests.

According to teenvogue.com, #FIRETHEMALL, a group of abolitionists based in New York City, who believe that policing does not "serve communities"-specifically those of marginalized demographics- "or utilize the roughly 11 billion dollars in resources to protect marginalized communities," was pinned and prosecuted outside of the Gala gathering on that same evening. Cortez and several other politicians, including New York City Mayor Bill de Blasio, either unaware or selectively ignorant, proceeded their whereabouts at the fundraiser, which racked up nearly 16.75 million dollars in the form of designer dresses, limos, publicization, etc., proceeds.

"I feel like if the congresswoman was going to come to the Met, she might as well come with a message," said Cortez's designer, Aurora James (a product of Washington Post (Incorporated)). The statement made on behalf of James was not the issue; instead, it was in the context of what was occurring outside of that silver-spoon dome that proved it counterintuitive. If Cortez was truly worried about "arriving with a message," other than reaping the benefits of performative activism, she would not have dismissed the prosecution of the Black Lives Matter and Police Defund(ing) protesters. Instead, they would have either stood with said protestors as a source of untouchable force or publicized the whereabouts of the police and how they were mishandling the situation altogether.

An exploration of further detail regarding the protest that sparked massed prosecution right outside the Metropolitan Museum of Technology allows me to pinpoint the principal motive: addressing the dismissal of police wrongdoings, specifically relating to the well-being of Black and Brown communities. According to blackenterprise.com, before police interruption, protestors were speaking out against Mayor De Blasio and his inability to hold police accountable for their ill-intended actions.

Context-wise, the protestors aimed to pave a safer and more equitable path for marginalized groups--African Americans and Afro-Latinos in this case specifically--which, the protestors contested, was unexecuted by the Mayor and the forces behind his power. Because most demonstrators were people fighting for civic rights and no "higher power" was present to dodge prosecution or police enforcement, the protesters were consequently targeted and persecuted. Many argue whether or not criminal charges and arrests would have been made if a politician such as Alexandra Ocasio Cortez, or Mayor De Blasio, could have made themselves readily available that evening, rather than bathing in the luxury of the elitists.

Regardless of one's socio-political beliefs, it is fair to conclude that the United States' capitalist foundations allow large corporations, industries, or figures to rack up funds amidst millions of marginalized people's socio-economic and political issues. It is no shock that a Met Gala was held to honor one of the world's most extensive, affluent art galleries.

However, it is what one would consider an "unpleasant coming to terms." Even those who pose as the beacon of socio-political rights, equality, and stability - such as Alexandra Ocasio Cortez - not only lavish in an affluent-funded event but chose to mark their own political opinions on the sleeves of their shirt. This makes it appear as if their main incentive was to elicit change. In reality, they revealed performative activism at the cost of dismissing the injustices towards marginalized communities.