As much as I like to think I’m proof that stereotypes are wrong, Asian stereotypes still finds their way into my life.

Joanne Wang
and
December 30, 2020
in
Race
Courtesy of Pinterest 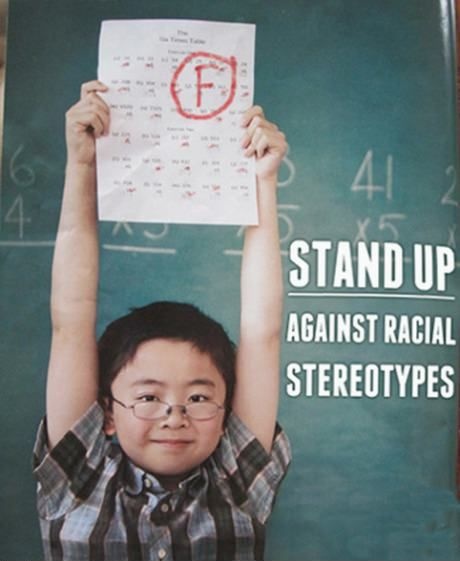 I like to believe that I defy the stereotype of being Chinese. Instead of ruler straight black hair, I have a head full of brown locks. Instead of the supposed small eyes that so many people think we look at the world through, my eyes seem almost abnormally big. And I like being able to look at people who sneer that all Asians have small eyes and ask “really?”. But as much as I like to think I’m proof that stereotypes are wrong, the Asian stereotype still finds its way into my life.

Stereotype #1: All Asians are geniuses. And yes, I have heard almost everything defending this stereotype: “That’s a good stereotype!” and “what’s so bad about being thought of as smart?” or even “but isn’t that true?”. Yes, it’s not as bad as other stereotypes in the world, but it comes, in turn, with one scary word: expectations. Back in elementary school, perhaps I was unaware of stereotypes, but I never felt as though what I did was being judged. So why did that change in middle school? There was a program in our middle school called A&E math in which nearly everyone was Asian. So much so that the “A” in A&E was commonly known as “Asian”. There was a test you could take in order to get in, but being young and scared of judgment, I didn’t take it in fear of not getting in. I wasn’t prepared to hear, “If you’re really Asian, then why didn’t you get in A&E?”. So instead I had a nice little excuse: “Oh, I didn’t try out”. And yet the questions of why I wasn’t in the advanced program kept coming my way. It didn’t matter that I took honors math—all people wanted to know was why I wasn’t in the most advanced program.

Stereotype #2: Asians don’t have to try in order to get good grades. Now, I don’t know about my other Asian friends, but I didn’t come out of the womb talking with perfect grammar or solving algebraic equations. I did the same thing as everyone else in the school: I studied and did the best I could. It’s nice to feel smart, but there’s a point when it seems like people think you don’t even try. This past freshman year, I took Language Arts I Honors, which is infamous for being difficult. The first essay I wrote received a low C—so did the second. But by the third, I raised it up to a high B, and then eventually received an A on another writing assignment. Was I proud? Honestly, I was because I practiced to get that grade higher. But when I talked with other students about grades and my improvement came up, I heard many “of course you did”s as answers. When I say I received a low grade, people automatically scoff and ask if I got a low A. This stereotype is perhaps the one I hate the most because the work I put into studying is dismissed, and I’m simply deemed “naturally intelligent”.

Stereotype #3: Asians can’t play sports. In school, I play volleyball as a setter. Our team definitely isn’t the best, but it certainly isn’t the worst either. Interestingly, most of our volleyball team is made up of Asians. It’s just a bit intimidating when we walk into a gym, and the other team consists of entirely tall, white girls. I honestly don’t know if those girls are thinking that we would be an easy team to beat because we’re Asian, but there’s a little voice in the back of my mind that whispers they do think that. I don’t like the feeling of fighting a mental battle with myself before I even step on the court to show the other team what I’ve got.

My school is made up of an Asian majority, so perhaps my experience is different than that of students who attend schools with mostly white classmates. And by no means do I want to sound like I’m complaining about these stereotypes because I know fully well that worse stereotypes, which actually cause people to fear others for no reason, exist in this world. Sometimes it’s hard to forget that Asians aren’t in movies or tv shows, nor do they win big awards often, such as an Oscar, any more than perhaps African Americans actors. But it’s 2016—this battle against stereotypes has been fought for too long. No one should feel pressured or pushed around by stereotypes. No one should feel obligated to take certain action because of stereotypes. And most of all, no one should feel as though they are being judged or restricted because of these sometimes seemingly harmless statements that fly around and bury themselves in the minds of others.

I do believe education about the harmful effects of racism and stereotypes is important for youth because no one is born hateful or judgmental. There’s no reason I should feel judged or inferior when I walk onto a volleyball court, just as there is no reason a minority should feel judged or inferior when she walks into an office to apply for a job. There’s no reason I should feel scared of judgment for not living up to a certain “Asian expectation”, just as there is no reason anyone, and I mean anyone, should be scared of feeling judgment when she walks down the street. These small events that teenagers feel when they are young are suddenly amplified once they leave the nice bubble of childhood and enter the world with a different color skin, a different body type, a different eye shape, a different head of hair as someone else, despite the fact that they all share one thing: the right to be treated as a human being.