January 6, 2021 will go down in history as one of the darkest days for American democracy

Roma Joglekar
and
July 22, 2021
in
World
Courtesy of Politico 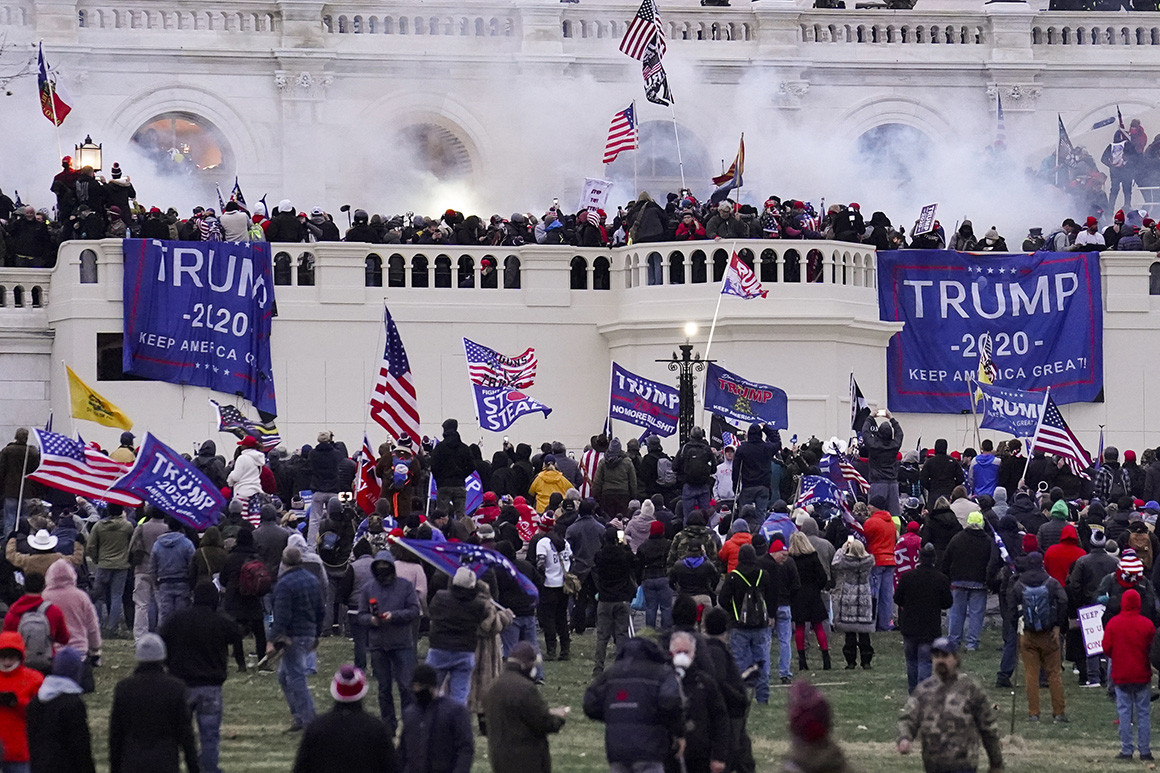 January 6, 2021 will go down in history as one of the darkest days for American democracy. This country was founded on ideals of democracy, namely the people having direct say in their political representation. Donald Trump showed zero regard for this principle when he declared election fraud and refuted Joe Biden’s win in the presidential election. Despite the lack of evidence to back his claims, Trump’s supporters were quick to back their beloved candidate and refuse to accept Biden as the incoming president.

On January 6th, the day that Congress gathered to certify Biden’s electoral votes, Trump hosted a large “Save America” rally in Washington D.C. His speech at the rally served as a call to action for his supporters to “demand that Congress do the right thing” and “show strength.” The crowd took inspiration from Trump’s speech and marched to the Capitol building. Around 2 pm, the pro-Trump mob breached the Capitol building by shattering windows and then forcibly climbing through these openings.

An investigation conducted by the New York Times revealed that the Capitol police had different responses to the rioters at each breach point. While some officers actively tried to stop rioters from entering the building, others stepped aside and welcomed them into the Capitol. These rioters were not peaceful. They were not patriots. They were domestic terrorists. Images showed these insurrectionists hanging off railings, trashing offices, and assaulting police officers. It was a blatant attempt to overthrow the government and reject the basic principle of fair elections.

The January 6th mob has led to many pressing questions. Was the mob premeditated by organized groups? The New York Times investigation asserted that this was not the case. While there were a surprising number of extremist right-wing militant groups in attendance, specifically members of the Proud Boys and the Oath Keepers, the majority of the mob acted on their own accord and was spurred by former president Trump. However, investigators did find that the organized members planned to purposefully provoke violence from the individual mob members. Donald Trump’s influence on January 6th is also often debated. Did his speech lead to the nasty, vicious attack on the Capitol? Although it is difficult to determine the root cause of the attack, video evidence has made it clear that rioters took great inspiration from Trump’s deceptive rhetoric. A female rioter shouted, “stand up for our country and the Constitution,” which was a direct quote from Trump’s speech. Others declared that they were invited by the President himself.

As we pass a full six months since the attack, lawmakers and Americans are calling for a thorough investigation of January 6th. The House has voted to establish a select investigation committee led by Speaker Nancy Pelosi. This decision came after a bipartisan committee was rejected by Republicans in the Senate. The goal of this committee is to examine the lack of proper Capitol security and the cause of the insurrection attempt. The select committee will also have subpoena power, meaning that they can call on Republican politicians potentially tied to January 6th to testify. House Minority Leader Kevin McCarthy and his Republican colleagues argue that the select committee is highly partisan; however, when considering the fact that Republicans rejected a bipartisan committee, their argument is largely baseless. However, Speaker Pelosi has appointed Rep. Liz Cheney onto the committee to combat these claims.

The January 6th investigation commission is vital. The terrorist attack on Jan 6 has left us with many questions that demand answers. How was this untrained mob able to breach a federal building so easily? Why was there such a lack of security? The National Guard was called upon to guard the Lincoln Memorial when Black Lives Matter protests took place in Washington D.C. following George Floyd’s murder. Questions such as, “Why is it that when Black Americans fight for equality they are met with immediate resistance, but when White Americans attempt to overthrow our government, police officers hesitate to enforce the law?” need to be answered. It is imperative that lawmakers complete this investigation commission properly. We must stand against domestic terrorism and show that the American democracy overrules partisan issues.