In the midst of a major immigration debate, a new restaurant in the nation’s capital called Immigrant Food has opened- just a block away from the White House.

Pavana Upadhyaya
and
December 16, 2019
in
Immigration
Courtesy of PoPville 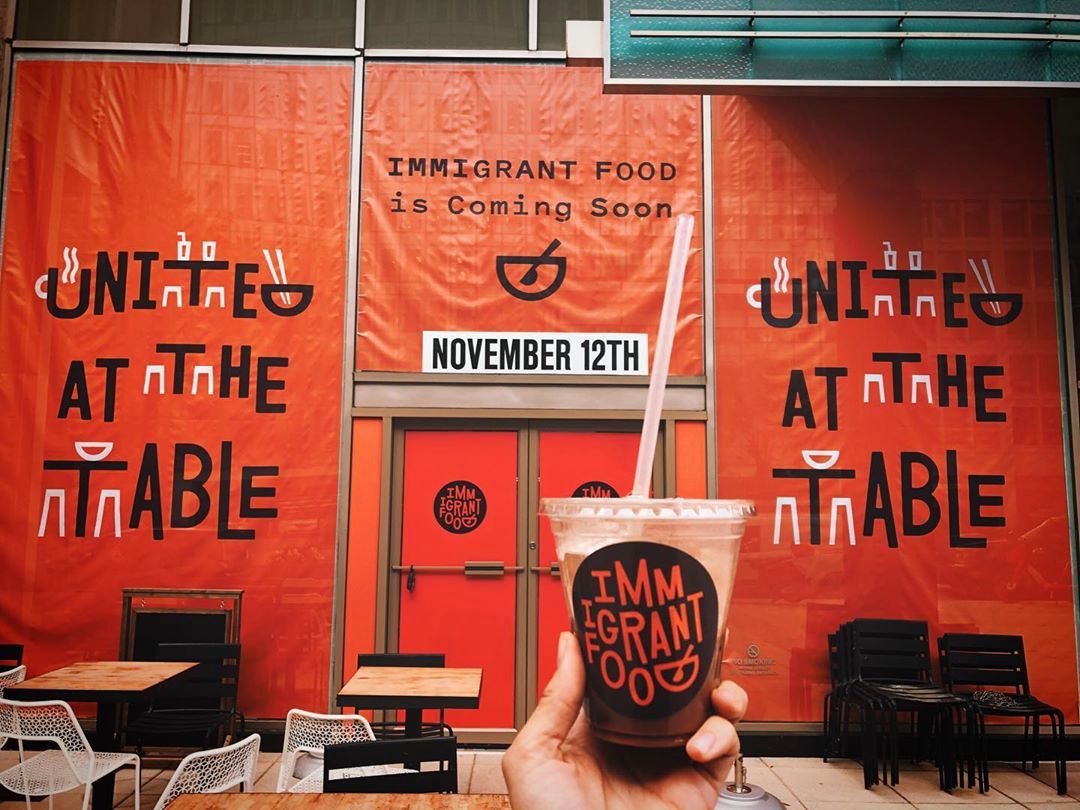 From the Europeans that first established settlements in the 1600s to the 40 million immigrants in our country today, immigrants are an invaluable part of America’s long and storied history. But in the political world, the word “immigrant” has taken on a negative connotation. The Trump administration has wished to curtail and completely block immigration. In the midst of this major immigration debate, a new restaurant in the nation’s capital called Immigrant Food has opened- just a block away from the White House.

This casual restaurant serves vegan drinks and creative fusion bowls, such as “Viet Vibes”, a bowl that combines flavors from Vietnam and the Carribean Islands. But the menu isn’t the only thing that Immigrant Food is focused on. Immigrant Food’s main goal is to respond to the anti-immigrant movement that is dominating the social conversation today. The restaurant promotes advocacy groups and charities by offering its upstairs space for activities like English classes and meetings. Immigrant Food also sells merchandise such as tote bags with slogans along the lines of “Unity is delicious” and “Immigrants made America Great”. By doing so, Immigrant Food is opening up a space for immigrants to thrive in their community and allows consumers to show their support for this issue.

America is famously known for being a melting pot of different cultures. Immigrants are the backbone of this fusion of cultures; they’ve brought items from their home cultures- think bagels from Eastern-European immigrants in the 1970s-to create a country that is unique and diverse. Immigrants bring new customs, cuisines, and art to the United States, strengthening our cultural fabric. The diverse ideas and skills brought by immigrants are beneficial to our country. 18% of all small business owners in the United States are immigrants, which employ a total of 4.7 million people, proving that immigrants also economically bolster our society. Immigrant Food wishes to demonstrate to the nation why immigrants are necessary to America- without them, we would not have this beautiful country today.