Kendall Carll
and
March 31, 2021
in
World
Courtesy of WHYY 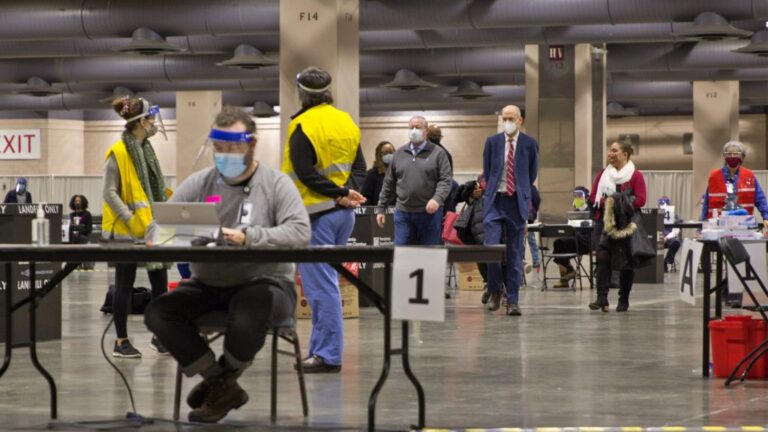 Dr. Rochelle Walensky, CDC Director, signed off on the Johson & Johnson’s (J&J) vaccine, allowing the federal government to ship doses to vaccination facilities across the country. J&J is prepared to ship the roughly 4 million doses once the board approves emergency use authorization. Notably, the vaccine is only approved for those 18 and older, meaning that adolescents don’t yet have access.

Gov. Tate Reeves (R) and Gov. Greg Abbot (R) decided to put an end to significant coronavirus restrictions within their respective states. These actions eliminate mask mandates and permit businesses to operate at full capacity. However, many private businesses and independent school districts have still elected to keep masks mandatory.

As protests continue to grow, the police in Myanmar are becoming more violent in their tactics. On March 4, a conflict resulted in roughly 38 deaths and countless more casualties. The United Nations special envoy for Myanmar, Christine Burgener, told reporters that “it was the bloodiest day since the coup happened on February 1.”

The FBI arrested Fedderico Klein, a former Trump staffer, and charged him with assaulting federal law enforcement for his role in the January 6th riots. In the arrests made stemming from the riots, Klein is the first member of the Trump administration to face charges.

New York Gov. Cuomo is facing calls from the state’s top Democratic lawmaker, Andrea Steward-Cousins, to step down following allegations of sexual harassment and pending investigations into COVID-19 nursing home deaths. “We need to govern without daily destruction. For the good of the state Governor Cuomo must resign,” Steward-Cousins said in a recent statement.

Representing the first major legislation win for the Biden administration, the Senate approved a $1.9 trillion pandemic relief bill on March 10, which was signed by the president two days later. Democratic lawmakers demanded swift action to address the still-faltering economy while GOP congresspeople brought forth concerns over where the $1.9 trillion was allocated.

In what the family’s attorney calls the largest pretrial civil rights settlement in history, Minneapolis settled its federal lawsuit with George Floyd’s family for $27 million. On the criminal side, the jury selection is underway in the murder trial of Derek Chauvin.

In commemoration of the anniversary of Breonna Taylor’s death, a Black woman killed by police officers in her apartment, demonstrators gathered in downtown Louisville to march. Activists and supporters, alongside Taylor’s family, continue to demand justice for Breonna.

During a COVID-restricted Grammys, an array of female artists received the industry’s top awards. After receiving the Album of the Year award, Taylor Swift became the first woman to receive the award three times. Additionally, Beyonce became the most awarded singer of all time after receiving awards for her “Savage” remix with Megan Thee Stallion.

Deb Halland, Representative from New Mexico, became the first Native American secretary of the Interior when the Senate confirmed her nomination to the Biden administration. While Halland set history by becoming one of the first two Native American women in the House in 2018, her new position allows her to lead the department that has historically abused and neglected the Indigenous community.

In attacks on spas throughout Atlanta, a gunman murdered six Asian women and two others. This comes while the country grapples with an increase in anti-Asian hate crimes as a result of GOP politicians and former-President Trump’s dangerous rhetoric. Read more here.

After being tipped off by an “intelligence bulletin that originated from Texas,” a San Antonio man was arrested by the Secret Service outside the official Vice Presidential residence. The man, Paul Murray, was charged with weapon-related offenses after police recovered a rifle and ammunition from Murray’s vehicle.

Secretary Alejandro Mayorkas told ABC that “the border is closed” after urging migrants not to travel to the United States. This comes while the Biden administration attempts to deal with an influx of people and particularly large numbers of unaccompanied minors on the southern border.

A 21-year-old white man took the lives of 10 people in a Boulder, Colorado supermarket in the second mass shooting in the United States for the week. While officials are still unclear on the motive, the suspect was previously convicted of misdemeanor assault in the classroom and was described by his brother as “mentally ill, paranoid and antisocial.”

A Panamanian ship traveling from The Netherlands to China ran aground, blocking the Suez Canal and preventing transportation through the crucial waterway. The Suez Canal is critical to global trade with more than 18,000 ships traversing it in 2018. Now, the vessels stuck include 41 bulk carriers, 33 container ships, dozens of oil tankers, and a Russian warship, losing $10 billion per day in maritime trade.