Kendall Carll
and
February 28, 2021
in
World
Courtesy of CNN 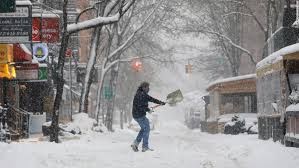 Please find a timeline of all the significant events that occurred in February of 2021 below: ‍

The first major winter storm of 2021 dropped two feet of snow on New York City and upwards of a foot across the Mid-Atlantic and Northeast. Many were urged to stay home if they were not essential workers, and many coronavirus vaccination sites were shut down.

Following her open espousal of extremist beliefs, including being an adherent of QAnon ideology, Representative Marjorie Taylor Greene (R-Ga.) was removed from her two committee assignments. The unprecedented move by House Democrats was decided by a vote split squarely on party lines. ‍

President Biden halted U.S. support for the Saudi Arabia-led coalition conducting a military campaign in Yemen. Described by the United Nations as the world’s worst humanitarian crisis, Biden’s recent actions follow in his declaration that “this war has to end.”

Feb. 7 – Chiefs and Buccaneers Face Off in Super Bowl LV

The most abnormal NFL season came to an end with the Tampa Bay Buccaneers defeating the Kansas City Chiefs 31-9 in an unexpected blowout victory. Quarterback Tom Brady now has seven Super Bowl rings, more than any single franchise in NFL history, and also picked up his fourth Super Bowl MVP award. ‍

Representative Ron Wright (R-Tx.), 67, was the first member of Congress to die from coronavirus. “His wife Susan was by his side and he is now in the presence of their Lord and Savior,” according to a statement released by his office.

The Senate found the Trump impeachment trial to be constitutional after Republicans objected to the procedures on grounds of Trump no longer being President. The vote was 56-44 with 6 GOP Senators joining Democrats and allowing for full proceedings to begin. ‍

More contagious coronavirus variants have caused the CDC to officially update its coronavirus guidance plans. The updated recommendations include double-masking and suggest utilizing surgical masks to “maximize protection against the virus”.

Featuring Maddie Ziegler and Kate Hudson, the film explores themes of “finding your voice and creating family”, according to Sia. However, it has been riddled with controversy over Sia’s casting decisions and “borderline offensive” nature.‍

Biden announced that the U.S. has new contracts for vaccines with Pfizer Inc. and Moderna Inc. that require an additional 100 million vaccine doses from each company. The new supply brings the U.S. total vaccine orders to 600 million. Biden remarked, “We have to stay vigilant, we have to stay focused and for God’s sake, we have to remember who we are. We are the United States of America. We can do this.” ‍

The Democratic leader of New York came under fire for his intentional withholding of coronavirus data relating to nursing homes. Now, New York State Senate leaders are looking to strip the governor of the unilateral emergency powers he was granted during the pandemic.

In an unprecedented second impeachment trial, former president Donald Trump was acquitted on a vote of 57-43 with 7 GOP Senators crossing party lines. Multiple organizations and individuals are now pursuing other legal options to hold Trump accountable for his role in the attack on the Capitol.

Winter storm Uri swept through most of the southern United States, hitting Texas particularly hard. Widespread outages left millions without power and millions more suffered rolling blackouts. The state power grid, which is separate from the rest of the country, was “seconds and minutes'' away from having blackouts for months.‍

As a part of Democrats' continued effort to hold the former president accountable, Speaker of the House Nancy Pelosi (D-Md.) announced that they will open a 9/11-style commission to investigate the events of January 6, 2021.

After announcing to his listeners that he had stage four lung cancer last year, conservative broadcaster Rush Limbaugh passed away at the age of 70. He entertained millions of conservative listeners and promoted long-shot politics to the national stage. The NPR puts it perfectly: “Before right-wing conspiracy theorist Alex Jones, before Fox News, there was Limbaugh.”‍

After a 203-day and 293 million mile long journey, NASA’s largest and most advanced rover, named Perseverance, touched down on the red planet. Its mission is an ambitious step to collect martian samples and bring them back to Earth for in-depth analysis. Perseverance has also sent back the first high resolution, color images of the red planet.

A week after freezing temperatures swept Texas, millions were still without power. President Biden’s decision to approve a major disaster declaration for Texas paved the way for federal assistance to work alongside state and local efforts. Texas Governor Greg Abbot (R) has thanked Biden for the assistance.

The United States passed 500,000 in total coronavirus deaths while President Biden sought to organize a vigil to honor those lost. At the same time, Dr. Fauci advised Americans to be prepared to wear masks into 2022 as control over the virus is slipping due to new variants and local-level deregulation. ‍

After days of debate, the House passed the Equality Act on a vote of 224-206, a rough split down party lines. The bill would amend the 1964 Civil Rights Acts to protect against discrimination on the basis of gender and sexual orientation. Rep. Marjorie Taylor Greene (R-Ga.) led the opposition to the bill, going as far to post a transphobic sign outside her office after Rep. Marie Newman (D-Ill.) displayed a transgender pride flag in support of her transgender daughter. ‍

The family brand Johnson-Johnsons recently finished developing their COVID-19 vaccine, and after the conclusion of the FDA’s review, the drug was approved for emergency use. Notably, this vaccine is a single-dose and is thus expected to help expedite the vaccination campaign.

The US carried out airstrikes on two Syrian militant groups backed by the Iranian government. The mission's completion represented not only the first lethal strike under the new president, but also the continuation of US military intervention in the Middle East. The sites targeted were believed to have been used in rocket attacks against US assets in Iraq, and the bombings themselves killed up “to a handful” of militants.‍

The House managed to pass their $1.9 trillion dollar covid relief bill on a wholly partisan vote, with all Republicans and two Democrats voting against the relief package. The bill has been proposed as a “budget reconciliation” and thus will only need a simple majority in the Senate, where Democrats have control. President Biden has urged the Senate to move quickly and “act now” on the president’s first major legislative initiative.

Despite his loss in the 2020 election, Trump has made it clear that he aims to remain a conservative force in American politics. This year’s Conservative Political Action Conference (CPAC) was Trump-focused as the former president made many appearances and speeches at the event. CPAC has come under fire for multiple accusations of white supremacy, most recently for the conference’s stage shape resembling a Nazi symbol.