Alana Esposito
and
September 20, 2020
in
World
Courtesy of The Guardian 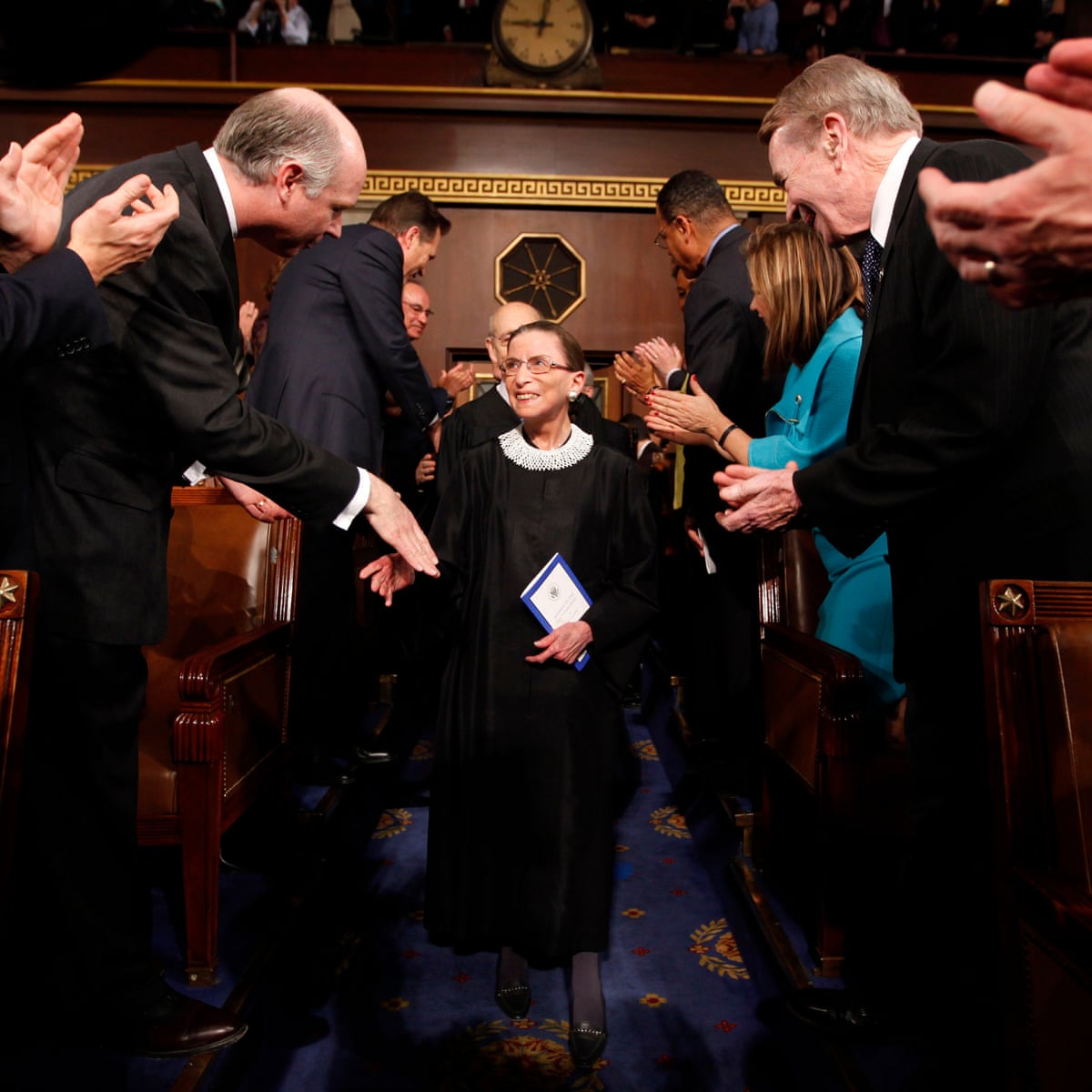 "When I'm sometimes asked 'When will there be enough (women on the Supreme Court)?' and my answer is: 'When there are nine.' People are shocked. But there'd been nine men, and nobody's ever raised a question about that."‍

According to Jewish tradition, a person who dies on Rosh Hashanah is “a person of great righteousness”. On September 18th, 2020, Ruth Bader Ginsburg tragically passed away after a long battle with pancreatic cancer, her fifth instance of cancer. As the first Jewish Justice on the Supreme Court, the date of her passing took on an added significance for many Americans.

Supreme Court Justice Ruth Bader Ginsburg was a lifelong champion of justice and equality. In my freshman year English class, we had to do a research assignment on our “hero.” I chose Ruth Bader Ginsburg, having watched the CNN Documentary on her incredible life and legacy recently. I, along with many others, could identify with her perseverance in light of the injustices she faced. There are certainly places that persist today where women are underrepresented or not treated as equals, so to see a woman who broke barriers to get into rooms that would rather keep her out, is inspiring. She was unapologetic for her dissent. ‍

“My mother told me to be a lady. And for her, that meant be your own person, be independent.”‍

Ruth Bader Ginsburg was born March 15th, 1933 in Brooklyn, New York. Her mother instilled the value of education in her at a young age. Due to her own battle with cancer, she didn’t get to see her daughter graduate high school. Young Ruth saw firsthand the discrimination and anti-semitism that affected Jewish people. Ginsburg would go on to study at Cornell University, where she met her future husband, Martin Ginsburg, and graduated with honors. Ginsburg remarked, “he was the first boy I ever knew who cared that I had a brain."

After Martin finished his first year at Harvard Law School, the couple moved to Oklahoma for his military service. Ginsburg became pregnant with her first child; this pregnancy led to her being forced to take “maternity leave,” essentially demoting her from her job in Oklahoma’s Social Security department. When Martin returned to school, Ginsburg joined him, enrolling as one of only nine women in her class. She frequently faced discrimination, at one point being asked by a dean why she had taken a man’s spot in the class. Ginsburg faced even more hardship when Martin was diagnosed with testicular cancer in his third year of law school. While he received treatment, she selflessly took notes for his classes so that he would not fall behind, all while staying on top of her own work and taking care of their daughter, Jane. Thanks to Ginsburg, Martin went on to graduate with top honors. Their family moved to New York so Martin could establish his career in tax law and Ginsburg could finish her degree at Columbia Law School.

After a brief stint in Sweden writing civil procedure, Ginsburg became a professor at Rutgers’ Law School. Because her husband had a “good job,” Ginsburg was paid a low salary. Here, she became pregnant with the couple’s second child. She was forced to conceal her pregnancy with baggy clothes for fear of being punished as she was in Oklahoma. After teaching at Rutgers and gaining tenure, she moved on to Harvard Law School, but was denied tenure. It was at Columbia Law School where she became the first female tenured professor, earning a position that she rightfully deserved. ‍

"Women will have achieved true equality when men share with them the responsibility of bringing up the next generation."‍

In 1972, she founded and led the ACLU’s Women’s Rights Project. Here, Ginsburg brought

Dorothy Kennedy’s and Pauli Murray’s work in advancing gender equality to the forefront of national attention. She not only fought for women’s rights, but for men too. She targeted laws that restricted women in society and excluded men from so-called “women’s roles,” such as  childcare. She argued six cases in front of the Supreme Court, successfully winning five. Ginsburg’s impressive credentials landed her on Jimmy Carter’s list of appointees to the District of Columbia’s Court of Appeals in 1980. Thirteen years later, in 1993, President Bill Clinton appointed Ruth Bader Ginsburg to the Supreme Court, just the second woman to hold such a position, where she would preside for over 27 years.

Ginsburg loved her work. She didn’t miss a day on the bench until January 7th, 2019, as she recuperated from lung cancer surgery. She had such dedication and zeal that she was at court the day after her beloved husband died. She understood the importance of her advocacy and her voice.

Ginsburg was an opponent of the death penalty, a protector of women’s reproductive rights, and, most notably, a proponent of gender equality. She defended marriage equality, the Voting Rights Act, affirmative action, and the Affordable Care Act. One of her defining opinions was when she delivered the majority opinion in the United States v. Virginia case, which ended the male-only admissions policy of the Virginia Military Institute. This was a culmination of her lifetime’s work to achieve gender equality and expand the interpretation of the 14th amendment to include protections on the basis of sex.

As stated in the New York Magazine, Ginsburg believed that women were “reasonable, equally flawed humans.” Ginsburg was human, she was not infallible. But she is proof that people can falter and still be a part of something greater than themselves. She said, “I really concentrate on what’s on my plate at the moment and do the very best I can.” Her legacy was constantly evolving, but it was undeniably incredible. She leaves behind a road she helped pave alongside Sandra Day O’Connor, the first woman on the Supreme Court, for women like Sonia Sotomayor and Elena Kegan, and those who will follow. ‍

"Fight for the things that you care about, but do it in a way that will lead others to join you."‍

Ginsburg was a relentless defender of justice and a true champion of progress and equality. Her legacy is not only the legal architecture she helped lay, but it is also the people whom she inspired. She is a testament to perseverance and courage in the face of seemingly insurmountable adversity. Ginsburg never gave up, she fought until her last breath; let us do the same to uphold the values of justice and equality she dedicated her life to.

May her memory forever be a blessing.