December 30th, 2020 was a monumental day for women in Argentina and for women all around the world

Ashna Talukder
and
January 26, 2021
in
Women's Rights
Courtesy of Vox 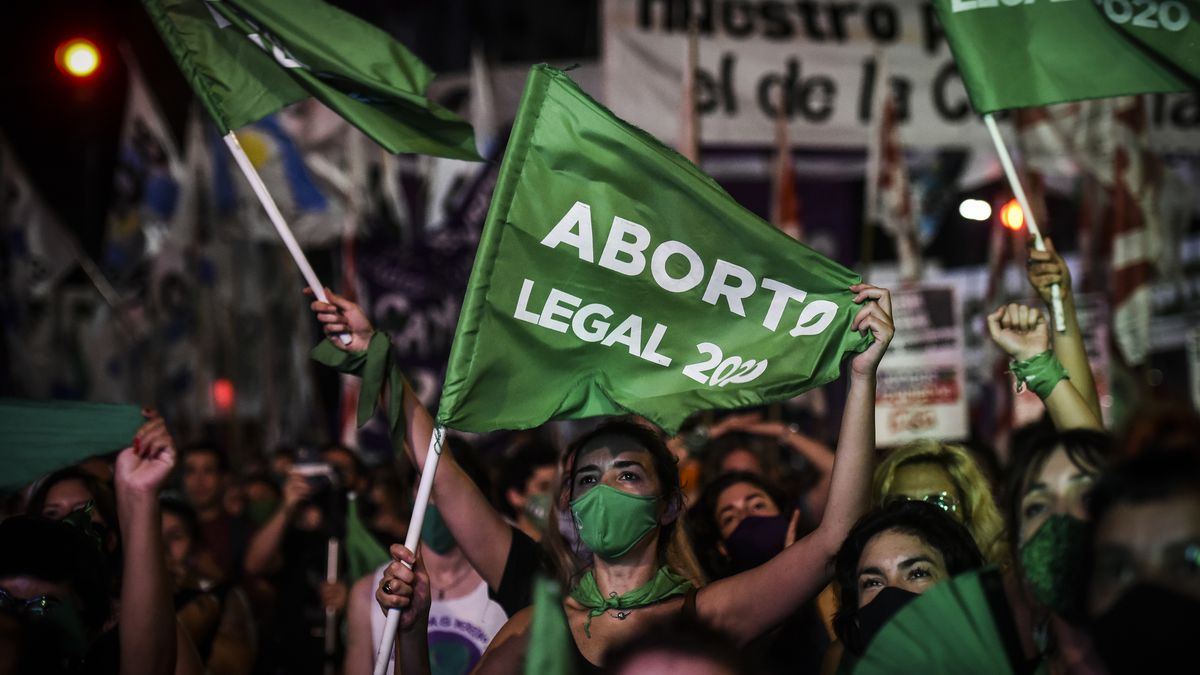 December 30th, 2020 was a monumental day for women in Argentina and for women all around the world. On that Wednesday, the Senate in Argentina voted on a bill that legalized abortion. With a 38 to 29 vote, the bill, which will allow abortion up to the first 14 weeks of pregnancy, was passed that morning. After that time period, abortions will still be legal in cases of rape or if the mother’s life is in medical danger. Experts state that this new law will allow 13 to 16 year olds going through a pregnancy to “access abortion services without a guardian.” Senators also voted for a bill called the “1000 Day Plan,” which vouches for better healthcare for pregnant women and mothers. Both bills take a huge step in a much needed direction for the overarching issue of reproductive rights.

Abortion in Argentina has been a very controversial issue. With Argentina generally being more of an conservative, Catholic country, a significant portion of its population disagrees with the legalization of abortion. Many church leaders led prayers against the law being passed and criticized the concept of abortion itself.

The change in abortion legislation came with the help from President Alberto Fernández, a mostly central, left-leaning president, as well as multiple activist groups who organize protests and work on providing safer and more accessible healthcare for women. President Alberto Fernández stated that one of his missions was to stop criminalizing the procedure and unfairly punishing "vulnerable and poor women.” He believes that the women who were subjected to the aforementioned laws were "the greatest victims" of Argentina's legal system. Statistics on abortion in Argentina support his belief that criminalizing abortion doesn’t decrease abortions themselves; instead, it makes it even more dangerous. According to CNN and President Fernández, more than 3,000 people have died in the process of performing an illegal abortion since 1983. The Human Rights Watch reports that “nearly 40,000 women and children in Argentina were hospitalized in 2016 as a result of unsafe, clandestine abortions or miscarriages.” These numbers showcase the dire need for the change in legislation and the impact this new law has on so many people.

Argentinians have been fighting this battle for a long, long time, with many women going to jail for advocating for reproductive rights. In March 2020, President Fernández began to speak about reintroducing the 14 week abortion bill. Unfortunately, at the same time, COVID-19 forced the country to go on lockdown. However, activists and groups held Fernández accountable for his promise and continued to push for the legislation to get passed. La Malano, an activist group that was founded in 2010, helps women going through an abortion receive proper information and healthcare. Abortion was criminalized to the point that women couldn’t receive important information concerning the procedure, which became one of the leading deaths in maternal women, but groups such as La Malano seek to fill that gap. Many Argentinians were also pushing for this bill to be passed because a similar bill that unfortunately ended up losing in the Senate with a 38 against and 31 in favor vote was almost passed in 2018. Four Congresswomen had introduced the bill then, and to see it finally get passed is significant not only for them, but for many other women across the world as well.

The impact that this new law could have on other countries is substantial. Only three other countries in Latin America allow for abortion in early stages of pregnancy, but even then it is extremely difficult to actually receive one. Many Latin American countries do not allow for cases of abortion or even miscarriages, with punishments resulting in decades spent in prison. This legislation has the power to start a wave for reproductive rights movements all around the world, starting with Latin America. According to The Seattle Times, you can already see a shift. The green handkerchief, which was used in Argentina as a symbol for the effort, is being displayed by people in other countries as their new symbol to fight for their reproductive rights too. While this vote directly impacted the people in Argentina, it extends to women’s rights advocates everywhere.