A Home Run in the Making: Kim Ng's Historic Hire

Kim Ng’s hire as the first Asian-American and woman to be a general manager in the MLB is a historic moment for women in baseball, and all sports

Elizabeth Jones
and
December 9, 2020
in
Representation
Courtesy of Joseph Guzzy via Associated Press 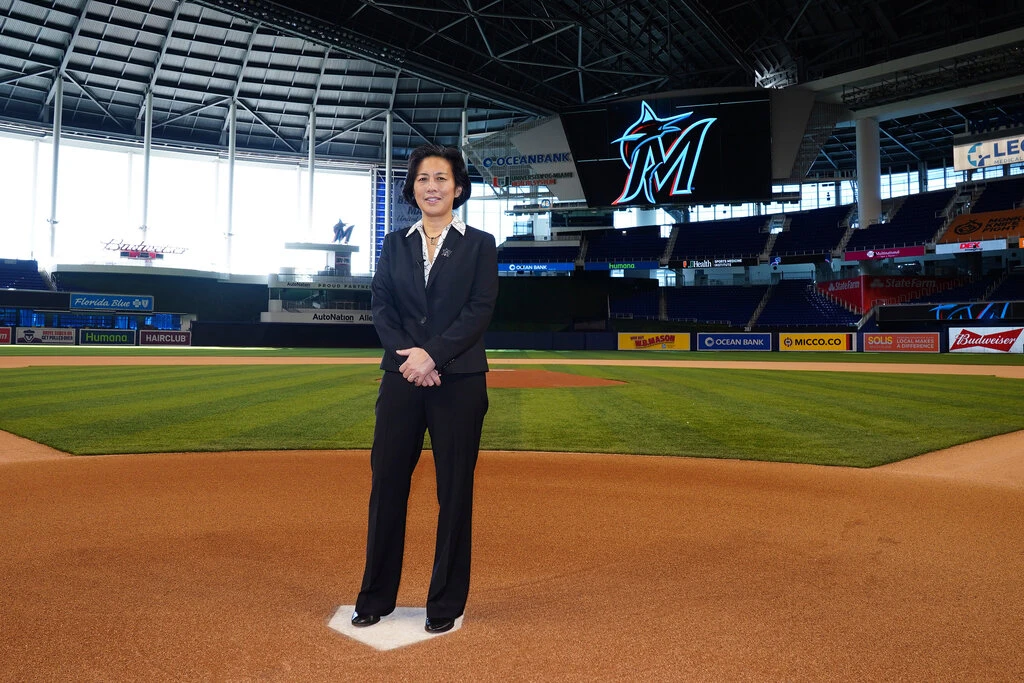 Kim Ng was hired by the Miami Marlins in November as the Major League Baseball’s (MLB) first Asian-American and woman general manager. She has been working in baseball since 1990 when she was an intern for the Chicago White Sox. Only a few years later, she became baseball’s youngest assistant general manager when she worked for Brian Cashman and the New York Yankees at just twenty-nine years old. Over the last three decades, Ng’s career has grown significantly though both sexism and racism tried to hold her back.

In 1998, Ng said, “Someday I hope to be a general manager.” She did add that she, “didn’t realize it was a possibility until quite recently.” She then interviewed, for the first time, for a general manager position with the Los Angeles Dodgers seven years later in 2005. She did not get the job but continued to take interviews for this position with several different teams for years to come. Even though she kept taking these interviews, many believed that the MLB was going to remain a place where the top positions were left solely for men. Rosalie Resch, the University of Chicago’s interim director of athletics, spoke on this when she told the Washington Post, “It was kind of like: ‘Dang! She should’ve been the first [female] general manager in Major League Baseball.’”

When Ng first interviewed for a general manager job, she had 15 years of experience in the MLB and all the necessary qualifications. It seemed to her and many others that the only reason she did not get the job was because she was an Asian-American woman. However, she persevered. As she continued to rise in baseball and fight for the general manager position she had long coveted, Ng broke more and more barriers. She garnered three World Series rings, became the youngest person and second woman to work as an assistant general manager, and worked as the senior vice president of baseball operations.

Thirty years in the making, Ng was finally hired as a general manager. On November 13, the Miami Marlins made the announcement of her hire, sparking joy among many baseball fans.

As the highest ranking woman in professional sports management, this is a significant achievement for women in all sports. Sarah Spain wrote in an article for ESPN, “...it was both a cause for celebration and a moment to think of those who came before her and were denied. Because, of course, the problem has never been women not working hard enough, being knowledgeable enough or ‘fitting in.’”

Ng is both elated and proud to represent women and Asian Americans in professional sports. “But I think that really is a testament to where we are. People are looking for hope. People are looking for inspiration. I’m happy that this is a part of it,” she said at her introductory news conference. She also said, “Anybody who knows me knows that I have spent countless hours advocating for young girls, advocating for young women, and really trying to help them advance their careers… That’s something that is so important to me.”

Kim Ng’s hire as the first Asian-American and woman to be a general manager in the MLB is a historic moment for women in baseball, and all sports.