"I began to see that the film was able to shine a spotlight on all colors except Black."

Chelsea Pujols
and
September 12, 2021
in
Representation
Courtesy of Vogue 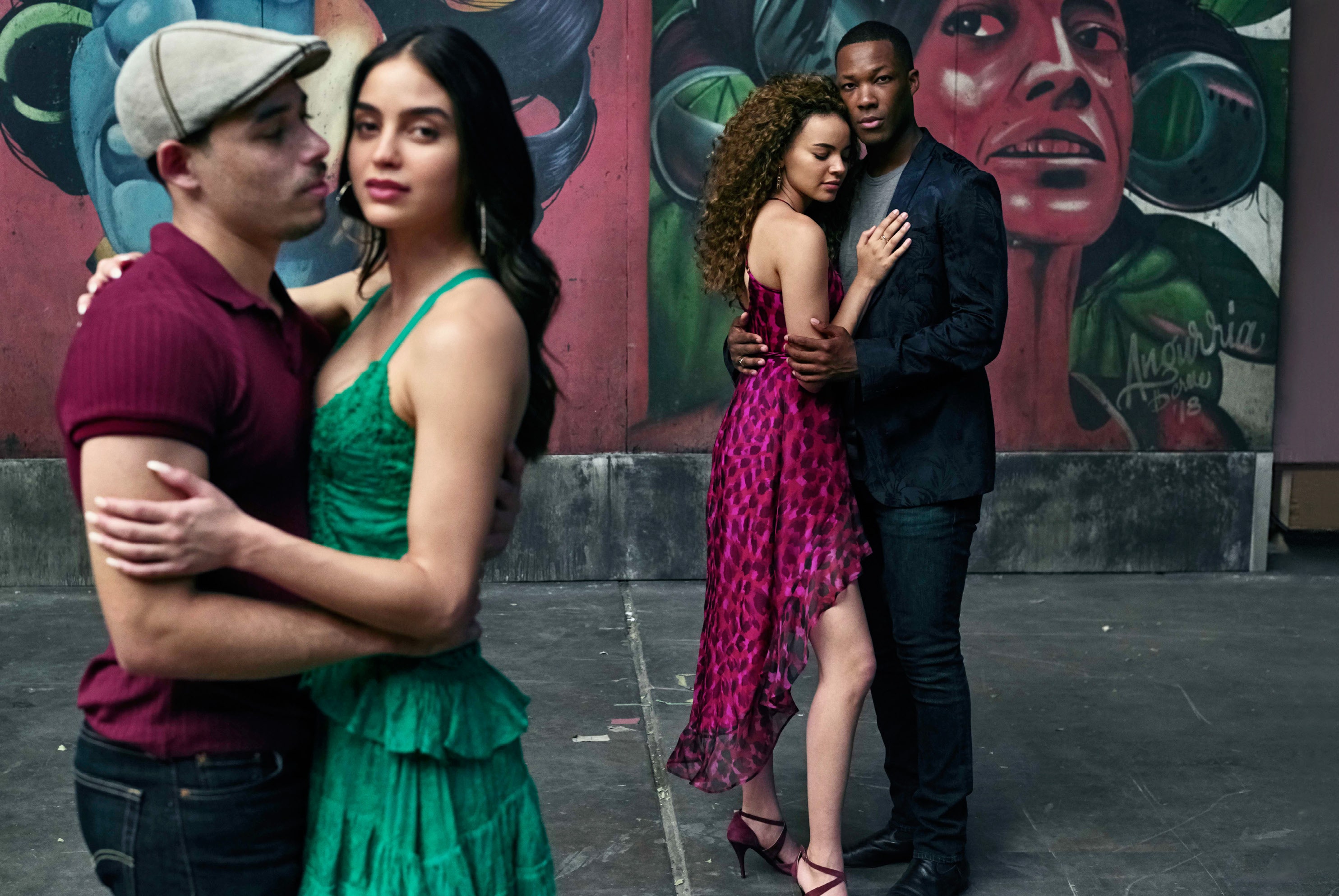 In The Heights has continued to make an impact in more Latinx lives through their television screens or the silver screens at local movie theaters, making a gross revenue of thirty-six million dollars (certainly more than ninety-six thousand) but with it has come criticism, praise, controversy, and support for Miranda’s musical, launching articles like “In the Heights: Can one film bring joy- and spark a Latino conversation on race?” (Nicole Acevedo, NBC News) and “On ‘In The Heights,’ Imagination, and When ‘Latinidad’ Falls Apart.” (Teen Vogue, Alan Pelaez Lopez.)

Both articles bring up the lack of Afro-Latinx leads or cast members in the film, and how colorism has divided the Latinx community. Lopez writes, “Black social media users are asking one simple question: why center light-skinned actors in a film about a predominantly Dominican neighborhood if the goal is to uplift oppositional narratives that often flatten Latinx characters to stereotypical tropes while also erasing Black, Indigenous, and Asian diasporic subject?”

And I must agree with Lopez. Being born to a morena (Black) mother and a white father, I have always seen all the colors of my country: white, tan, dark, and everything in-between, but I always seem to see one color being represented. As the initial starry-eyed, heart swelled feeling left as I walked away from the movie theater, I began to see that the film was able to shine a spotlight on all colors except Black.

But one can argue that there were Black dancers and extras, just as director Jon M. Chu has. When asked about the Afro-Latinx representation in an interview with Felice Leon, he replied with “We tried to get the people that were best for the roles...Did you not see that in the dancers as well?” Melissa Barrera, who plays Vanessa, echoed this sentiment and stated, “In the audition process-which was a long audition process- there were a lot of Afro Latinos there, a lot of darker-skinned people and I think they were looking for just the right people for the roles.” I personally did not feel right listening to those answers because I kept thinking to myself, what does “best” mean? What does “right” mean? Was cutting out the story of the two darker skinned leads, Nina and Benny, “best?” Was excluding a whole group of people from the representation of their country “right?”

This also brings me to another point of contention which is the role of Usnavi, played by Anthony Ramos. I am personally a fan of his, and appreciated the charismatic energy he brought to the role, but I can’t help but wonder how the movie could’ve been different if Usnavi was played by an actual Dominican. Although Puerto Ricans and Dominicans are similar, (we share similar foods, music, culture, and slang,) this “close enough” ideology has become unfair to the Dominican talent looking for their big break or debut.

The only Dominican Talent I can think of that have had their moment in the spotlight have been Cardi B, Jharrel Jerome, and Zoe Saldana, which I am a fan of all of them and I look forward to seeing their work continue in the future, but why are we stopping at three? Why do we continue to see so many of the same people on screen, and continue to exclude people who can bring something different to the table? (Or in this case, to the big screen.)

In The Heights has also brought a lot of positive moments, which have gotten lost amid the controversy. It was personally heartwarming to see Leslie Grace playing Nina, even if a lot of her original storyline was cut from the film. I have a lot of memories of seeing her in Colgate commercials in between the 6 o’clock news and telenovelas on Univision, so it was personally very exciting to see her on the big screen. I hope that this opens the door for more Dominican talent not just as leads, but behind the scenes as well. The film opens the conversations of racism and exclusion of Latinx people in colleges and universities, via the story of Nina’s family selling their business to be able to support her education, Nina feeling out of placed and having her items searched at her dorm due to racial bias, and Sonny comtemplating his college planning experience due to being undocumented, which are all extremely real experiences. According to the National Center for Education Statistics, the dropout rate has decreased from 16.7% in 2010 to 7.7% in 2019, but still remains higher than the white dropout rate, which is 4.1%. This film opens the conversation that these percentages are the way that they are due to racial, financial, and legal privileges, which is a conversation that needs to be had, especially since student loan debt and college tuition prices have become a hot topic in the media and politics lately.

Actor Xavier Reyes talks about the controversy surrounding the film in Acevedos’ work, stating: “The tone it took, it was leaning more towards ‘let’s cancel this movie, that it’s not good, let’s not support it...That’s why it made me a little sad because I feel like it clouded a beautiful, important moment for BIPOC artists and storytellers.”

Others seem to agree with him too. I have been able to ask my followers on Instagram about their honest opinions concerning the film. (Names will be kept anonymous for privacy.) Here are some of their answers:

“I personally love In The Heights and Lin Manuel Miranda. He has made a ton of latinos like me feel represented. He has celebrated our culture and embraced it, and has made being Caribeña/o/x cool. Puerto Ricans, Dominicans, and Cubans are always associated with negative stereotypes...Lin Manuel Miranda is changing that narrative...No one else has made a movie musical like In The Heights. However, it is progress, not perfection.”

“I think the movie was very well made and from someone who wasn’t born in this country, it touched a special place in my heart and it’s a movie that every single Caribbean should watch and appreciate.”

I also had the chance to speak to Arianna Santos, an extra and dancer who appeared in scenes with Leslie Grace and Corey Hawkins, who play Nina and Benny. When asked about how she felt about the reactions, criticism and praise surrounding the movie, she replied:

“So I just wanna start out by saying how grateful I am to even be a part of the movie. My own personal reaction was just ‘WOW!’ Being a part of such an extraordinary and historic movie is more than I can ever ask for. When I heard the first positive review, I felt like I did something right. Even though my part was small… I was still a big member of the cast. Now, when I started to see all the criticism, I felt like it was my job to speak about it. I honestly understand how people would feel the lack of Afro-Latinx. You always want to see your people being represented in the media. But, if people aren’t auditioning, there isn’t really anything that can be done. The job of the crew, cast, producers, directors, and casting directors is to make the movie the best possible movie it can be. So, I trust the decision of the casting directors, but I will say this...I really hope to see more Black and Afro-Latinx people auditioning for these main roles and getting them. I wish the absolute best for all Hispanic, African American, Afro-Latinx, and all other actors who enter into this business. It’s a tough and competitive business. Just find happiness within all the criticism.”

How Hard It Must Be For You! (Extended)