A Clash of Countries: The People Should Be the Priority

In a lesser-known issue, Venezuela has found itself in a humanitarian conflict – one likely to start what will be Latin America’s first famine in over a century. 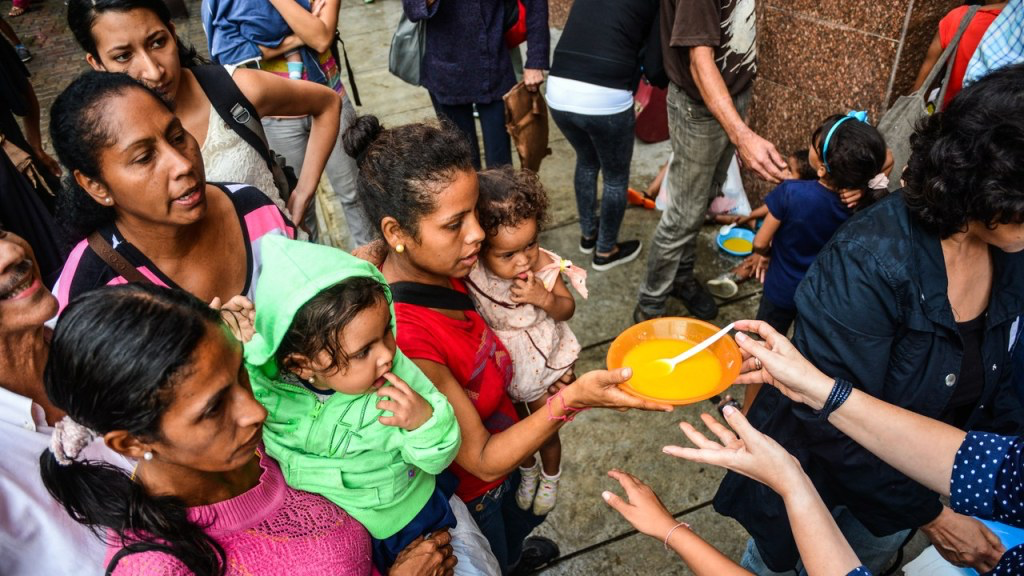 Venezuela has found itself in a humanitarian conflict – one likely to start what will be Latin America’s first famine in over a century.

On January 10, 2019, Venezuelan President Nicholas Maduro was sworn in for a second term, following an election plagued by opposition boycotts and rumors of vote-rigging. The controversial leader has previously been accused of mismanaging the economy and silencing any voices that challenge him. Almost two weeks later, politician Juan Guaido declaring himself “acting president” during an opposition rally in the nation’s capital. Venezuela’s two rival leaders have polarized international community, in which the western countries (US, Canada, Australia, UK) have thrown support towards Guaido, while countries such as China, Iran, Russia, and Turkey favor Maduro.

As a means of ousting Maduro, the Trump administration placed sanctions on Venezuela in January, restricting Venezuela’s ability to sell assets and barring the government from trading oil with the United States. The US aimed to cut off funding for Maduro’s regime in hopes of forcing him to resign, thereby allowing Guaido to formally lead.

However, even though the Trump administration claimed that sanctions would have no negative effect on Venezuelans, several reports indicate that between January and April, the country imported a third of its imports last year, representing the economic downfall and humanitarian catastrophe we see currently.

The nation is at near-starvation levels, where the minuscule amount of imports Venezuela is able to afford is not enough to feed its people. The US sanctions that ultimately sever Venezuela’s foreign purchases are making for an increasingly poor and desperate civilian population.

Food isn’t the only import that the country lacks: Venezuelans have little to no medical supplies and basic healthcare, much less access to the already decreasing amounts available.

In addition to the lack of basic human necessities, the current government has been reportedly conducting out-of-court killings where Venezuelan “death squads” have murdered thousands and covered up these deaths.

America’s sanctions are proof of the current administration’s short attention span, where hasty decisions – such as sanctions on countries in governmental ruin – become neglected and ignored as soon as they backfire.

Rather than adding to Venezuela’s humanitarian crisis, the US should be advocating for free elections in Venezuela. Democracy doesn’t happen by causing famines – it comes with compromise, peacemaking, and policymaking that puts the people first.