A Chinese international student describes their experience with stereotyping.

Balying Hu
and
November 1, 2020
in
Race
Courtesy of ABC 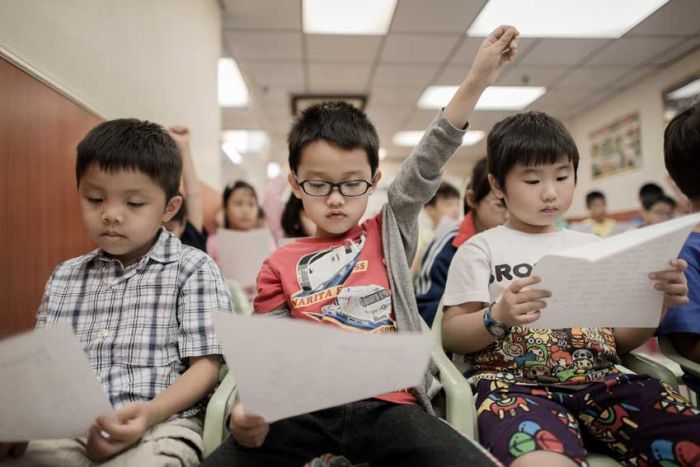 Honestly, when I was invited to take part in redefy and asked to write a story about stereotypes, racism, discrimination, etc., I was really nervous and confused, since I knew nothing about those topics except from the figures that appeared in my SAT essay examples like Martin Luther King, Gandhi, and Billie Jean King (SHAME ON ME). But after much consideration and deliberation to search for the relationship between me and those areas of social justice, I found a lot. Yes, I am always involved in stereotypes and they do affect me deeply.

There is always a stereotype in China that American students do not study as hard as Chinese students do. After the experience of having Cornell Summer Session argumentation and debate class, that stereotype was just eradicated for me. When it came to lecture, you could hear all of the American students discussing devotedly and with a high academic level. When it came to homework, a great number of American students would do their best to finish the composition. When it came to an exam, US students would always acquire the highest score. These phenomena, which I had never seen before, really shocked me and made me a little bit nervous at the beginning of the lesson. I will take Nick, who is also a member of redefy, as an example: During the lecture, he would follow and communicate with the professor actively. Every question he raised had a high quality and relevance to the topic. When it came to homework and exams, he would always have the highest scores. Nevertheless, he was also interested in social activities and attended several parties. I am so impressed by him and he is a model for me to follow.

However, after the eradication of the stereotype in my mind, I still wonder why the stereotype, that Chinese students are hardworking and American students are not, has existed for so long in the minds of others. From my point of view, neither side of the stereotype is necessarily true. It is admitted that Chinese students have heavy workloads during their early ages. Since competition is much fiercer in China than in other countries, children are encouraged to learn and absorb more when they are pretty young, a method by which some children can exceed others. This is why it may seem that Chinese students are hardworking. Nevertheless, when students finally pass through the GAOKAO, which is an exam like the SAT and the only standard by which students are measured for college admissions, a great number of them just refuse to move on now that they do not have to endure the pressure anymore and have become adults. In this way, a lot of students do not work hard anymore when they are in college and become confused about what to do when they finish their study. This is a typical example of a normal Chinese student. On the other hand, American students are not idle. Based on my knowledge, US parents encourage their kids to explore nature and to play. After all, children are predisposed to playing by nature. What’s more, when children become older, they increasingly learn responsibility, duty toward the society, honesty, and all of the qualities required as a citizen. This is also a preparation for college. When it comes to college and university, US students are adults and they need to be responsible for themselves and they need to figure out what they long for and what is worth fighting for. In this way, a great number of students choose to work hard only when they enter college. This is the biggest difference between Chinese and American students and the source of the stereotype. In reality, it is not true that Chinese students are hardworking and US students are not. It is all about what stage in their respective educations they are, kind of explaining why more and more Chinese students are choosing to study in America.

In addition, I would like to mention another point. There is a stereotype that yellow people are not as strong or flexible as black people and white people. Even a lot of Chinese people do not have faith in themselves and always say that Asian people do not have the innate strength that whites and blacks have. In my opinion, this point of view is totally ridiculous and disregards the efforts made by Chinese athletes and people who love sports. There is no evidence to support that black people or white people can do 20 more push-ups than Chinese people. And what we do have evidence for is that Chinese athletes always have incredible accomplishments at the Olympic Games. Most important, we are always making breakthroughs. Li Na, who is my favorite athlete, won two Grand Slam titles during her magnificent tennis career, a feat not achieved by many other athletes. Whether she is Chinese or not, however, has had no bearing on her success in tennis; her success has been a result of her effort. If we are stuck in the stereotype, we give ourselves an excuse, that since Chinese are not good at sports, we won’t pursue them. It is absurd and not acceptable. What we should do is to break this barrier and find what we love and what is worth fighting for to us.

I am really honored and proud to be a part of redefy and make contributions to eradicating stereotypes, racism, and discrimination. Going forward, I will learn more about all of these topics, including those that were not mentioned before.