A 55 Year Journey: Sexism in STEM

Donna Strickland becomes the third woman to win the Nobel Prize in Physics since 1901.

Shreya Joshi
December 21, 2019
November 25, 2018
in
Representation
Courtesy of the Guardian 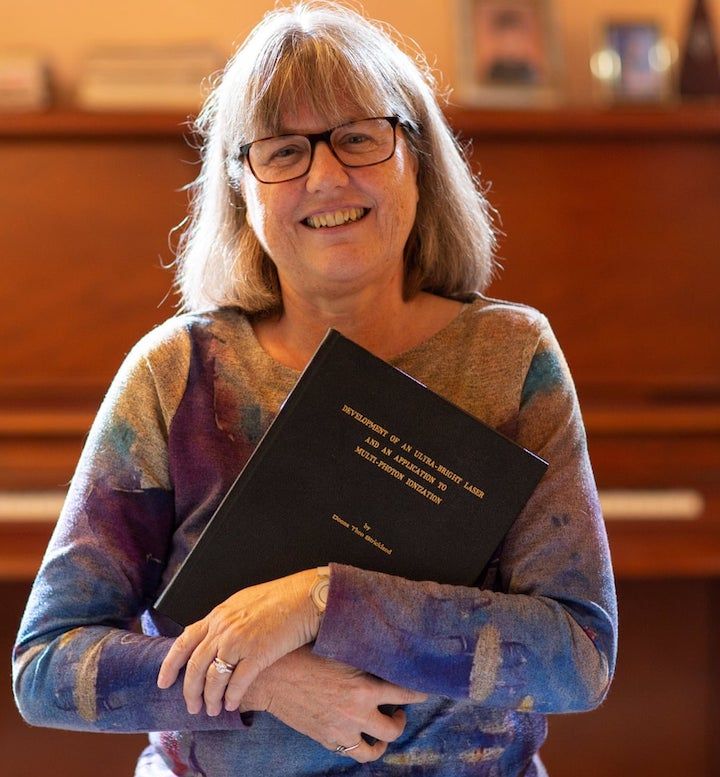 Historically, the Nobel Prize has almost exclusively been granted to men. In fact, until last month, only two women had ever won the award since 1901. This October, that number rose to three.

For the first time in 55 years, a woman won the Nobel Prize in Physics. Donna Strickland, an associate professor of physics at the University of Waterloo, made headlines when she received the prestigious award for her work on high-intensity laser pulses. She shared the award with French physicist Gérard Mourou with whom she was working as a graduate student when they published a groundbreaking scientific paper in 1985. Their method, known as chirped pulse amplification, allowed for more precision in laser technology and has allowed for several real-world applications, including Lasik eye surgery. Dr. Arthur Ashkin was also awarded the 2018 Nobel Prize in Physics for his work in inventing laser tweezers, which can trap and hold onto individual atoms.

Unlike her fellow award winners, her biography was noticeably absent from Wikipedia at the time of the prize announcement. However, this wasn’t simply an overlook, it was purposely done. In May, a Wikipedia user tried to set up a page for Strickland, but the user’s request was denied by an editor with the following message: “This submission’s references do not show that the subject qualifies for a Wikipedia article.” At the time, Wikipedia deemed that Strickland had not yet received enough coverage on the internet to warrant a page. Wikipedia requires that a scientist is widely published, receive media attention, and is a winner of significant prizes before a page is published. Yet, all of these criteria are in favor of men.

Of the 844 people who have won Nobel Prizes, fewer than 50 are women. Of those, only 20 are in scientific fields. From this statistic, the persistent gender imbalance in STEM is apparent. While women are generally underrepresented in STEM-related fields, even greater disparities exist in physics and computer science fields. The rate of women tackling professions in these departments is moving at a glacial pace. Many attribute the slow progression of women in these fields to the stereotype that shrouds it. Science, particularly physics, is often perceived as “masculine” because it has so long been a male-dominant area. Additionally, until recently, the majority of scientific study was conducted by men because women were either actively excluded or made to feel unwelcome.

Institutions of science, overall, need to do a better job of making women feel welcome in the workplace. The day after Strickland won the prize, a senior scientist at CERN (European Organization for Nuclear Research), the organization which operates the world’s most powerful particle accelerator, stated “physics was invented and built by men, it’s not by invitation” at a scientific conference. Though the scientist faced widespread backlash and was suspended, this still does not change the realities that many women in STEM face every day. According to a report published by Pew Research center, 50 percent of women in STEM have experienced gender discrimination while working, and 36 percent say that sexual harassment is a problem in their workplace.

Strickland’s historic win is just a small first step to increase the visibility of women in physics and other STEM-related fields. However, more still need to follow.