As odd as the concept may sound now, writing as a profession was primarily considered an activity unsuitable for women in the late 18th and 19th centuries.

Tanusha Paine
and
April 7, 2022
in
Representation
Courtesy of Pinterest 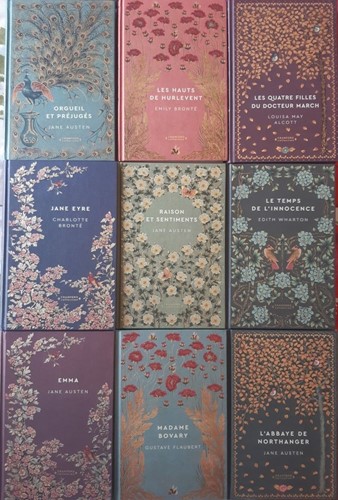 As odd as the concept may sound now, writing as a profession was primarily considered an activity unsuitable for women in the late 18th and 19th centuries. It was deemed the most 'unladylike' activity because it diverted a woman's attention from marriage and family. Contemporary critics even went as far as to compare women writing for money with prostitutes, which made the whole thing even more scandalous. But even at that time, some women defied the preexisting social norms and made it easier for the women authors of today to pursue their careers in writing. In Women's History Month, here is a list of a few of the many female authors who were years ahead of their time.

Although not the first English female novelist, Jane Austen remains one of the most recognizable female writers of all time. Like many women authors at the time, Austen published her books anonymously. She did not choose a male pseudonym, and her books were tagged 'By a Lady.' However, her anonymity was revealed after the massive success of 'Sense and Sensibility (1811) and 'Pride and Prejudice' (1813). Even the Prince Regent, the later King George IV of England, admired her novels and kept a set at each of his residences. Austen was even asked to dedicate her next book 'Emma' (1816), to Prince George, even though she hated him for his flamboyant lifestyle.

After this, Austen would go on to write three other major novels, including 'Mansfield Park' (1814), 'Northanger Abbey' and 'Persuasion,' the last two of which were published posthumously in 1818. Through her funny and romantic writing style, Jane Austen gave a brilliant insight into the institution of courting and marriage. She imbued feminist values in her witty protagonists long before those values were considered mainstream.

Popularly known as the wife of famous English poet Percy Bysshe Shelley and the daughter of the "fore-mother" of the British feminist movement, Mary Wollstonecraft, Mary Shelley (née Godwin) also has a recognition of her own as the "Mother of Science Fiction" for authoring the Gothic, epistolary novel 'Frankenstein' (1818). Mary is said to have conceived the idea of the novel when she was holidaying near Lake Geneva, Switzerland, with her husband and Lord Byron, the latter of whom told each of his intellectual companions to compose a ghost story. Thus, it may be pointed out that Frankenstein, in many ways, is a horror story where the demon is very much a part of Victor's self. The author herself gives such hints when she writes about the monster regretting his existence: "Accursed creator! Why did you form a monster so hideous that even you turned from me in disgust?

Shelley portrays in this book how one's creation becomes their enemy. The antagonist ends up massacring everyone close to Dr. Frankenstein, ultimately driving the latter to death.

Thus in this earliest version of a psychological novel, the author explores the adverse effects of scientific advancement, the working of an intellectual mind, familial relations, and even love (although ill-fated). One important moral lesson that Frankenstein conveys is that it is dangerous to interfere with natural processes or "play God," which Victor Frankenstein does knowingly or unknowingly.

The eldest of the three Brontë Sisters, and the last one to survive among them, Charlotte Brontë was one of the most acclaimed female authors of the conservative Victorian Era. Brontë revolutionized Women's literature and rendered England's society speechless with her creepy Gothic Romance 'Jane Eyre' (1847) that she wrote in the nom de plume of Currer Bell. The book focuses strongly on Christian morality and sensitively approaches the topics of class and feminism. The author again relates the struggles of the titular character as she tries to sympathize with Mother Nature. Jane Eyre's calm and feminine disposition is often juxtaposed with the philosophical thoughts that the author confides in the book.

"I am no bird; and no net ensnares me; I am a free human being with an independent will."

-Such a proclamation of the eponymous heroine proves the clarity and freedom of Brontë's mind, all while being a dutiful sister and wife.

Through her writings, Charlotte Brontë broadened the "literary" genre and proved that women could write bestsellers. It is said that Jane Eyre increased in sales once Currer was a woman because it was then seen as a "scandalous book"!

Louisa May Alcott, who described herself as a "man's soul put by some freak of nature into a woman's body," never thought she could write a novel with female protagonists. But when her publisher persuaded him to write a story targeted at younger female readers, she ended up creating one of the most famous American classics, ' Little Women' (1868-69). Following the instant success of the book, Alcott confessed having drawn inspiration for the book from her three sisters– the eldest Anna Alcott Pratt, Elizabeth Sewall Alcott, and Abigail May Alcott Nieriker, who were respectively the motivation for Margaret "Meg" March, Elizabeth "Beth" March and Amy Lawrence. This semi-autobiographical work, Josephine "Jo" March, is based on the author herself. But whereas Jo marries at the end of the story, Alcott remained single throughout her life, playing an active role in reform movements such as women's suffrage, feminism, and abolitionism.

The title 'Little Women' itself makes the book unappealing to men. But what most of them fail to consider is its portrayal of women's dreams equal to that of men. When the female protagonist grieves her sister's decision to marry young, Meg reminds her, "Just because my dreams are different from yours doesn't make them unimportant."

"Women have minds, and they have souls as well as just hearts. They've got ambition, and they've got talent as well as just beauty. I am so sick of people saying that love is just all a woman is fit for. I'm so sick of it! But—I am so lonely." Jo confides in Marmee at the later part of the story the same condition of her heart. She wants to be ambitious and successful, but at the same time love unselfishly. But to love is to sacrifice, which Jo eventually ends up doing at the end of the book. She settles on Professor Bhaer, who is in all terms a 'second choice' and gives up her literary career to operate a school for boys and girls.

Another thing that makes this book a literary classic is its lack of a personified villain. The chief evil that must be fought and subdued are each character's flaws, whether it's Jo's temper, Laurie's laziness, or Beth's shyness.

The first female recipient of the Pulitzer Prize for Literature, Edith Wharton (née Jones), was born into a wealthy and socially prominent family of New York, having made their money in real estate. Her insider's knowledge of the upper-class New York "aristocracy" and that of the lives and morals of the Gilded Age helped her to compose her most well-known works, such as the epistolary novel 'House of Mirth' (1905) and the blockbuster 'The Age of Innocence' (1920).

One of the books on everyone's summer reading list, 'The Age of Innocence', is chosen because of its accurate portrayal of the late 19th century New York society. Since the author didn't start to write before her forties, this book is based mainly on the New York the author perceived in her childhood. This book witnessed firsthand the hypocrisy of the elite lifestyle while the books based at a later period laments the decline of elitism in New York as an aftermath of World War I.

The novel's main female character, the "poor" Countess Olenska, is a free-spirited divorcee who scandalizes New York society by living on her own terms. Though wary of her at first, the hero, lawyer Newland Archer falls for Olenska's unconventional ways instead of being engaged to her cousin May Welland. May is perfect, genteel, and the very personification of the New York Society that is somewhat consoling to Archer. But through Olenska, Archer begins to question his obligation to society and family and even contemplates running away with Ellen until May reminds him of his duties by announcing her pregnancy. Thus Archer remains in his conventional marriage throughout the novel, though his love for Ellen casts a shadow over his entire life. In the last scene, though Newland is free to marry after May's death, he walks away from Ellen's balcony, suggesting that he has accepted his complicity in obeying social conventions.

Perhaps, in this book, Wharton made a critical analysis of the New York Society and its strict social protocols. Still, she saw its purpose of handing down values and replicating culture. Order, loyalty, tradition, and duty are all values upheld and criticized in her novel. One question that comes to readers' minds after reading 'The Age of Innocence' is whether to follow society's expectations or one's dreams. However, the correct answer to this question can only be determined by the readers.

The most recent author In this list of mine, half of the world's population would unanimously agree with her widespread influence in the field of English Literature. I mean, she created an entire alternate universe and one of which almost everyone is more or less aware of. Since the Harry Potter series is a children's novel, death and the divide between good and evil are its central themes. Despite many criticisms it faced, Harry Potter is now one of the world's biggest active fandoms.

Certain studies have revealed how it has inspired and inspired a digital generation to pick up a book and read. Rowling's Hogwarts paints education in a positive light; to be educated is an amazing opportunity that opens numerous doors and presents a world of opportunity. Also, most of Hogwarts' professors are charismatic, inspiring, knowledgeable, and genuinely care for their students. All of this not only has a positive impact on children but also on adults.

J. K. Rowling has authored books for adults and other series for children. Apart from writing, Rowling is an active philanthropist, having given a lot of donations to support the medical community and unprivileged children. In 2005, she founded the non-governmental charity organization Lumos, which promotes an end to the institutionalization of children worldwide. She has won several accolades for her achievements, including the Order of the British Empire and a fellowship of the Royal Society of Literature (FRSL). J. K. Rowling's success story is a true example of "Anything is possible if you've got enough nerve."

These were some of the few female writers whom I have idolized ever since I first read their works and learned of their lives. In the future, I'd like to discover the works of other female authors, particularly those who weren't that well recognized in society.